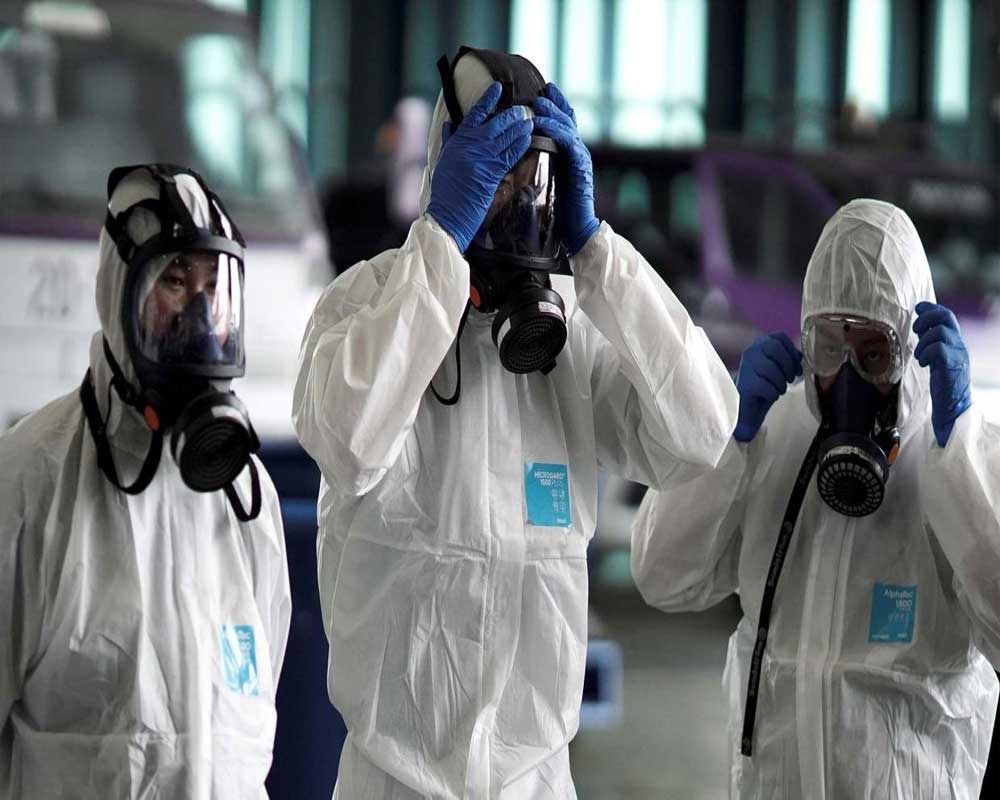 The virulence of the novel coronavirus continues to show a declining trend in China which reported 29 new fatalities, the lowest in weeks, taking the death toll to 2,744 while the confirmed cases climbed to 78,497, officials said on Thursday.

The country's National Health Commission (NHC) said it received reports 433 new confirmed cases of the coronavirus infection and 29 deaths on Wednesday from 31 provincial-level regions on the mainland.

Among the deaths, 26 were from the epicentre of the virus Hubei province and its capital Wuhan and one each from Beijing, Heilongjiang and Henan, it said.

In Hubei province alone 2,641 people died due to the virus since it erupted in December last year including 2,104 fatalities in Wuhan.

In all 34,978 people were hospitalised in Hubei province of which 6,581 were still in severe condition and 1,403 others in critical condition.

All over China, a total of 2,358 people were still suspected of being infected with the virus.

A total of 32,495 people had been discharged from hospital after recovery including 23,200 in Hubei province.

Bruce Aylward, an epidemiologist who led an advance team from the World Health Organisation (WHO), told the media in Geneva on Tuesday that China has changed the course of COVID-19 outbreak, noting that the rapidly escalating outbreak has plateaued and come down faster than the previously expected.

Aylward said the unanimous assessment of the 25-member team which conducted a nine-day field study trip to Beijing, Guangdong, Sichuan and Hubei is that besides adopting a science-driven agile response, China followed a pragmatic approach which is "technology-powered and science-driven".

"They are using big data, artificial intelligence (AI) in places," Aylward said, adding that China has managed massive amounts of data in finding each COVID-19 cases and tracing contacts.

However, President Xi Jinping, who presided over a high power meeting on Wednesday said while the positive trend in preventing and controlling the epidemic is expanding and economic and social development is rapidly recovering, the situation in Hubei and Wuhan remains "complex and grim as the risk of a rebound of the epidemic in other regions cannot be overlooked".

Xi said at this moment it is important to make unremitting epidemic containment efforts and accelerate all aspects of work in economic and social development.

He told the ruling Communist Party committees and governments at all levels to accurately grasp the epidemic as well as economic and social development situations to ensure winning the people's war against the epidemic and achieving the goals of building a moderately prosperous society in all aspects and poverty alleviation, Xinhua reported.