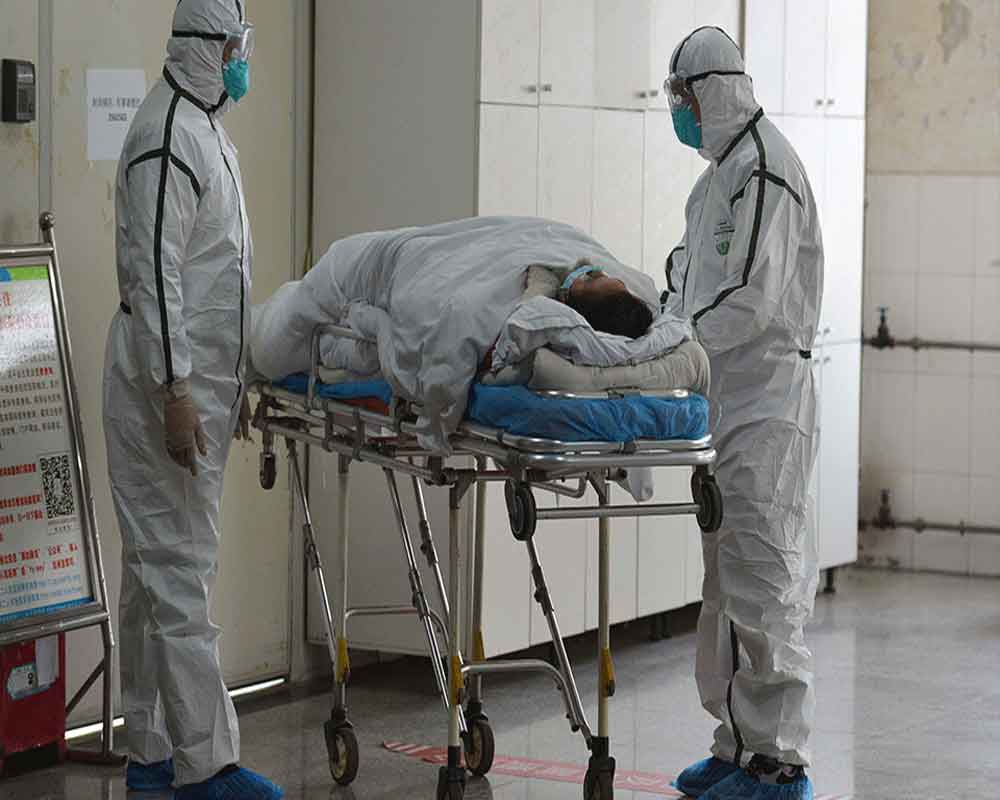 The death toll in China's novel coronavirus epidemic on Wednesday climbed to 2,715 with 52 new fatalities while the confirmed cases rose to 78,064, amidst strong signs of COVID-19 slowing down even at its epicentre Hubei province.

The country's National Health Commission (NHC) in its daily update said it received reports of 52 deaths, all from Hubei, and 406 new confirmed cases of the novel coronavirus infection from all over the country.

Another 439 new suspected cases were reported on Tuesday while the number of severe cases decreased by 374 to 8,752, it said.

Overall 2,491 people were still suspected of being infected with the virus.

A total of 29,745 people had been discharged from hospital after recovery.

The commission said 6.47 lakh close contacts had been traced, and over 79,000 are still under medical observation.

Wuhan, the capital city of the hardest-hit province of Hubei, remains the main battlefield for prevention and control of the coronavirus epidemic in the country, the NHC said.

Resolute efforts should be made to curb the rise in confirmed cases in the periphery of Hubei and other key provincial-level regions, He Qinghua, an official of the NHC told the media.

A joint prevention and control mechanism should be initiated between Hubei and its neighbouring provinces to help prevent the spread of the epidemic to neighbouring areas and provide materials, personnel and transportation support needed in Hubei, He said.

Hubei and Wuhan together with over 50 million population continue to be under lockdown since January 23 with all public and private transportation remained suspended.

Other key areas including Beijing, Zhejiang and Guangdong should enhance coordination with Hubei in prevention work, such as information sharing, to contain further spread of the epidemic, He said.

For lower-risk regions across the country, preventive measures should be adopted at the county level to avoid relapse of the epidemic situation while advancing resumption of work and production as soon as possible, He said, stressing efforts to step up disinfection and ventilation as well as passengers' temperature and health monitoring to reduce the risk of virus transmission amidst people's return trips.