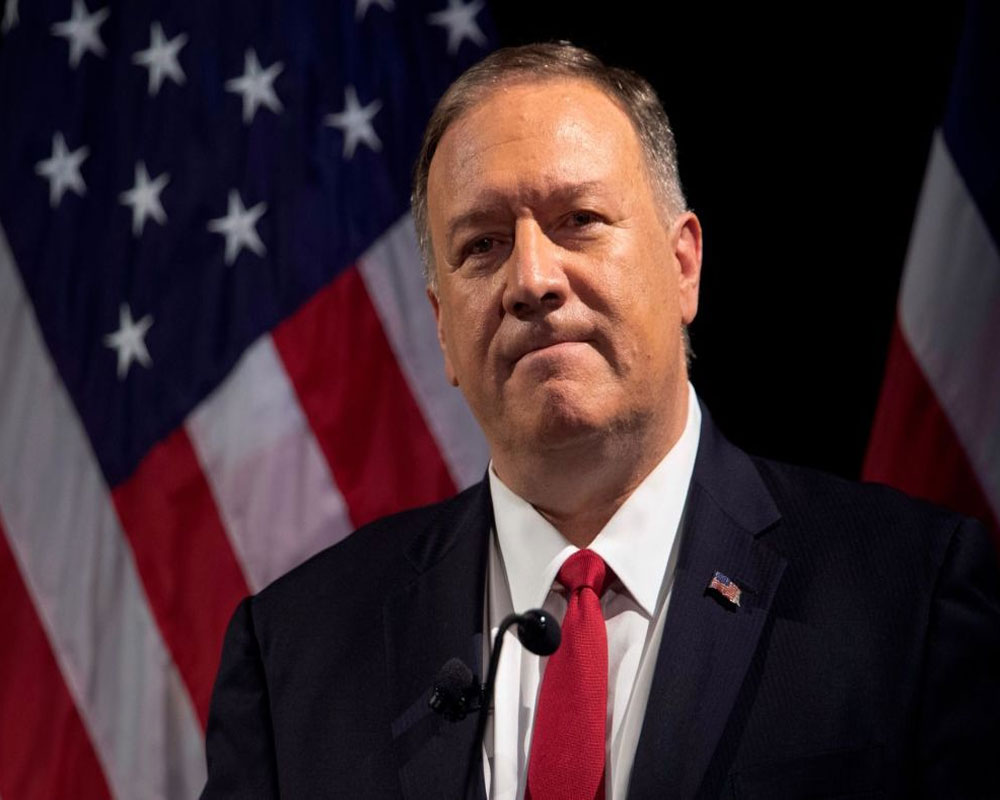 China is using a tactical situation on the ground to its advantage and it has been making threats, like the one that is happening on its border with India, for a long time, US Secretary of State Mike Pompeo said on Sunday.

Pompeo, responding to a question on the aggressive Chinese behaviour on the Sino-India border and the South China Sea during an interview with Fox News, said that the threat posed by China is real.

Threats like the one that is happening on its border with India, they have been making for an awfully long time, the Secretary of State said.

With respect to the Chinese Communist Party's military advances, they are real, Pompeo said.

General Secretary Xi (Jinping) is intent on building out his military capabilities. Our Department of Defence is doing everything it can to make sure it understands this threat, he said.

I am confident that under President (Donald) Trump, our Department of Defence, our military, our national security establishment will keep us in a position where we can protect the American people, and indeed we can be good partners with our allies from India, from Australia, from South Korea, from Japan, from Brazil, from Europe, all around the world.

We can be good partners alongside them and ensure that the next century remains a Western one modeled on the freedoms that we have here in the United States, he said.

Currently there are more than 60 bills in Congress, a majority of whom are bipartisan, against China, Pompeo said.

This is something that I think people all across the political spectrum understand is a real risk. I don't know which of those will make it to the President's desk. Last week there was one that had to do with the Uighurs in China.

I would encourage the members of Congress to continue to study this issue, to work to help this administration do the things it needs to do to prevent the Chinese Communist Party from its advances and to keep the American people safe. I know that they will. It's bipartisan, said the top American diplomat.

The Chinese Community Party of 2020 is a different one than it was 10 years ago, he said.

This is a Chinese Communist Party that has come to view itself as intent upon the destruction of Western ideas, Western democracies, Western values. It puts Americans at risk.

The list is long, whether it's stealing American intellectual property, destroying hundreds and millions of jobs here in the US, or their efforts to put at risk sea lanes in the South China Sea, denying commercial traffic the opportunity to move through, armed encampments in places that China has no right to be, Pompeo said.

The list of actions from the Chinese Communist Party is long, he said.

For the first time we have a President of the United States who is prepared to push back against that and protect the American people, he said.

They (the Chinese Communist Party) have become more aggressive in their efforts to do disinformation campaigns like we saw when the coronavirus was moving around the world, when they closed down their own province but allowed travel around the world, infecting hundreds of thousands of people. We saw the disinformation of that campaign trying to deflect attention, he alleged.