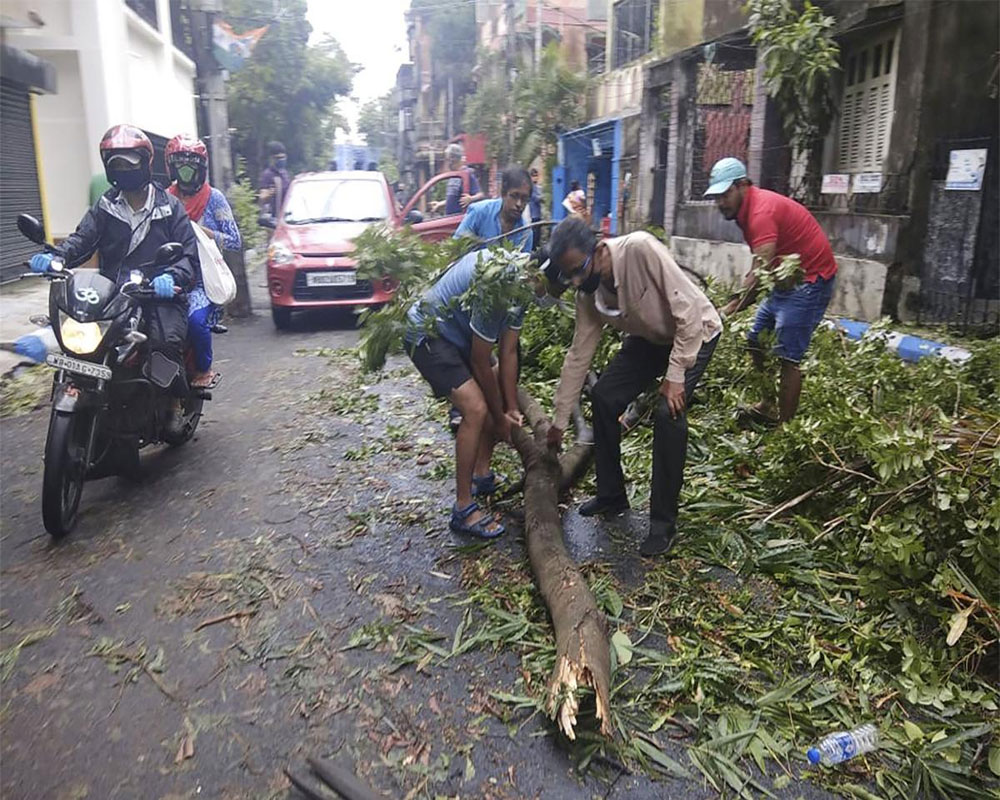 Bangladesh on Friday began assessing the damage caused by Cyclone Amphan that killed at least 22 people and left many displaced in the country's coastal areas.

Cyclone 'Amphan', the strongest to hit the region in nearly two decades, made landfall on Wednesday evening. It was the most powerful storm since cyclone 'Sidr' killed nearly 3,500 people in 2007.

The powerful cyclone has caused Taka 11 billion (USD 129 million) in damage to the housing, infrastructure, fisheries and livestock, water resources and agriculture in Bangladesh, according to initial government estimates, Md Enamur Rahman, state minister for disaster management and relief, revealed the figure in a virtual press conference on Thursday.

At least 26 districts across the country have been affected by the cyclone, the minister said.

The figures of damage include reports submitted by the ministries of fisheries and livestock, water resources, agriculture and local government, Enamur was quoted as saying by Bdnews24.com.

Around 1,100 kilometres of road in 26 districts, including Bagerhat, Khulna and Satkhira, have been damaged by the cyclone.

Energy ministry officials said around 20 million electricity connections, out of total 36.4 million across the country, were severed as the cyclone hit.

Meanwhile, the death toll from Cyclone Amphan has risen to 22 with more people found dead in Jashore, one of the districts hardest hit by the disaster, the report said.

Officials said most deaths were caused by uprooted trees and collapsing houses as the cyclone pummelled the country's coasts with gusting winds and heavy rainfall on Wednesday destroying countless homes, ripping out electricity poles and flooding large tracts of land in low-lying areas.

On Wednesday, the cyclone made landfall at 2.30 p.m. between Digha in West Bengal and Hatiya island in Bangladesh, flattening fragile dwellings, uprooting trees and electric poles.

The cyclone 'Amphan' started crossing the Bangladesh coast around 5 pm on Wednesday packing a wind speed of around 160 to 180kph rising to 200kph within 80km of its centre, meteorologist Abdul Mannan said.

Bangladesh shifted over 20 lakh people to storm shelters and deployed the military to deal with the powerful cyclone.

Leading global storm tracker AccuWeather on Tuesday described Amphan as the first super cyclone in the Bay of Bengal since 1999.