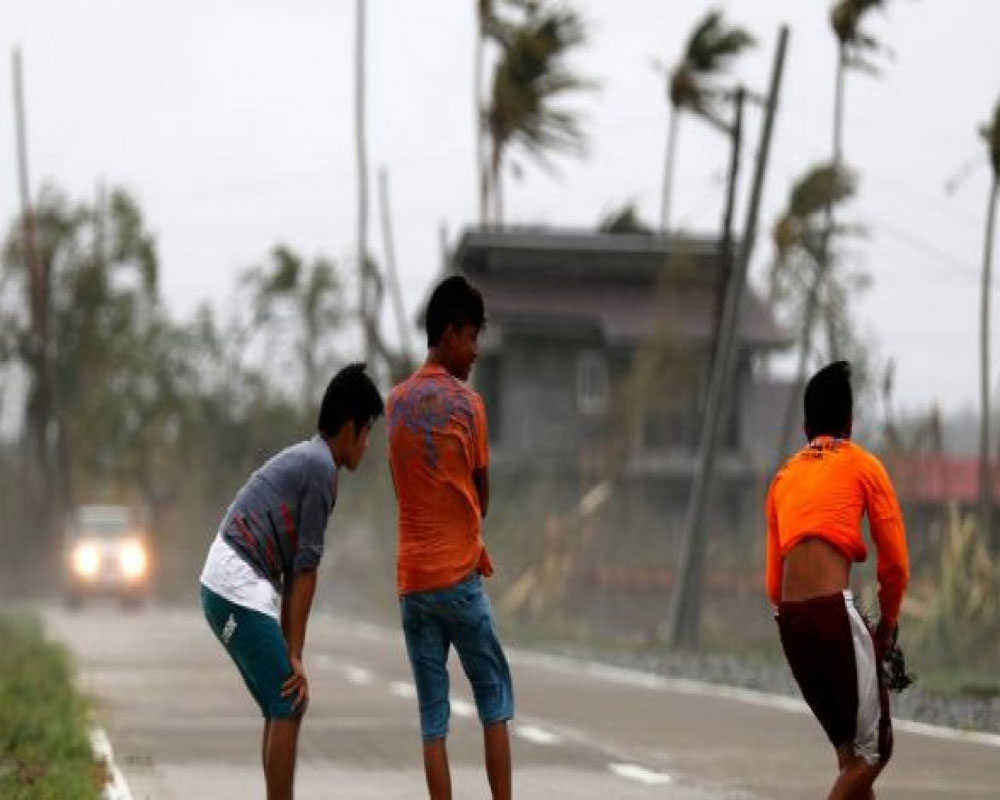 The death toll from typhoon Molave in the Philippines has increased to 16, while four other remained missing and 22 people were injured the government disaster agency said on Thursday.

In a report, the National Disaster Risk Reduction and Management Council (NDRRMC) said the typhoon, which lashed the Philippines from Sunday to Tuesday, also displaced over 242,000 peoplein the main island of Luzon and the central Philippines, reports Xinhua news agency.

Over 65,000 of the displaced people were currently lodged in 916 evacuation centres, the NDRRMC added.

Strong winds and rains from Molave have left extensive damage on crops and infrastructure, the agency said, adding the typhoon also triggered 63 floods and 22 landslides.

The typhoon also damaged at least 105 roads and 22 bridges in the affected regions.

The damage to agriculture and infrastructure is estimated at over 737 million pesos.

Molave made landfall in the country's eastern coast on Sunday night, bringing heavy rains and strong winds that toppled trees, power lines and caused massive flooding in the Philippines.

The typhoon, which left the Philippines on Tuesday morning, is the 17th tropical cyclone battering the Southeast Asian country this year.

About 20 typhoons and tropical storms pummel the Philippines each year.