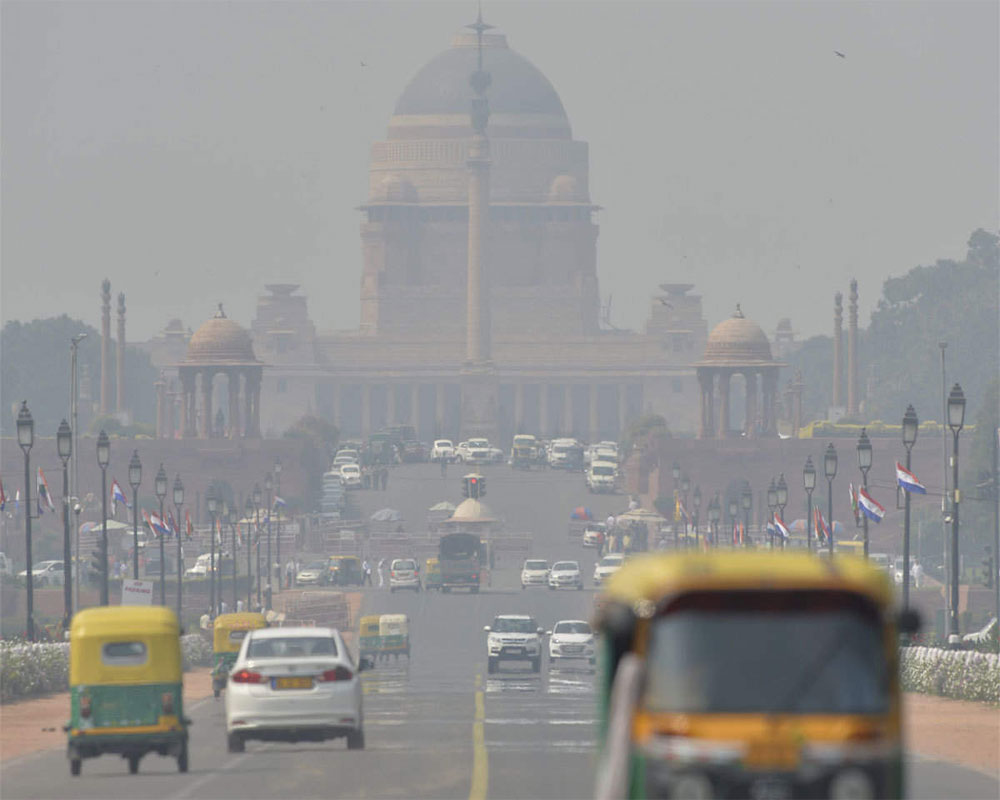 Delhi's air quality was recorded in the “poor” category on Friday morning, while central government agencies said it is likely to improve marginally due to favourable wind speed.

The predominant surface wind direction is northwesterly and the maximum wind speed 15 kmph, it said.

Around 600 farm fire counts were observed over Punjab, adjoining Pakistan and Haryana on Thursday, it said.

According to the Ministry of Earth Sciences' air quality monitor, SAFAR, stubble burning accounted for 20 percent of Delhi's PM2.5 pollution on Thursday. It was 8 percent on Wednesday and 3 percent on Tuesday.

The minimum temperature settled at 7.5 degrees Celsius on Friday – the lowest in the month of November in at least 14 years, according to IMD.

Calm winds and low temperatures trap pollutants close to the ground, while favourable wind speed helps in their dispersion.

Mixing depth is the vertical height in which pollutants are suspended in the air. It reduces on cold days with calm wind speed.

A ventilation index lower than 6,000 sqm/second, with the average wind speed less than 10 kmph, is unfavourable for dispersal of pollutants.

The IMD said the minimum temperature in Delhi will drop to 7 degrees Celsius by Monday, as cold winds have started blowing from hilly regions, which have witnessed a fresh bout of snowfall.

The minimum temperature this month, barring on November 16, has remained 2-3 degree Celsius below normal in the absence of a cloud cover, according to IMD officials.