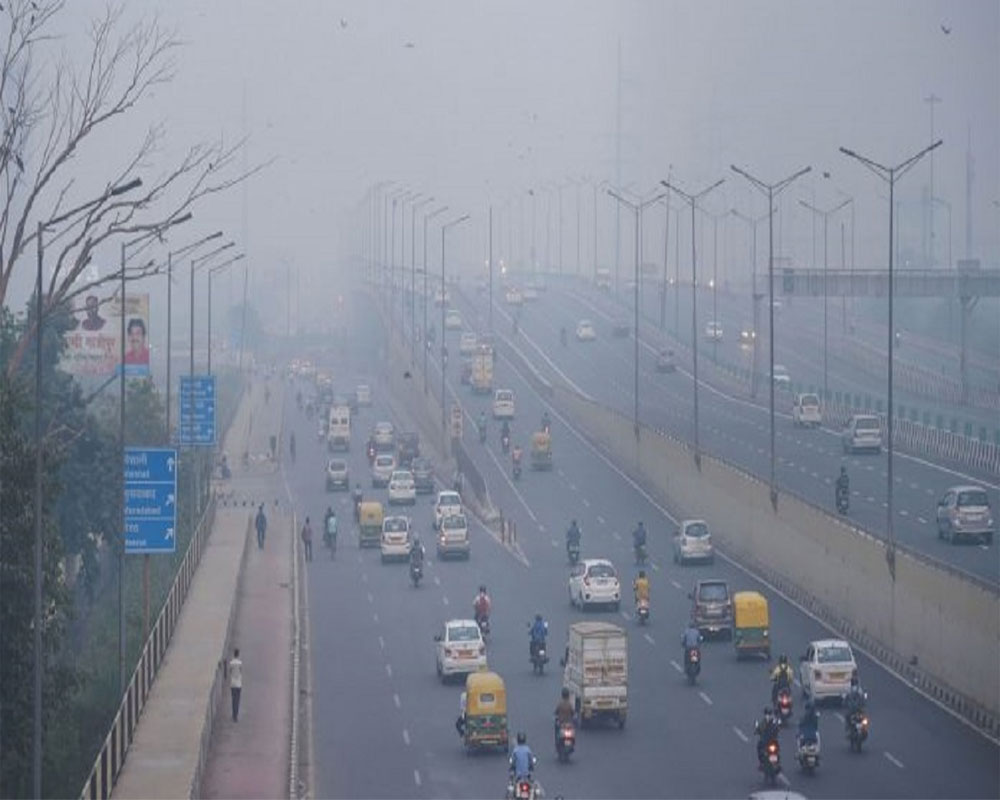 According to the Central Pollution Control Board's (CPCB) mobile application SAMEER, the city's air quality index (AQI) was recorded at 361 in the morning.

The capital's AQI was in the "severe" category on November 15 but it improved since and remained in either the "poor" or the "moderate" category until November 22.

However, according to the Ministry of Earth Sciences' air quality monitor, SAFAR, the stubble-burning count significantly decreased to 149 on Sunday, contributing to six per cent in Delhi's air on Monday.

It said winds are expected to slow down and a low ventilation is expected, adding that if the stubble-burning count increases, the AQI will further worsen to "severe".

Stubble-burning accounted for 12 per cent of Delhi's PM2.5 pollution on Sunday. It was 13 per cent on Saturday, 15 per cent on Friday, 20 per cent on Thursday and eight per cent on Wednesday.