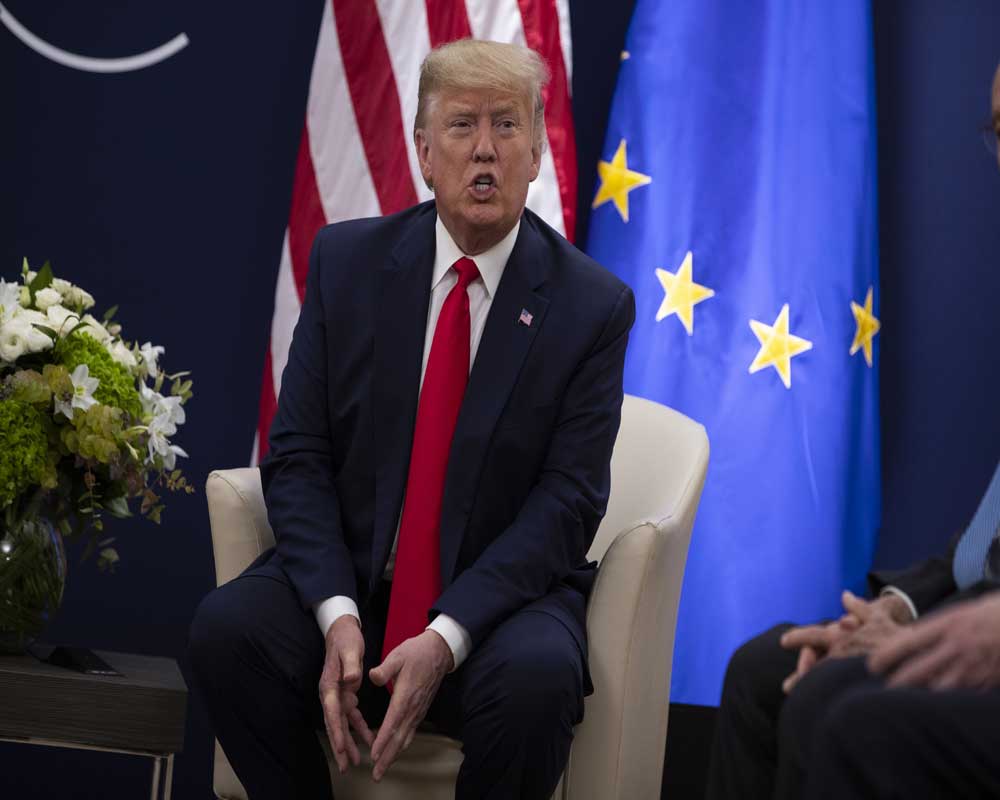 The challenge is becoming increasingly clear for House Democrats prosecuting President Donald Trump's impeachment case as the Senate convenes for a second day of arguments in the landmark trial.

No matter how overwhelming the evidence confronting Trump, it becomes less compelling when presented again and again, day after day, as Democrats try to convince not just fidgety senators but an American public deeply divided over the Republican president in an election year.

The team led by Rep. Adam Schiff, the chairman of House Intelligence Committee, constructed a gripping account of Trump's political pressure on Ukraine and attempt to cover up the "corrupt scheme" central to the charges.

But the limits are apparent.

Prosecutors must rely on the same loops of videotaped testimony — ambassadors, national security officials and even the president himself — after Trump's GOP Senate allies blocked new witnesses.

Democrats were once reluctant to take on impeachment during an election year but are marching toward a decision by the Senate that the American public also will judge.

"We're trying this case to two juries — the Senate and the American people," Schiff acknowledged Wednesday ahead of opening arguments.

Trump blasted the proceedings in a Thursday morning tweet, declaring them the "Most unfair & corrupt hearing in Congressional history!"

They also charged him with obstructing Congress by refusing to turn over documents or allow officials to testify in the House probe.

Republicans have defended Trump's actions as appropriate and cast the process as a politically motivated effort to weaken the president in the midst of his reelection campaign.

Campaigning in Iowa, Biden stood by the effort to remove Trump from office.

"People ask the question, 'Isn't the president going to be stronger and harder to beat if he survives this?' Yes, probably. But Congress has no choice," he said.

Senators must cast their votes and "live with that in history."

Each side has 24 hours over three days to present their case. After the House prosecutors finish Friday, the president's lawyers will follow. They are expected to take only Sunday off and push into next week.

Then there will be 16 hours for senators, who must sit quietly at their desks, no speeches or cellphones, to ask written question, and another four hours for deliberations.

"There's a lot of things I'd like to rebut," said Trump lawyer Jay Sekulow at the Capitol, "and we will rebut."

On the first day of opening arguments, Schiff appealed to senators not to be "cynical" about politics, but to draw on the intent of the nation's Founding Fathers in providing the remedy of impeachment and removal.

He spoke directly to Republicans to join them in voting to oust Trump from office to "protect our democracy."

Holding the room proved difficult. Most senators sat at their desks throughout, as the rules stipulate, though some stretched their legs, standing behind the desks or against the back wall of the chamber, passing the time. Sometimes they outwardly yawned.

Republicans quietly smirked at the presentation from Schiff and the lesser-known House Democrats prosecuting the case.

Some lawmakers dashed down the hall to appear on television. Visitors thinned from the galleries, one briefly interrupting in protest and being removed by Capitol police.

The impeachment trial is set against the backdrop of the 2020 election. All four senators who are Democratic presidential candidates are off the campaign trail, seated as jurors.

Several GOP senators said Wednesday they'd seen no evidence to support the allegations against Trump even though, just 24 hours earlier, they had rejected subpoenas for additional witnesses as well as documents.

Democrats, meanwhile, described the evidence against the president as overwhelming but said senators had a duty to gather more.

A new poll from The Associated Press-NORC Center for Public Affairs Research showed the public slightly more likely to say the Senate should convict and remove Trump from office than to say it should not, 45 per cent to 40 per cent. But a sizable percentage, 14 per cent, said they didn't know enough to have an opinion.

One issue with wide agreement: Trump should allow top aides to appear as witnesses at the trial.

About 7 in 10 said so, including majorities of Republicans and Democrats, according to the poll.

The strategy of more witnesses, though, seemed all but settled. Republicans rejected Democratic efforts to get Trump aides including former national security adviser John Bolton, Secretary of State Mike Pompeo and acting chief of staff Mick Mulvaney, to testify in back-to-back votes earlier this week.

Senators were likely to repeat that rejection next week, shutting out any chance of new testimony.

A long-shot idea to pair one of Trump's preferred witnesses — Biden's son Hunter Biden — with Bolton or another that Democrats want was swiftly rejected.

Biden also rejected having his son testify or even appearing himself. “I want no part of that,” he told voters in Iowa.

Some Republicans expressed disdain for it all. Sen. Joni Ernst of Iowa spoke sarcastically about how excited she was to hear the “overwhelming evidence" the House Democrats promised against Trump.