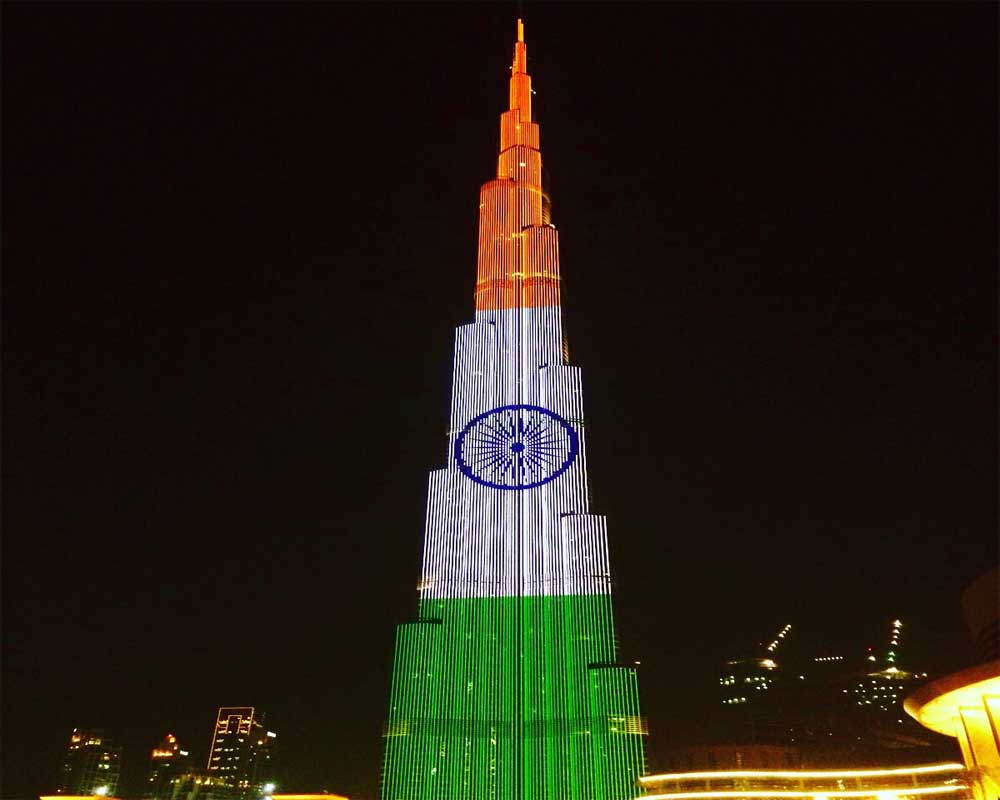 The Burj Khalifa, the world's tallest building, celebrated the Indian Republic Day by displaying the tricolours on its LED facade.

Colours of the Indian flag lit up the tower at 8.10 p.m. on Sunday, reports the Khaleej Times.

The day also saw cultural programmes at Indian missions all across the UAE, which was attended by a large number of expats.