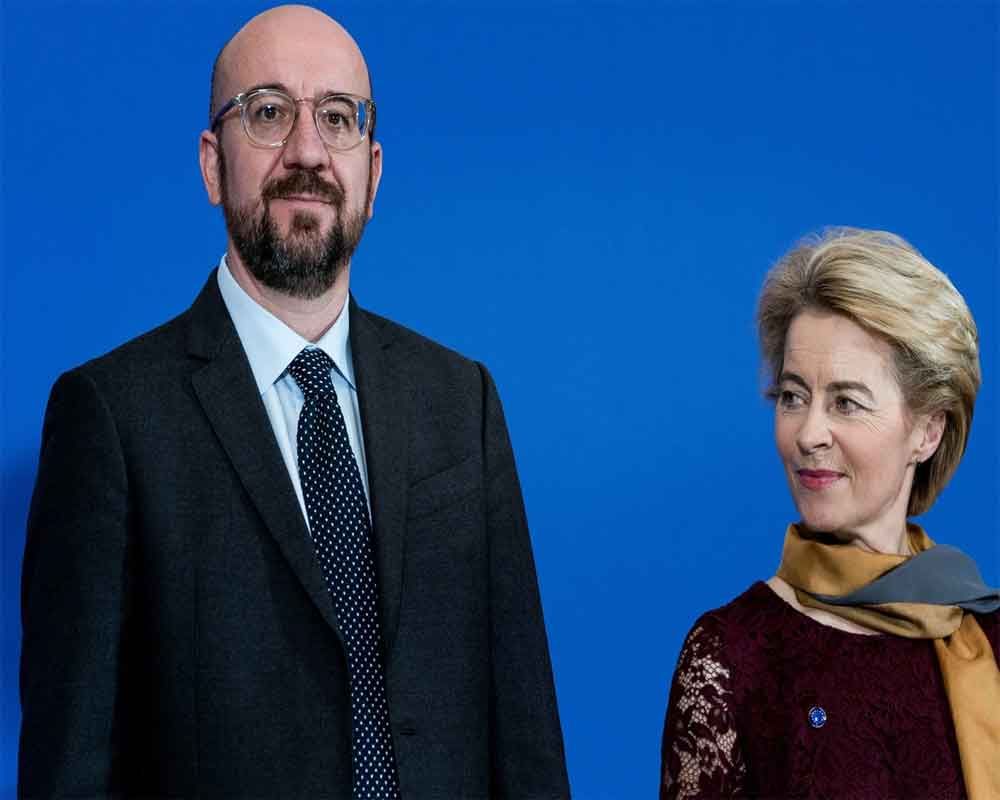 Brussels' two top officials, the presidents of the European Commission and the European Council, signed off on Britain's EU divorce agreement Friday.

With Ursula von der Leyen and Charles Michel's formal endorsement, the text will now go to the European Parliament on January 29 for ratification.

Then, on Thursday next week, diplomats  from the EU member states will approve the deal in writing, ensuring Britain's orderly departure at midnight on January 31.

"Charles Michel and I have just signed the Agreement on the Withdrawal of the UK from the EU, opening the way for its ratification by the European Parliament," Commission chief Ursula von der Leyen tweeted.

In a separate tweet, Michel said: "Things will inevitably change but our friendship will remain. We start a new chapter as partners and allies."

And he added, in French: "I'm keen to write this new page together." Official photographs of the official signing ceremony, conducted before dawn in the European Council's headquarters in Brussels, showed chief EU Brexit negotiator Michel Barnier looking on.