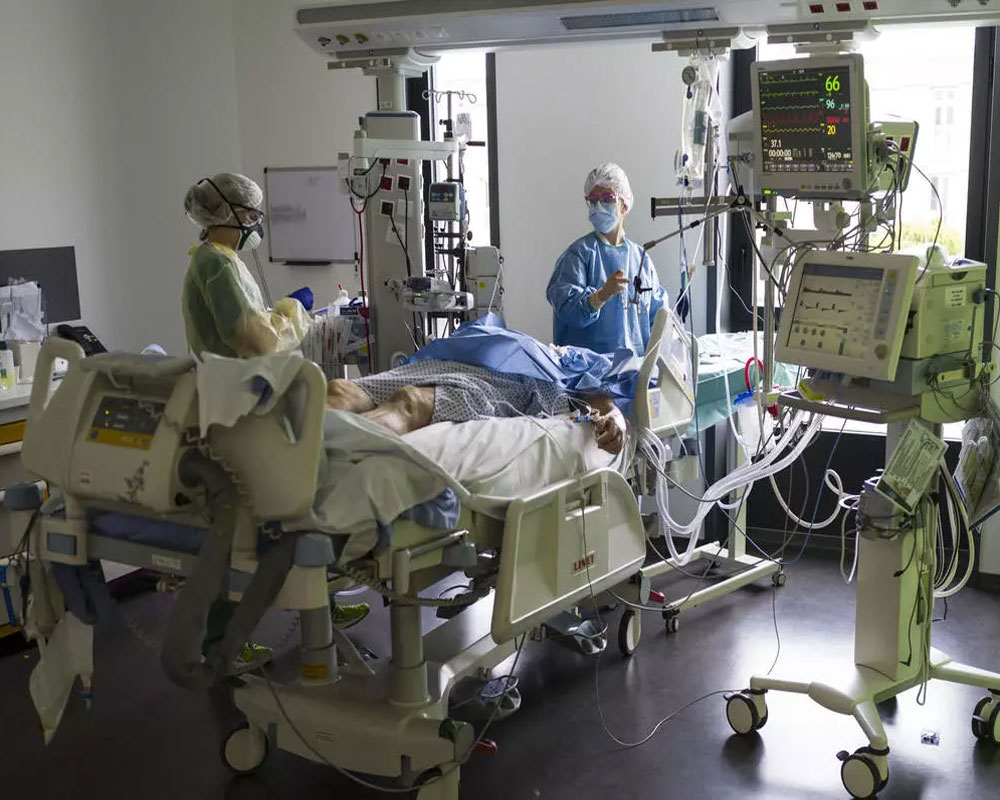 France on Friday reported 588 more coronavirus deaths in hospital, its biggest 24-hour toll in the country since the epidemic began.

The new deaths brought to 5,091 the total number of people who have died in hospital of COVID-19 in France, top health official Jerome Salomon told reporters.

There is no daily toll for those who have died of COVID-19 in old people's homes in France. But Salomon said that a total of 1,416 people had died in such establishments from COVID-19 during the epidemic. This brings the total French toll to at least 6,507.

France has been in lockdown since March 17 in a bid to slow the spread of the epidemic, with only essential trips allowed outside that have to be justified with a signed piece of paper.

In a glimmer of hope, Salomon said that 1,186 more people had been hospitalised suffering from the coronavirus with 263 more entering intensive care, the lowest such increases for over a week.

He said that there were a total of 64,338 confirmed cases in France, an increase of 5,233 on the day earlier. But this does not include all cases as testing is not universal.

According to Salomon there was a reduction in emergency phone calls and while it was too soon to say this was a trend it was "good news".

"We cannot analyse the situation based on one number and one day but we have noticed this decrease," he said.

Despite the decrease in growth of intensive care patients "we have still not reached the peak of this wave and even less its diminution," he added.

On what in usual times would be a weekend where French families would decamp en masse for the Easter holidays, Salomon repeated official warnings that vacationing was out of the question.

"This evening above all. Stay at home if you want to save lives," he said.

Asked about apparent mixed messages over the course of the crisis concerning whether people should wear sanitary masks, Salomon said they could help but gave no indication whether this would be obligatory. (AFP)