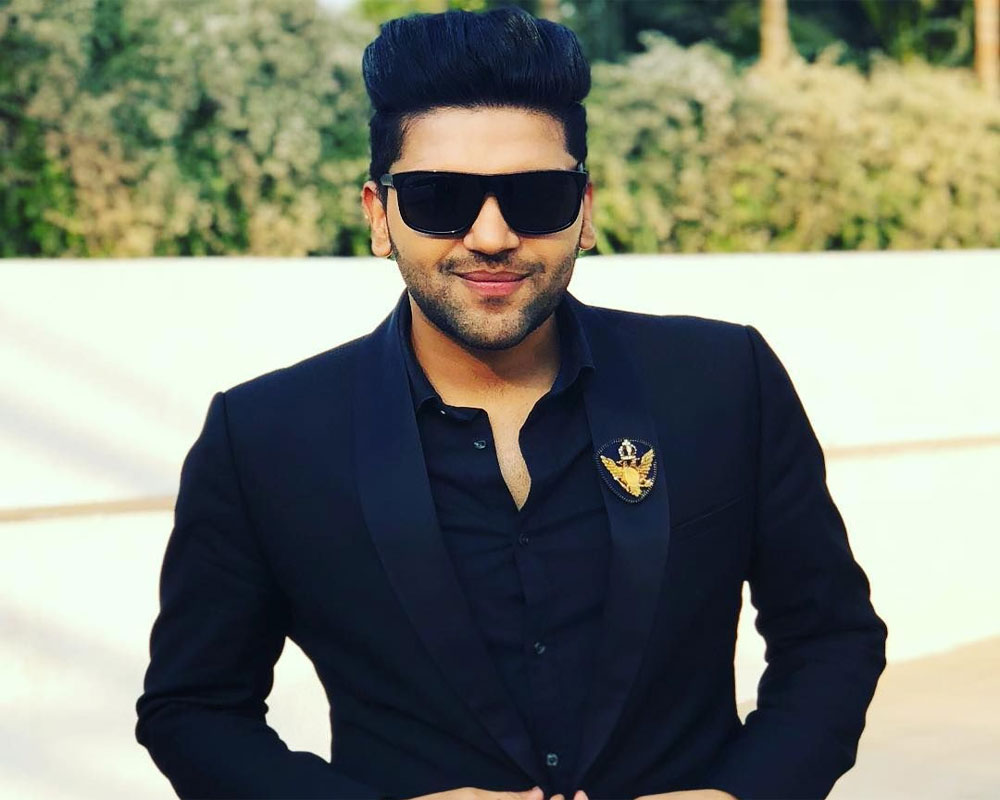 Guru Randhawa has an interesting trivia to share on his latest Bollywood track.

The song "Teri choriyaan" is composed by Guru and sung by him along with Payal Dev for the Rajkummar Rao-Nushrratt Bharuccha starrer "Chhalaang". Guru has also written the song along with the film's co-producer Luv Ranjan.

"When Nushrratt and I were shooting for the song 'Ishq tera' in Manali, Luv sir had given me this hook line ‘Teri choriyaan', and said we need to compose the song for 'Chhalaang'," recalled Guru.

The singer had written, composed and sung "Kaun nachdi" for Ranjan's 2018 release, "Sonu Ke Titu Ki Sweety", and he said: "I was extremely excited to work with him again, hence I had started writing the song at that very moment," he added.

Guru said "Teri choriyaan" has a happy vibe. "It shows Rajkummar and Nushrratt getting to know each other and developing feelings that they are not ready to confess yet," he said.

"Nushrratt is a great actor and very humble. She even taught me acting while we were shooting for 'Ishq tera'," said Guru about the single that had released in 2019.

"This time around, one will only hear me instead of seeing me as well, but I am delighted that Rajkummar and Nushrratt are in the video," he added.

Speaking on the track, the film's director Hansal Mehta said: "Guru Randhawa had composed this melodious song. I remember we had gone for a recce and Luv (Ranjan) had only played the initial lines of 'Teri choriyaan' and it was very catchy. The track has sweetness to it and it blends in perfectly with the innocence of the film and the relationship between Rajkummar and Nushrratt."

"Chhalaang" will premiere for Diwali on November 13, on Amazon Prime Video.