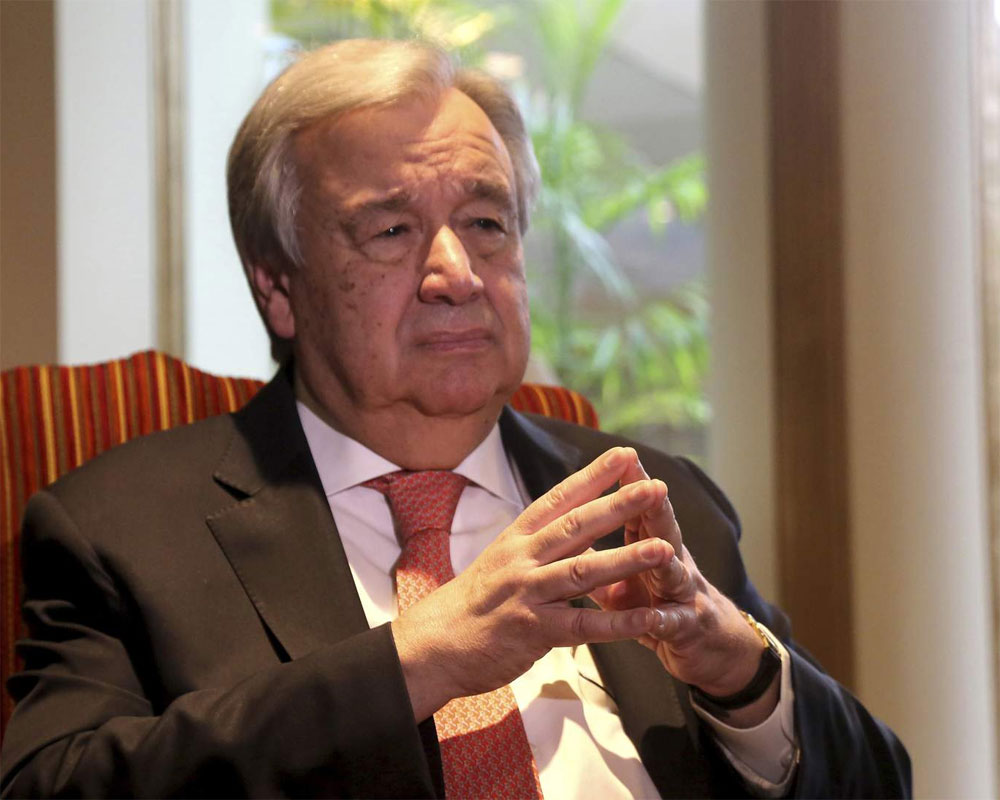 Ahead of a virtual meeting of the leaders of the G20, UN General-Secretary Antonio Guterres has appealed to them to adopt a multi-trillion-dollar "war-time" plan to fight the coronavirus pandemic.

"I urge G-20 leaders to consider the urgent launch of a large-scale, coordinated stimulus package in the trillions of dollars to target the direct provision of resources to businesses, workers and households in those countries unable to do so alone," he wrote to them on Tuesday.

Guterres asked the G20 to remove tariffs and other restrictions on medical equipment and medicines to tide over the shortages in some countries.

The leaders of the G20 are scheduled to hold a virtual meeting on Thursday, Guterres's Spokesperson Stephane Dujarric said.

India is a member of the G20, a grouping of 19 countries and the European Union that deals with financial policy.

Guterres said that the group accounts for 85 per cent of the world's gross domestic product.

He said that he will be launching a humanitarian appeal on Wednesday focused primarily on 40 countries most vulnerable to the impact of Covid-19.

"Without this critical support to countries where health systems are most unable to cope, I fear that the virus may take a deep foothold," he warned.

He said that the cost of the pandemic is likely to be trillions of dollars and to make up for it the G20 must "inject massive resources into economies, reaching double-digit percentage points in the world's gross domestic product."

The United States Congress is on the verge of voting a $2 trillion relief package for the nation and India is considering a multi-billion-dollar package.

But beyond providing financial aid to the poorest nations, Guterres called for wide-ranging measures like ending protectionism and ensuring that recovery follows the goals of sustainable development.