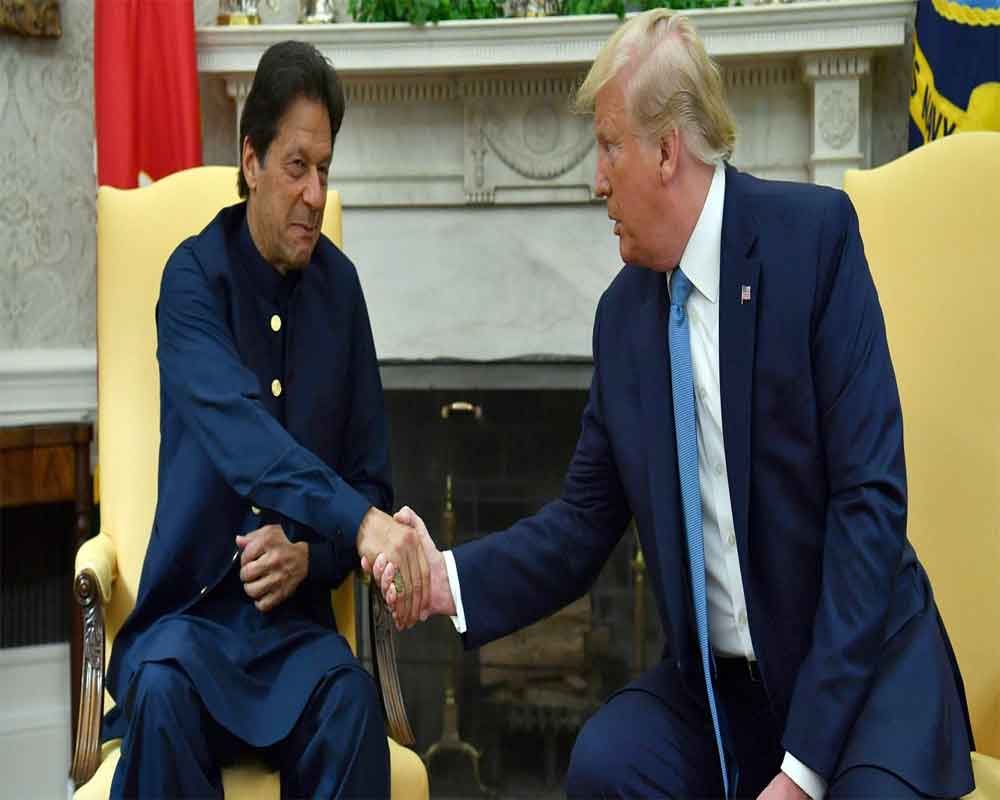 Pakistan Prime Minister Imran Khan would meet US President Donald Trump this week on the sidelines of the World Economic Forum (WEF) in Davos, the Foreign Office announced on Monday.

Khan would attend the WEF in Davos, Switzerland, from January 21 to 23 at the invitation of Professor Klaus Schwab, Founder and Executive Chairman of WEF.

"On the sidelines, the Prime Minister will hold bilateral meetings with several world leaders. These include Prime Minister's meeting with US President Trump," the FO said.

This would be the third leadership-level interaction between Pakistan and the US since Prime Minister Khan's maiden visit to Washington in July 2019. They had also met on the sidelines of the United Nations General Assembly in September.

Several other meetings are also scheduled with a wide range of corporate, business, technology and finance executives, and representatives of international financial institutions.

Khan would deliver a keynote address at the WEF Special Session, and interact with CEOs and corporate leaders at the 'Pakistan Strategy Dialogue'.

Prime Minister Khan will also speak to international media persons and editors during a session with the Forum's International Media Council.

Throughout his engagements at Davos, Prime Minister Khan will share Pakistan's vision and achievements in the areas of economy, peace and stability, trade, business and investment opportunities, the FO said.

He will also highlight the current situation in Kashmir and Pakistan's perspective on key regional and international issues, it said.

This year marks the 50th anniversary of the Forum.

In keeping with the significance of this milestone, political leaders, business executives, heads of international organisations and civil society representatives will deliberate on contemporary economic, geopolitical, social and environmental issues at Davos summit.