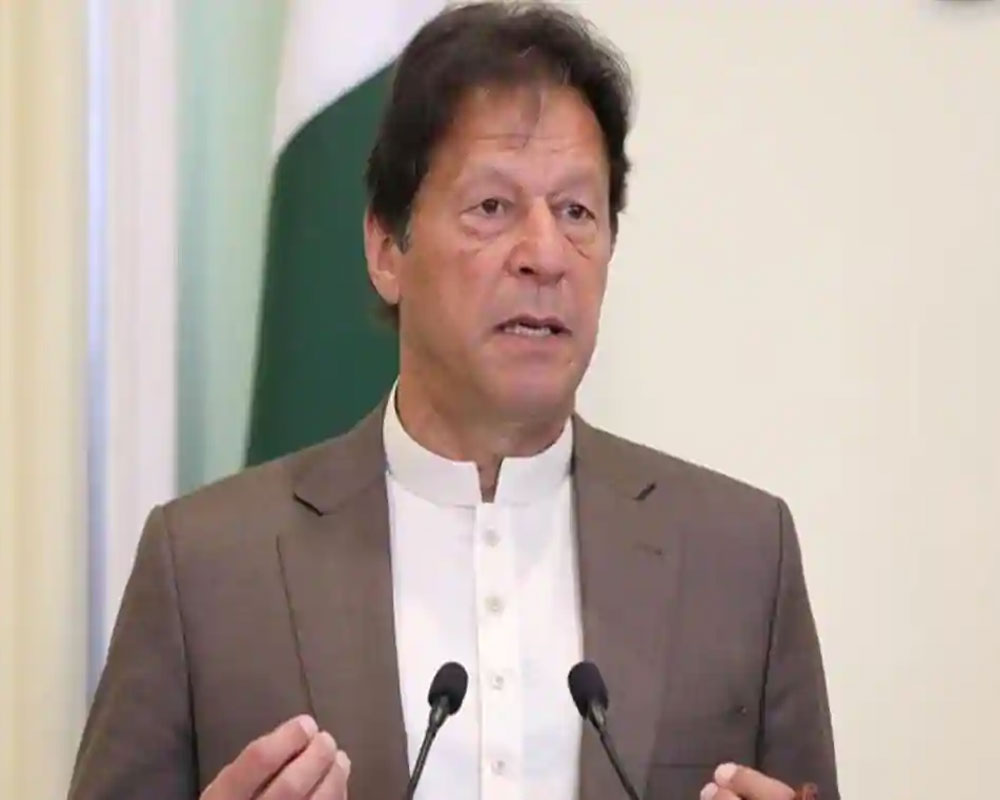 Prime Minister Imran Khan on Saturday warned Pakistanis that they are not immune to the threat posed by the coronavirus, but exuded confidence that Pakistan would emerge stronger from the challenge, as the number of cases in the country rose to 2,818.

Khan's remarks came as he visited Lahore to oversee the measures taken by the Punjab government as the number of coronavirus patients in the largest province of the country crossed 1,000.

Khan visited a 1,000-bed makeshift hospital set up by the provincial government at a short notice to accommodate the coronavirus patients.

Nobody should have the false notion that they will be safe from this (coronavirus)...Look at New York where most of the rich people live, he said.

As of Saturday, Pakistan has recorded 2,818 cases and 41 deaths.

Khan in a blunt warning said that nobody, himself included, knows when the pandemic will end and how much damage it will do.

It (virus) can remerge once settling down. So we don't know what will happen, he said.

He said the government was making all possible efforts to save the people, especially the most vulnerable, and reduce the losses due to epidemic.

When we emerge from this challenge, we will be a totally different nation...Those who take such times as a test and face it head on as a challenge, come out stronger, he said.

Punjab -- the hotspot of the viral infection in Pakistan -- reported a total of 1,131 cases, followed by Sindh at 839, Khyber-Pakhtunkhwa 383, Balochistan 185, Gilgit-Baltistan 193, Islamabad 75 and 12 cases in Pakistan-occupied Kashmir (PoK).

The data showed that the number of patients in Punjab, which accounts for more than 50 per cent of Pakistan's population, crossed 1,000.

Khan earlier in the day again rejected the possibility of a total lockdown.

Khan tweeted that the government locked down educational institutions, malls, marriage halls, restaurants and other places where public congregates.

But, to stop the devastation of the lockdown we have kept our agri sector open and now we are opening up our construction sector.

In the subcontinent, with a high rate of poverty, we are faced with the stark choice of having to balance between a lockdown necessary to slow down/prevent the spread of COVID19 and ensuring people don't die of hunger and our economy doesn't collapse. So we are walking a tightrope, he said in another tweet.

Khan on Friday mentioned the problems faced by India due to what he called unplanned lockdown.

India is facing dire consequences due to unplanned lockdown. As a sensible strategy is required, we are monitoring the situation daily, Khan said.

Meanwhile, the Pakistan government on Saturday informed the Supreme Court that the number of coronavirus patients in the country could reach up to 50,000 by the last week of this month.

It was stated in a report submitted by the government on its national action plan for combating the coronavirus epidemic in the country.

Geo News reported that in its report, the government detailed the situation in the wake of the pandemic and the severity of suspected cases.

"By April 25, the number of the coronavirus cases are feared to reach 50,000," the report stated.

According to the breakdown provided in the report, around 7,000 cases of the total are expected to be critical in nature while around 2,500 could be a cause of concern. The government estimates that a further 41,000 cases could be of a mild nature.

The report noted that confirmed cases are expected to be lower than that of countries in Europe, and assured that the government is trying to maximize its testing capacity.

The federal government said that it has put in place an emergency plan worth USD 366 million and guidelines have been prepared in consultation from the medical experts.

"All the airports have special counters to monitor coronavirus," it mentioned in the report, adding that around 222 suspected patients have been traced due to th entry and exit point checking at airports.

The areas adjacent to Iran and along the Balochistan border have declared an emergency to cope with the incoming infected individuals, it said.

"Preparations were made to place patients in 154 districts under quarantine," the government added in the report.