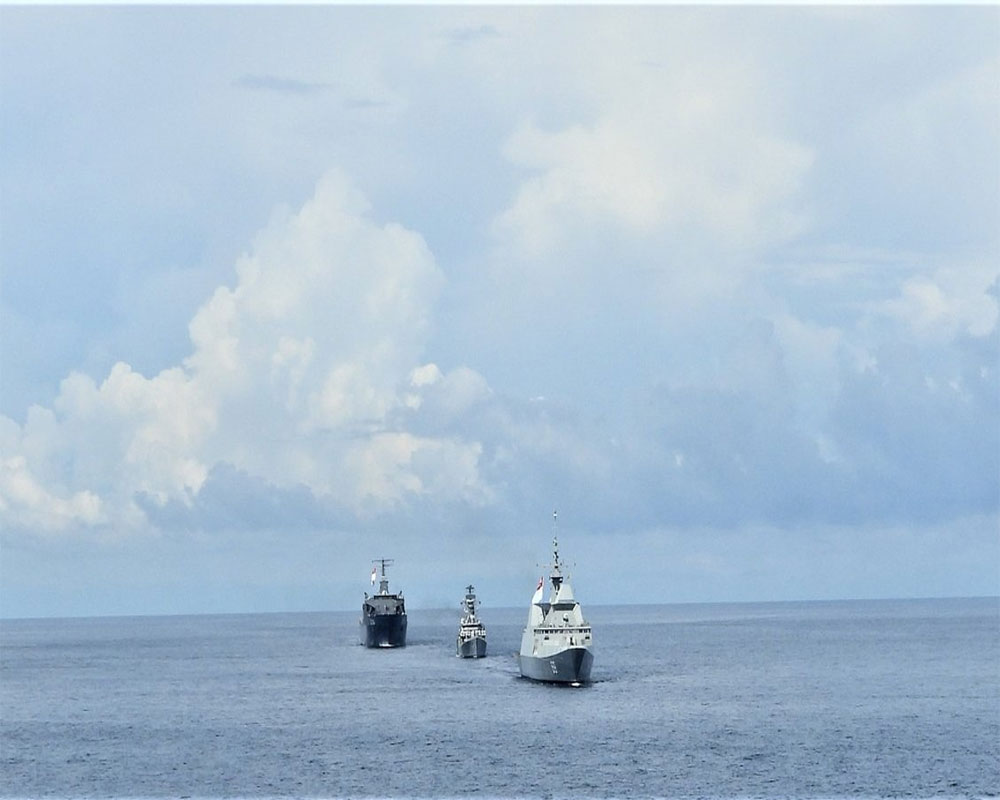 The Indian Navy is participating in the two-day trilateral maritime exercise SITMEX-20 in the Andaman sea along with the navies of Singapore and Thailand, senior military officials said on Sunday.

Indian naval ships, including indigenously-built anti-submarine warfare corvette Kamorta and missile corvette Karmuk, are participating in the 2nd edition of the trilateral exercise to be held on Sunday and Monday, they.

The two-day maritime drills will witness the three navies participate in a variety of exercises, including naval manoeuvres, surface warfare exercises and weapon firings, the officials said.

The SITMEX series of exercises are conducted to enhance mutual interoperability and to imbibe best practices between the Indian Navy, Republic of Singapore Navy (RSN) and Royal Thai Navy (RTN), they said.

The RSN is being represented by the Formidable-class frigate Intrepid and Endurance-class landing ship tank Endeavour and the RTN by the Chao Phraya-class frigate Kraburi in the exercise, the officials said.

The exercise is being conducted as a 'non-contact, at sea only' exercise in view of the COVID-19 pandemic and it highlights growing synergy, coordination and cooperation in the maritime domain between the three friendly navies and maritime neighbours, they said.

The first edition of SITMEX, hosted by the Indian Navy, was conducted off Port Blair in September 2019.

The 2020 edition of the exercise is being hosted by the RSN.