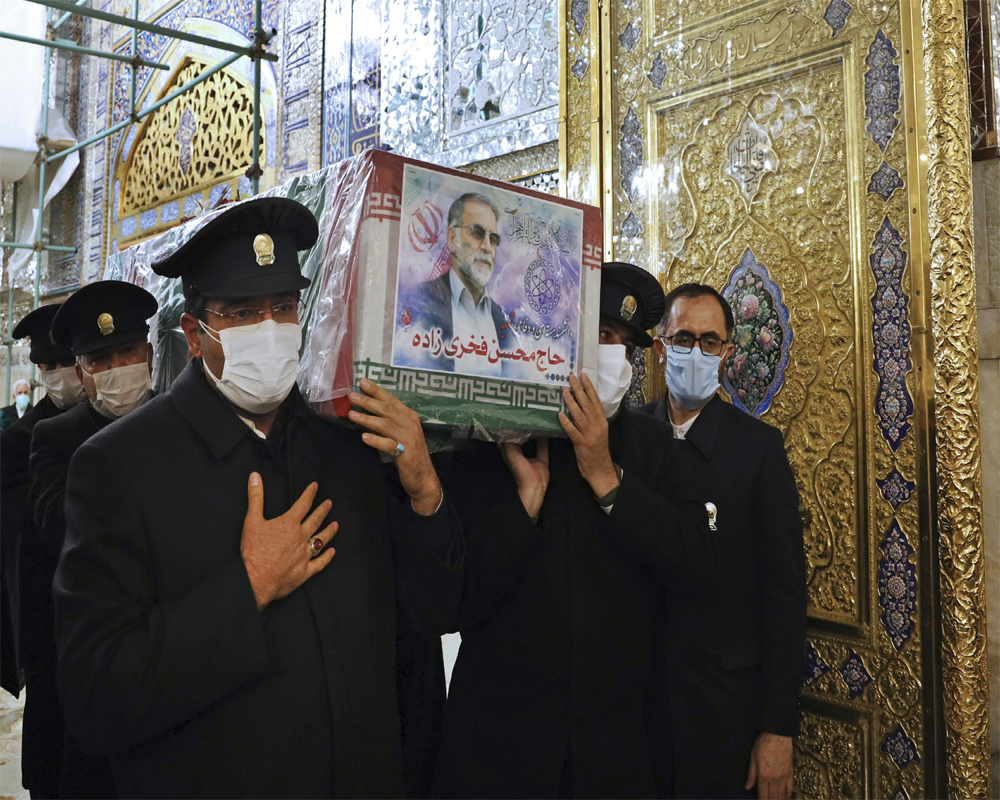 Iran has begun a funeral for a recently killed scientist who founded the Islamic Republic's military nuclear program in the early 2000s.

An honour guard carried it to a podium where reciters read the Quran and other religious verses in an outdoor area of the Defense Ministry in Iran's capital, Tehran.

Officials, including Defense Minister Gen Amir Hatami, attended the ceremony, sitting apart from each other and wearing masks due to the coronavirus pandemic.

Fakhrizadeh was killed in a military-style ambush Friday on the outskirts of Tehran, which reportedly saw a truck bomb explode and gunmen open fire on the scientist.

Iran has blamed Israel for the attack. Israel, long suspected of killing Iranian nuclear scientists over the last decade, has declined to comment on the killing.