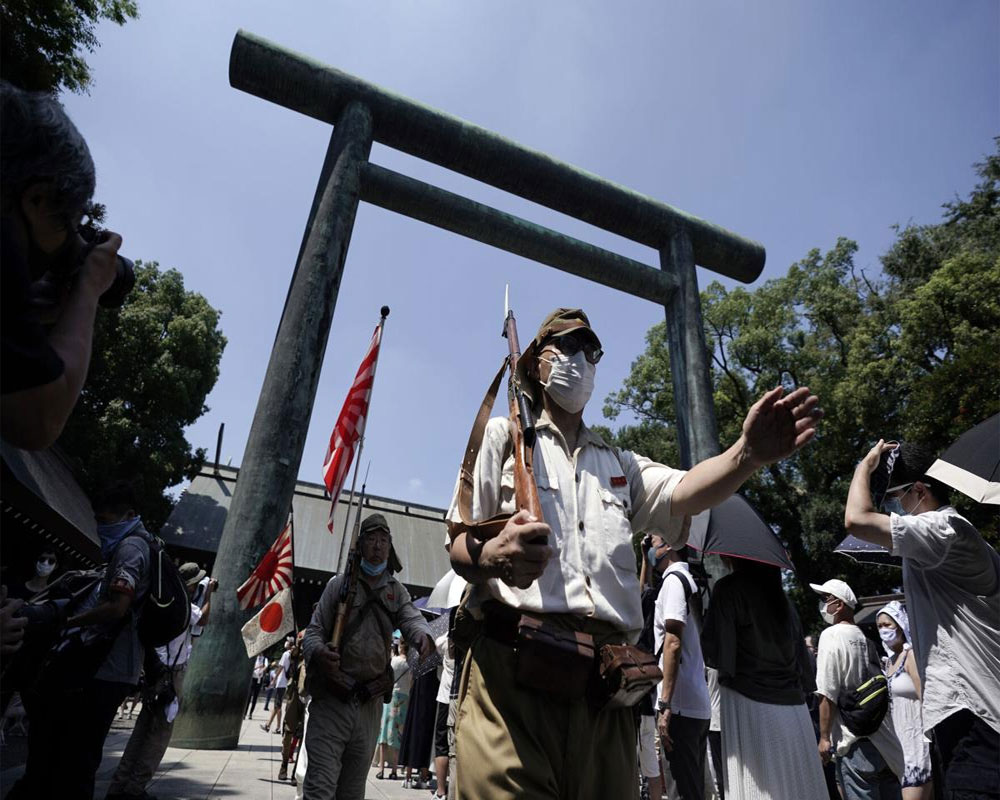 Japan on Saturday marked the 75th anniversary of its surrender in World War II, with Emperor Naruhito expressing “deep remorse” over his country's wartime actions at a somber annual ceremony curtailed by the coronavirus pandemic.

Naruhito pledged to reflect on the war's events and expressed hope that the tragedy would never be repeated. There was no word of apology from Prime Minister Shinzo Abe, who gave thanks for the sacrifices of the Japanese war dead but had nothing to say about the suffering of Japan's neighbours.

“Reflecting on our past and bearing in mind the feelings of deep remorse, I earnestly hope that the ravages of war will never be repeated,” Naruhito said in a short speech at the event in Tokyo marking the 75th anniversary of Japan's surrender on August 15, 1945.

Amid virus fears and worries about the fading memories of the fast-aging war generation, about 500 participants, reduced from 6,200 last year, mourned the dead with a minute of silence. Masks were required, and there was no singing of the “Kimigayo” national anthem.

Naruhito has promised to follow in the footsteps of his father, who devoted his 30-year career to making amends for a war fought in the name of Hirohito, the current emperor's grandfather.

Abe has increasingly sought to whitewash Japan's brutal past since taking office in December 2012. He hasn't acknowledged Japan's wartime hostilities during August 15 speeches, which had previously been a nearly 20-year tradition that began with the 1995 apology of Socialist leader Tomiichi Murayama.

Abe, in a largely domestic-focused speech, said the peace that Japan enjoys today is built on the sacrifices of those who died in the war. He pledged that Japan will reflect on lessons from history and will not repeat the war devastation.

He listed damage inflicted on Japan and its people, including the US atomic bombings of Hiroshima and Nagasaki, massive firebombings of Tokyo and the fierce battle of Okinawa.

Abe pledged to play a greater role in tackling global problems. Under his goal of turning Japan into a “beautiful” and “normal” nation, Abe has steadily pushed to cleanse Japan of its embarrassing wartime history and build up its military by stretching the interpretation of Japan's war-renouncing constitution.

It includes acquiring greater missile defense capability in the face of a growing military threat from North Korea and China.

Abe stayed away from a Tokyo shrine that honours convicted war criminals among the war dead. He sent a religious offering, a gesture meant to avoid angering China and South Korea, which consider the Yasukuni shrine a symbol of Japan's militarism.