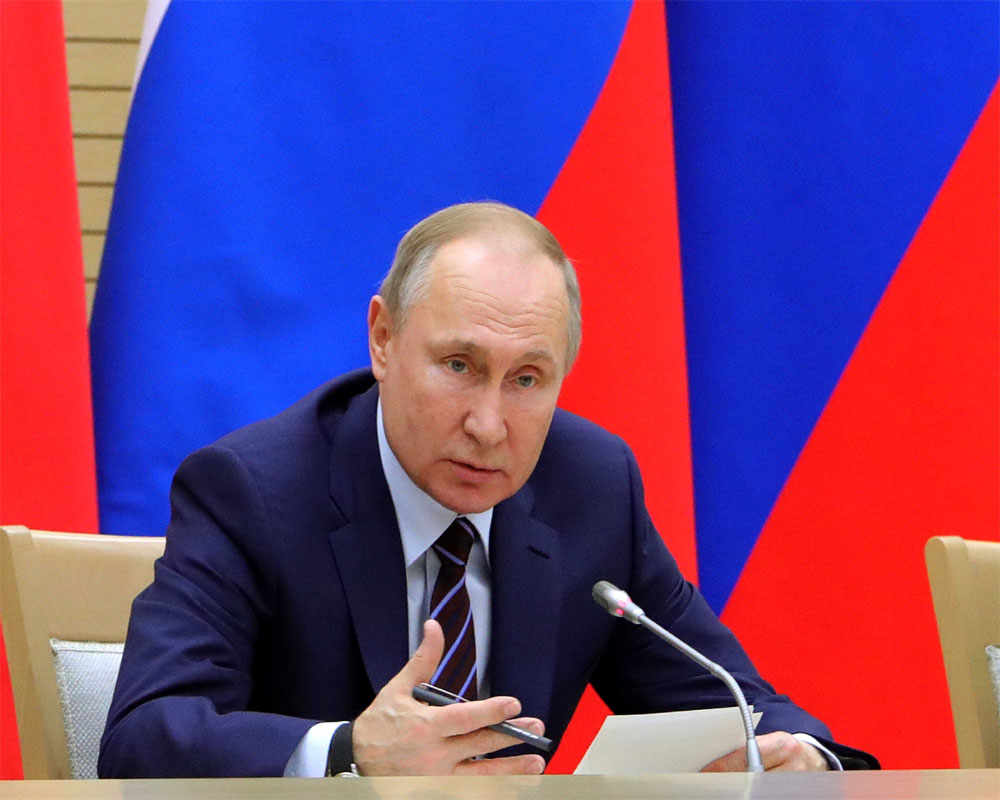 US President Donald Trump called Russian President Vladimir Putin Monday to tell him about his proposal to convene an international summit that would involve Russia, the Kremlin said.

White House press secretary Kayleigh McEnany confirmed that Trump and Putin spoke but provided no details on the conversation.

Trump said Saturday he will postpone until the fall a meeting of the G7 leading industrialized nations that he had planned to hold next month, and plans to invite Russia, Australia, South Korea and India.

Trump told reporters that he feels the current makeup of the group is very outdated and doesn't properly represent what's going on in the world.

The G7 members are Canada, France, Germany, Italy, Japan, the United Kingdom and the United States. Russia had been included in the gathering of the world's most advanced economies since 1997, but was suspended in 2014 following its invasion of Ukraine and annexation of Crimea.

The Kremlin said Monday that Trump told Putin about his idea, but it didn't offer any details of the discussion or say whether the Russian leader accepted the invitation.

Canadian Prime Minister Justin Trudeau said Monday Russia will not be included in the G7, disagreeing with Trump. Trudeau noted Russia's continued disrespect and flaunting of international rules and norms.

The Kremlin also said that Putin thanked Trump for a batch of U.S. ventilators sent to Russia and the two leaders talked about steps their countries have taken to combat the outbreak.

The launch put the United States back in the business of sending astronauts into orbit from home soil for the first time in nearly a decade during which time it relied on Russian spacecraft to deliver its astronauts to the International Space Station.

The Kremlin said that Putin and Trump spoke of the development of mutually beneficial cooperation in space and also talked about the need to intensify a U.S.-Russian dialogue on strategic stability and steps to enhance mutual trust in the military sphere.