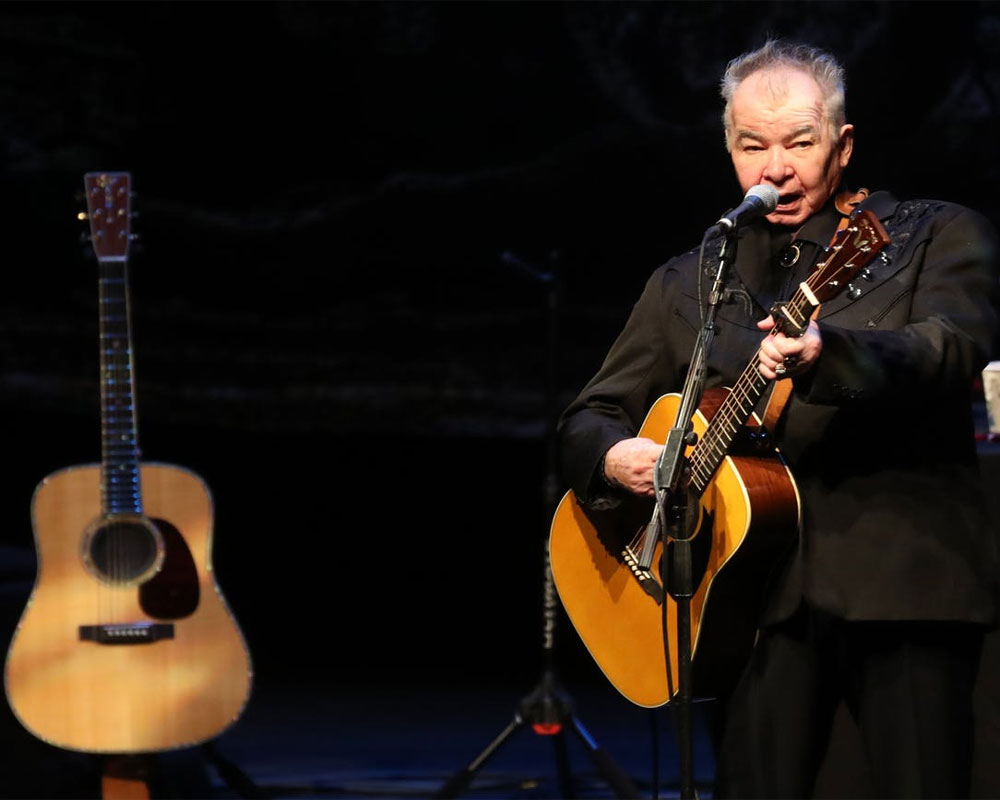 American folk legend John Prine has passed away due to the coronavirus complications. He was 73.

Prine, whose coronavirus diagnosis was revealed on March 17, died on Tuesday, his publicist told Variety.

His wife and manager, Fiona, had on April 3 posted on Twitter that Prine was severely ill after being admitted into intensive care unit of a hospital.

In a career spanning over half a century, Prine churned out heartfelt and unforgettable songs like Angel From Montgomery, Sweet Revenge and In Spite of Ourselves .

He was regarded as one of the greatest by many of his peers including Bob Dylan, Johnny Cash, Bruce Springsteen, Bette Midler and many other music legends.

Born on October 10, 1946 in Maywood, Illinois, the singer-songwritter emerged on the Chicago folk scene in the late 1960s, when he was discovered by country star Kris Kristofferson.

He is still remembered for his 1971 anti-war track Your Flag Decal Won't Get You Into Heaven Anymore , which came at the height of the Vietnam War and is still relevant to many till date.

In recent years, he had taken a step back from music but came back in 2018 with the album The Tree of Forgiveness . It was his first LP in 13 years.

Prine was a winner of two Grammy award for best contemporary folk albums -- The Missing Years (1991) and Fair & Square (2005). He was an inductee of the Songwriters Hall of Fame and also bestowed with Grammy Lifetime Achievement Award.

The news of his demise sent shockwaves across the music industry, with stars like Bruce Springsteen, Kacey Musgraves, Bonnie Raitt, Bette Midler and others paying their tributes to the legend.

Over here on E Street, we are crushed by the loss of John Prine. John and I were "New Dylans" together in the early 70s and he was never anything but the lovliest guy in the world. A true national treasure and a songwriter for the ages. We send our love and prayers to his family, Springsteen wrote in a post on Twitter.

Raitt, who recorded Angel from Montgomery in the 1970s, said he is feeling crushed after learning about Prine's demise.

Words can't even come close. I'm crushed by the loss of my dear friend, John. My heart and love go out to Fiona and all the family. For all of us whose hearts are breaking, we will keep singing his songs and holding him near, he wrote.