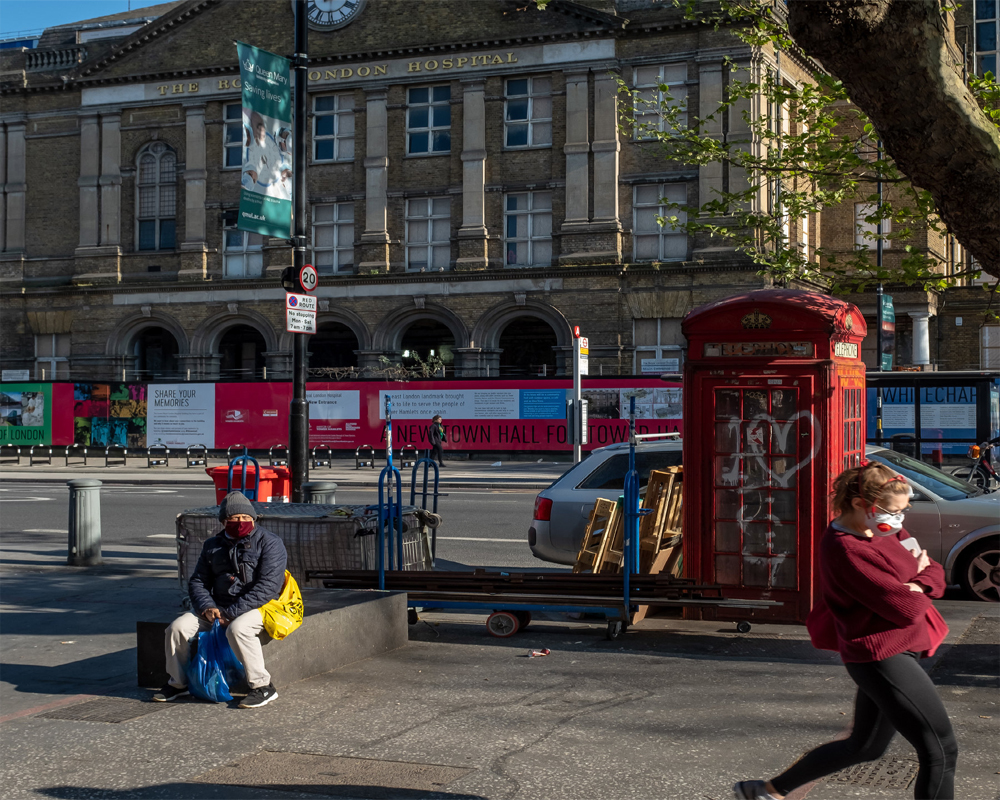 The UK capital of London along with most regions of England will move into Tier 2 of a three-tier COVID-19 restrictions system and remain at a high alert level at the end of the complete stay-at-home lockdown on December 2, the UK government announced in Parliament on Thursday.

Other regions such as Manchester, Birmingham, Hull, Newcastle and large parts of the north of England are set to face the toughest coronavirus restrictions with only three areas – Cornwall, the Isle of Wight and Isles of Scilly – placed into the lowest Tier 1 or the medium restrictions category.

Unlike before, gyms and close-contact beauty services like hairdressers will be able to open in all tiers but government guidance says that people in all tiers who can work from home should continue to do so.

UK Health Secretary Matt Hancock told the House of Commons these are incredibly hard decisions but urged the public to “dig deep” in order to help bring the rate of infection, or R number, below one.

"Hope is on the horizon but we still have further to go. So we must all dig deep," said Hancock.

“Thanks to the hard work and sacrifice made by people up and down the country, we are able to move out of national lockdown and into more targeted local, tiered restrictions,” he said.

“I know for those of you faced with tier 3 restrictions this will be a particularly difficult time but I want to reassure you that we'll be supporting your areas with mass community testing and extra funding. By following the rules together we can get out of these tough measures,” he added.

Around 21 local authority areas will be in the highest level of restrictions – Tier 3 – including Birmingham, Bristol, Kent, parts of Essex, Yorkshire and the north east of England.

Many parliamentarians from UK Prime Minister Boris Johnson's own Conservative Party are expected to rebel over the plans when they are voted on by the Commons next Tuesday.

The first review point for the current tier allocations will take place in a fortnight on December 16. The government said this allows for the possibility of areas that continue to make progress in slowing the spread of the disease to be moved down a tier in advance of Christmas.

The new system also includes stricter rules for hospitality venues than the previous one, only serving alcohol with a substantial meal in Tier 2, and closing hospitality completely except delivery and takeaway in Tier 3.

Local authorities that fall into Tier 3 will be offered support from NHS Test and Trace and the armed forces to deliver a six-week rapid community testing programme.        The Department of Health and Social Care (DHSC) said that the testing system will make use of rapid lateral flow tests which give results within an hour, and will focus on locating and suppressing asymptomatic transmission.

“The more cases identified and self-isolating, the quicker the control of virus transmission which is essential to help areas move down a tier,” the DHSC said.

“With some individuals with coronavirus showing no symptoms, increased community testing will help identify those who are infected and infectious but asymptomatic and unaware that they might be spreading the disease, so that they can isolate and protect others,” it added.

Local authorities will be able to decide whether to use lateral flow test kits for targeted testing for high-risk workplaces and industries, or for wider asymptomatic community testing, to find positive cases more quickly and break chains of transmission.

Anyone who tests positive, using either a lateral flow test or an existing swab test, must self-isolate along with their household immediately and their contacts will be traced.

Rapid community testing will expand on existing testing programmes within the NHS, care homes, universities and schools to protect those most at risk, and builds on the pilots of community testing which are taking place in Liverpool and Merthyr Tydfil.

The devolved administrations in Scotland, Wales and Northern Ireland have the authority to set their own coronavirus regulations but all four UK nations have agreed a joint plan for Christmas, allowing up to three households to get together in a bubble between December 23 and 27.