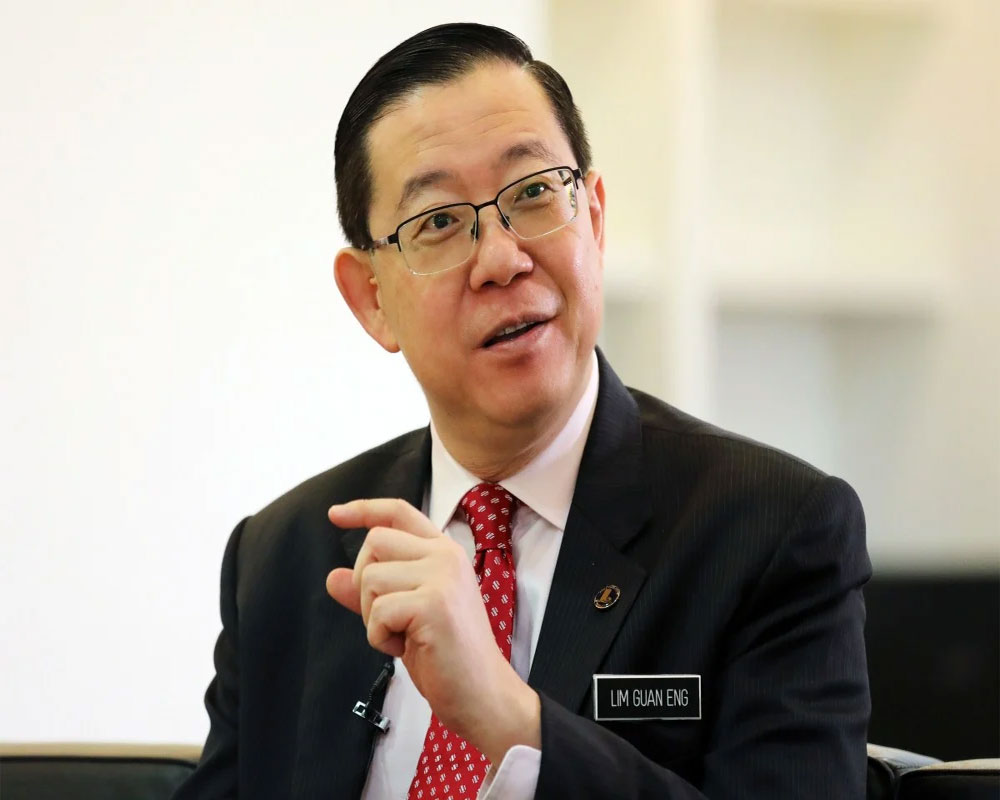 Malaysia's former finance minister Lim Guan Eng was charged on Friday with corruption over a 1.5 billion undersea tunnel project, with his party slamming the move as political persecution by the new government.

Lim, who was part of a reformist government ousted in a political coup in March, pleaded not guilty to a charge of soliciting 10% of potential profits in 2011 as a bribe for the contract. He was detained late Thursday by the anti-corruption agency after they summoned him for questioning over the project in northern Penang state.

The project was approved during Lim's tenure as Penang chief minister from 2008-2018, before he became Malaysia's finance minister. The 7.2 kilometre (4.5 miles) tunnel project from Penang island to peninsular Malaysia includes several highways and is to be funded through a land swap of reclaimed prime land.

Lim, 59, faces up to 20 years in jail and a fine if convicted. The anti-corruption agency also said that Lim will face two other charges in a Penang court next week, one related to the tunnel project and another one on a different case. It didn't give details.

This is political persecution. The project is implemented through open and transparent tenders. No payment has been made so far," Lim's Democratic Action Party tweeted.

Prime Minister Muhyiddin Yassin took power in March, after he pulled his party out of the ruling coalition and then-premier Mahathir Mohamad resigned in protest.

His new Malay-centric government is supported by graft-tainted parties defeated in 2018 general election.