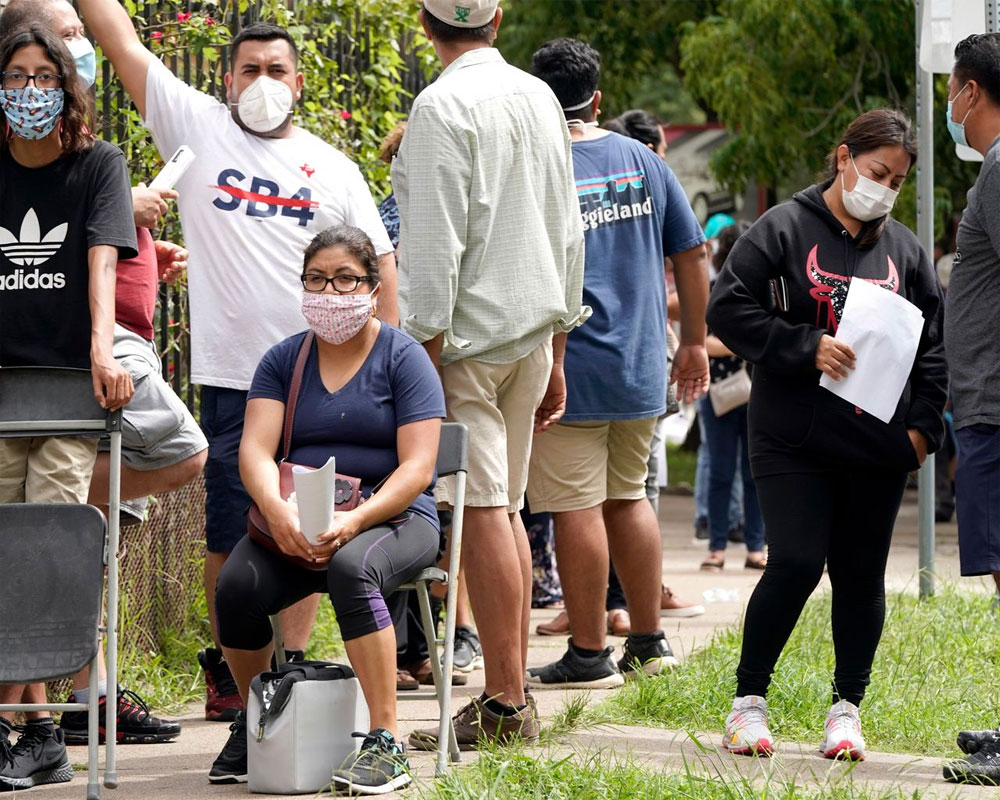 Mexico's Pacific coast resort of Acapulco is putting its hopes on a return of tourists as the number of coronavirus cases drop and the violence that drove travelers away slowly declines.

The governor of the state of Guerrero said Friday that hotels will now be allowed to accept guests at 40 per cent capacity, up from 30 per cent previously under pandemic restrictions.

Governor Hector Astudillo bragged that Acapulco has reduced the number of COVID-19 deaths to an average of 9.6 per day and alleviated the overcrowding which plagued the city's hospitals earlier in the pandemic.

The city, once considered the fifth most deadly in Mexico, has fallen to 44th place. Homicides were down about 20 per cent in the first half of 2020, compared to the same period of 2019.

That is my commitement,” he said.

In June, heavy rains caused storm drains to overflow, sending sewage and waste into the bay.

Unlike most experts, López Obrador predicts a quick end to the pandemic.

“What I feel — my prediction — is that soon, very soon, we will return to normality,” the president said.

“Economic activity is returning, tourism is returning to Acapulco, but I predict that in a month, two months, we will have very favorable conditions.”

Even if those predictions are fulfilled, it will still be a long road back for Mexico's battered tourism industry. In the first quarter, tourism revenues were down 51.5 per cent and figures for the second quarter are certain to be worse.

With about 800,000 hotel rooms, Mexico's has the world's seventh-largest hotel infrastructure.

Many of those jobs have evaporated in the pandemic.

Even under the best case scenario, if travel alerts were lifted — Mexico currently has the highest “do not travel” alert from the US State Department — hotels in Mexico would end the year with only about 47 per cent occupancy, on average.

Mexico has also suffered from some clumsy efforts at tourism promotion. In early August, the country's VisitMexico.Com site was plagued by systematic bad translations of place names, with the state of Nuevo Leon becoming “New Lion” and the well-known Caribbean resort of Tulum somehow became “Jumpsuit.”

The web site has since been replaced by an online image promising a new site will coming online August 20.

A few days earlier, officials took down a pair of Acapulco video ads touting the faded resort's reputation as a nightclubbing spot — despite the fact that nightclubs are currently closed to enforce social distancing. They said the ads weren't appropriate during the coronavirus pandemic.

“We have stopped being a postcard from the past, today we have changed the rules,” says a narration in one of the videos.

“In fact, there are no rules,” says another voice, as people can be seen eating bizarre meals and going out to night clubs.

“Eat whatever you want, have fun day and night and into the early morning hours ... Find new friends and new loves.”

Acapulco was once considered glamorous and attracted an international jet-set.

It was during a vacation there in the 1960s that novelist Gabriel Garcia Marquez came up with the idea for “100 Years of Solitude.” In 1975, Bill Clinton took a young woman named Hillary for their honeymoon in Acapulco.

But in the 1970s and '80s, the resort's infrastructure crumbled, and poor, crowded settlements sprung up inland from the bay, sparking rising problems of unemployment, crime and pollution.

Starting around 2006, drug gang violence made Acapulco one of Mexico's most violent cities.

López Obrador stressed that authorities would have to continue fighting crime and violence.

“There may or may not be a pandemic, and you may have very beautiful beaches, but if there isn't safety, you can't have progress,” López Obrador said.