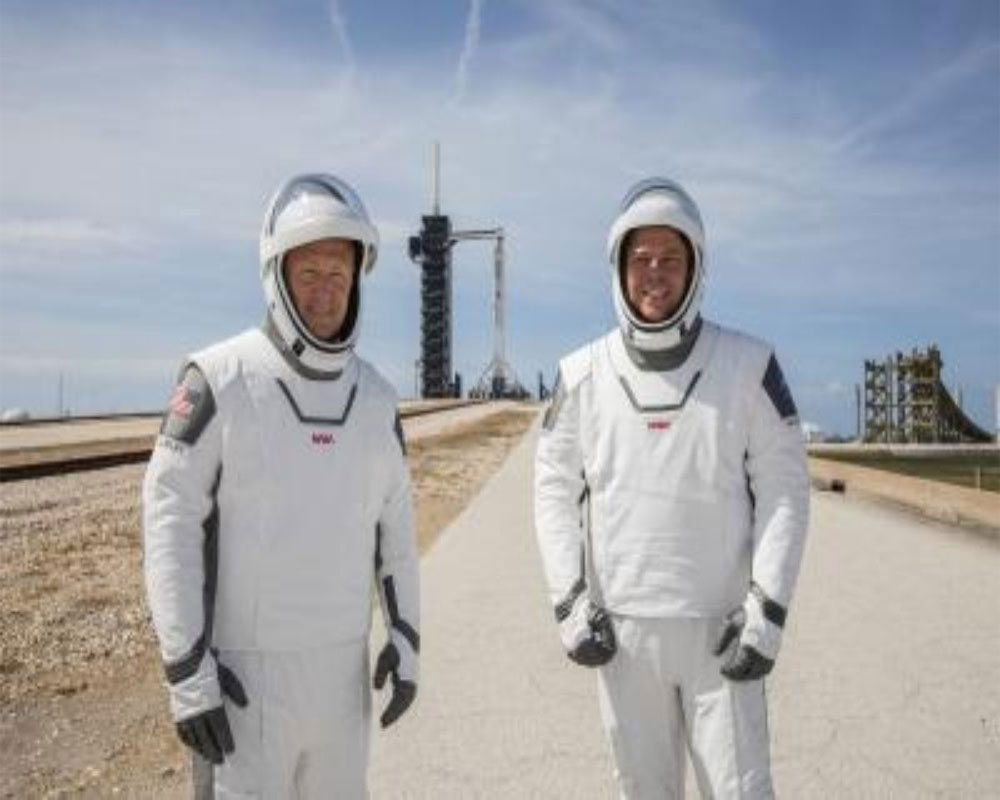 The first astronauts launched by Elon Musk's SpaceX company departed the International Space Station on Saturday night for the final and most important part of their test flight: returning to Earth with a rare splashdown.

NASA's Doug Hurley and Bob Behnken bid farewell to the three men left behind as their SpaceX Dragon capsule undocked and headed toward a Sunday afternoon descent by parachute into the Gulf of Mexico.

Despite Tropical Storm Isaias' surge toward Florida's Atlantic shore, NASA said the weather looked favourable off the coast of Pensacola on the extreme opposite side of the state.

It will be the first splashdown for astronauts in 45 years. The last time was following the joint U.S.-Soviet mission in 1975 known as Apollo-Soyuz.

Space station commander Chris Cassidy rang the ship's bell as Dragon pulled away, 267 miles (430 kilometers) above Johannesburg, South Africa. Within a few minutes, all that could be seen of the capsule was a pair of flashing lights against the black void of space.

"It's been a great two months, and we appreciate all you've done as a crew to help us prove out Dragon on its maiden flight, Hurley radioed to the space station.

Safe travels," Cassidy replied, and have a successful landing." The astronauts' homecoming will cap a mission that ended a prolonged launch drought in the U.S., which has relied on Russian rockets to ferry astronauts to the space station since the end of the shuttle era.

In launching Hurley and Behnken from NASA's Kennedy Space Center on May 30, SpaceX became the first private company to send people into orbit. Now SpaceX is on the verge of becoming the first company to bring people back from orbit.

The hardest part was getting us launched, but the most important is bringing us home, Behnken said several hours before strapping into the Dragon.

At a farewell ceremony earlier in the day, Cassidy, who will remain on board with two Russians until October, presented Hurley with the small U.S. flag left behind by the previous astronauts to launch to the space station from U.S. soil. Hurley was the pilot of that final shuttle mission in July 2011.

The flag which also flew on the first shuttle flight in 1981 became a prize for the company that launched astronauts first.

SpaceX easily beat Boeing, which isn't expected to launch its first crew until next year and will land in the U.S. Southwest. The flag has one more flight after this one: to the moon on NASA's Artemis program in the next few years.

We're a little sad to see them go," Cassidy said, but very excited for what it means to our international space program to add this capability of commercial crew capsules. The next SpaceX crew flight is targeted for the end of September.

Hurley and Behnken also are bringing back a sparkly blue and purple dinosaur named Tremor. Their young sons chose the toy to accompany their fathers on the historic mission.