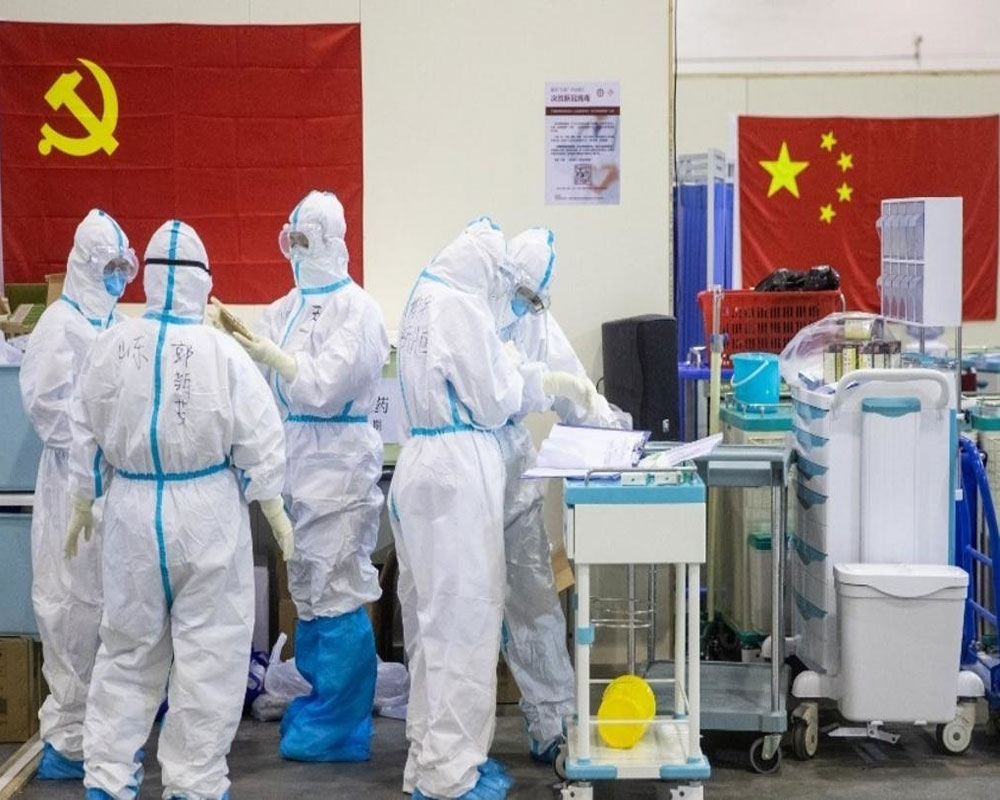 China has reported 39 new coronavirus cases, including 38 imported ones, as the number of asymptomatic cases also surged, raising concern of a second wave of the COVID-19 infections mainly from Chinese returning home despite drastic containment efforts, health officials said on Monday.

A health official of Beijing has warned that the Chinese capital will probably remain under long-term coronavirus epidemic control saying that there is no chance to call off the city's prevention and control work in a short time.

China's National Health Commission (NHC) said on Monday that one new domestic COVID-19 case and 38 imported cases were reported from across the country on Sunday.

The one new domestic case was reported from the Guangdong Province, which is a major industrial belt. On Saturday, five new locally cases were reported raising concerns of the cases resurfacing though in smaller numbers as China resumed production full steam after over two months of layoff due to COVID-19.

Imported cases were on the rise as China is currently airlifting a large number of stranded Chinese nationals from different countries through chartered flights.

Also, on Sunday 78 new asymptomatic COVID-19 cases were reported on the mainland, including 40 imported ones, the NHC said, adding that 1,047 asymptomatic cases were still under medical observation.

Asymptomatic coronavirus cases are those who test positive for the virus but do not show any symptoms and have the potential to cause sporadic clusters of infections.

Also on Sunday, one death was reported from the coronavirus virus epicentre Hubei Province taking the death toll in the country to 3,331 people.

The overall confirmed cases on the mainland have reached 81,708 by Sunday, including 1,299 patients still being treated, 77,078 patients discharged after recovery, and 3,331 people died of the disease, the NHC said.

Meanwhile, a health official here has warned that coronavirus epidemic prevention and control in Beijing will probably become a long-term normal.

The capital, a centre for international exchanges, still bears the brunt of the risks as the worldwide spread of the COVID-19 pandemic is accelerating, Xu Hejian, spokesperson for the municipal government said noting that there is no chance to call off the city's prevention and control work in a short time.

The overall strategy of guarding against the imported cases and a rebound in indigenous cases will remain unchanged, with scientific analysis of the epidemic situation and accurate control methods taken, Xu said.

He also highlighted the importance of seizing the critical window to resume work and production, and bring people's lives back to normal as transmission of the epidemic has been basically interrupted in Beijing and nationwide, although there were still imported and sporadic cases, state-run Xinhua news agency reported.

According to Johns Hopkins University, there are more than 1.2 million coronavirus cases across the world and 69,479 people have died.