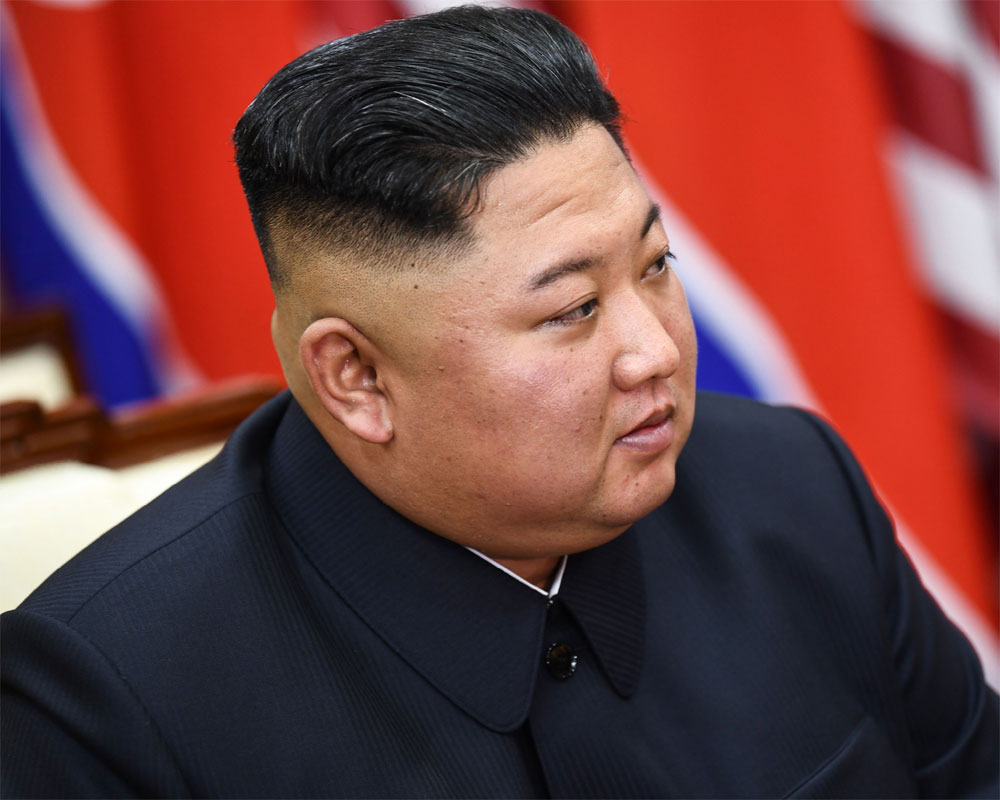 In early May, Kim quelled intense rumours about his health by attending a ceremony marking the completion of a fertiliser factory in his first public activities in 20 days.

But he hadn't again made any follow-up public appearance in about another 20 days until the state news agency on Sunday said that he led a meeting of the Central Military Commission of the ruling Workers' Party.

"Set forth at the meeting were new policies for further increasing the nuclear war deterrence of the country and putting the strategic armed forces on a high alert operation," the Korean Central News Agency said, without saying exactly when the meeting was held.

The meeting also discussed increasing the capabilities for deterring "the threatening foreign forces", it said.

It was held amid a prolonged deadlock in negotiations with the United States over the North's nuclear programme. The two countries' diplomacy faltered when a second summit between Kim and President Donald Trump in February 2019 ended without any agreement due to disputes over US-led sanctions on North Korea.

Frustrated over the lack of progress, Kim later said he would unveil "a new strategic weapon" and would no longer be bound by a self-imposed moratorium on nuclear and long-range missile tests.

Kim hasn't still followed through with those threats though he conducted a slew of short-range missile tests.

On Sunday, the North's main Rodong Sinmun newspaper released photos showing Kim clad in his trademark dark Mao suit and delivering a speech, writing down on a document and pointing his stick at a board on the podium.

Despite lingering rumors about Kim's health, South Korean officials said he didn't undergo surgery or any other medical procedure.

South Korea's spy agency recently told lawmakers that it believes the coronavirus pandemic had led Kim to avoid public activities, saying he appeared in public 17 times this year, compared with an average of 50 appearances in the same time period each year since he took power in late 2011.