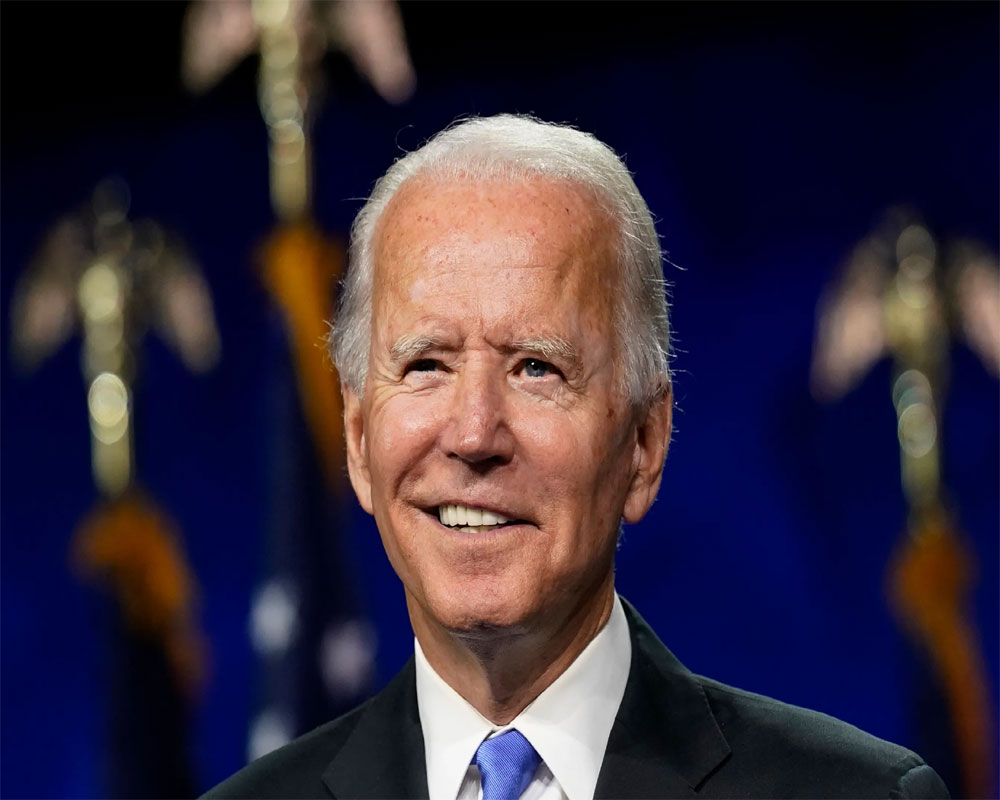 Democratic presidential candidate Joe Biden has justified his decision not to hold public rallies and restrict his travel, arguing that he does not want to be a COVID-19 super spreader.

The US had more than 481,372 new cases of COVID-19 last week, setting a record for the most new infections reported in a week since the pandemic began. Nearly half the country set records for new COVID-19 cases in a week while five states had a record number of deaths in a week: Montana, North Carolina, South Dakota, Wisconsin and Wyoming.

The US reports a new COVID-19 case every 1.26 seconds, according to a USA Today analysis of Johns Hopkins University data. Worldwide, there have been more than 43 million coronavirus infections.

"The big difference between us - and reason why it looks like we're not traveling -we're not putting on super spreaders. We are doing what we're doing here," Biden, 77, told reporters in his home State of Delaware on Monday.

"Everybody's wearing a mask and trying as best we can to be socially distanced. And that's what we're doing. You've attended a number of our press conferences as well. It's important to be responsible," Biden said.

The former vice president, who is leading in national polls against his Republican rival incumbent President Donald Trump, exuded confidence of winning the November  3 election.

"You know me. I am not overconfident about anything. I just wanna make sure we can earn every vote possible. That's why we're here. And you know that- that blue wall has to be re-established. With the grace of God and the goodwill of the neighbours, I'm gonna win Pennsylvania. It's a matter of a great deal to me personally as well as politically,” he said.

Biden said he will trave to Iowa, Wisconsin, Georgia, Florida and maybe other places as well.

"There's a lot we've been doing as well in terms of being online and social ..Everything from fundraising efforts to making sure we meet. I met today with a group of leaders in the Democratic Party laying out where we're gonna go. Getting their input and the like,” he asserted.

Biden slammed Trump for his alleged failure to control coronavirus.

"The bottom line is Donald Trump is the worst possible president, the worst possible person to try to lead us through this pandemic. He either doesn't have any idea what to do or he just doesn't care. On Friday, Dr. Tony Fauci, the nation's most respected infectious disease expert, publicly acknowledged that the president has not even met with his COVID-19 team for months," he said.

On Monday evening, his campaign announced that Biden would be travelling to the battleground state of Michigan later this week to "discuss bringing Americans together to address the crises facing the country."

Trump had won the 2016 elections in Michigan by just 10,000 votes, the lowest in presidential elections.

Both Trump and his vice president Mike Pence are campaigning in Michigan this week. Biden's running mate Kamala Harris was in Michigan over the weekend. Jill Biden is also planning to campaign in Michigan on behalf of her husband this week.