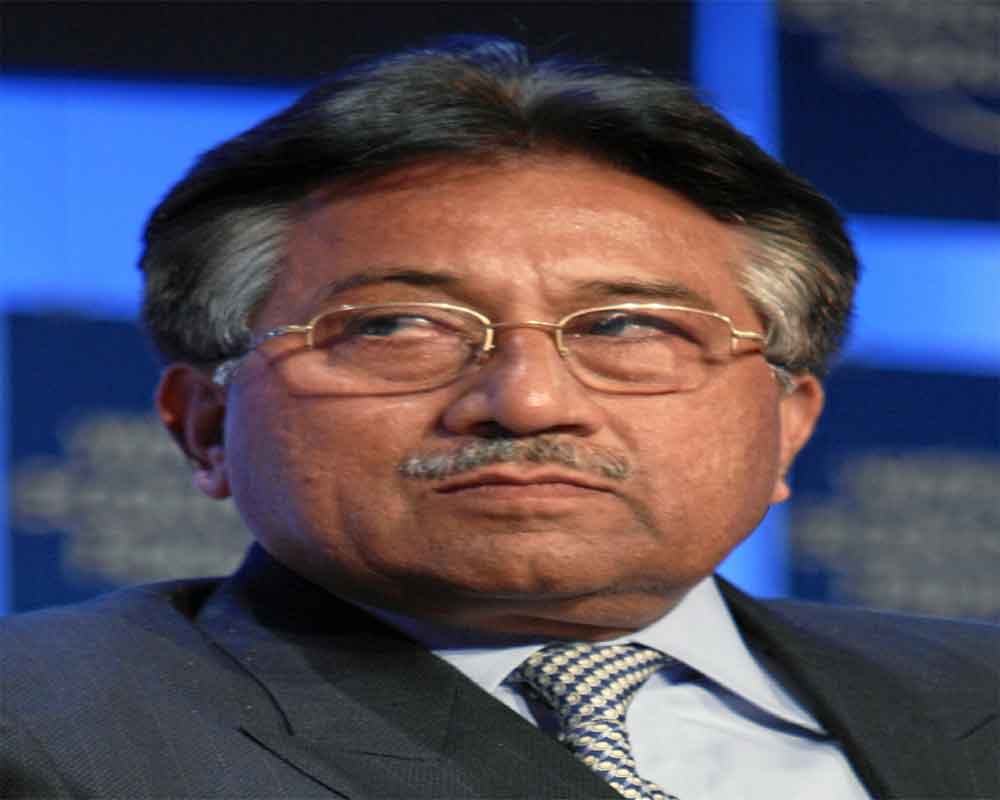 In a major relief for Pakistan's self-exiled former military dictator, a top court here on Monday quashed Pervez Musharraf's death sentence and termed as "unconstitutional" the formation of a special tribunal that tried him for high treason.

The special court of Islamabad on December 17 last handed down the death penalty to 74-year-old Musharraf after six years of hearing the high-profile treason case against him. The case was filed by the Pakistan Muslim League-Nawaz government in 2013.

The court also ruled that the treason case against Musharraf was not prepared in accordance with the law.

After Monday's ruling, the special court's verdict stands void, Dawn reported, quoting both the government and Musharraf's lawyers as saying.

The decision came in response to a petition filed by Musharraf challenging the formation of the special court for the high treason case against him.

In his petition, Musharraf had asked the court to set aside the special court's verdict for being illegal, without jurisdiction and unconstitutional, while also seeking suspension of the verdict till a decision on his petition was made.

Additional Attorney-General Ishtiaq Ahmad Khan earlier told the court that the formation of the special court to try Musharraf under Article 6 of the Constitution was not part of the agenda of federal cabinet meetings of the government of then prime minister Nawaz Sharif.

"The special court was constituted without the formal approval of the cabinet," Khan said in court. He also maintained that the charges filed against the former president were flimsy since, under the emergency powers of the executive, fundamental rights could be suspended.

Justice Naqvi had asked the federal government on Friday to submit a summary on the formation of the special court and had directed the government's lawyer to present arguments on Monday.

Musharraf ruled Pakistan from 1999 to 2008 and lives in Dubai in self-imposed exile.

The PML-N government had filed the treason case against the former army chief in 2013 over the imposition of an extra-constitutional emergency in November 2007, which led to the confinement of a number of superior court judges in their houses and sacking of over 100 judges.

In August 2008, he finally resigned in the face of impeachment proceedings by the new governing coalition, going into exile until his ill-starred homecoming in 2013, exiling himself once more three years later.