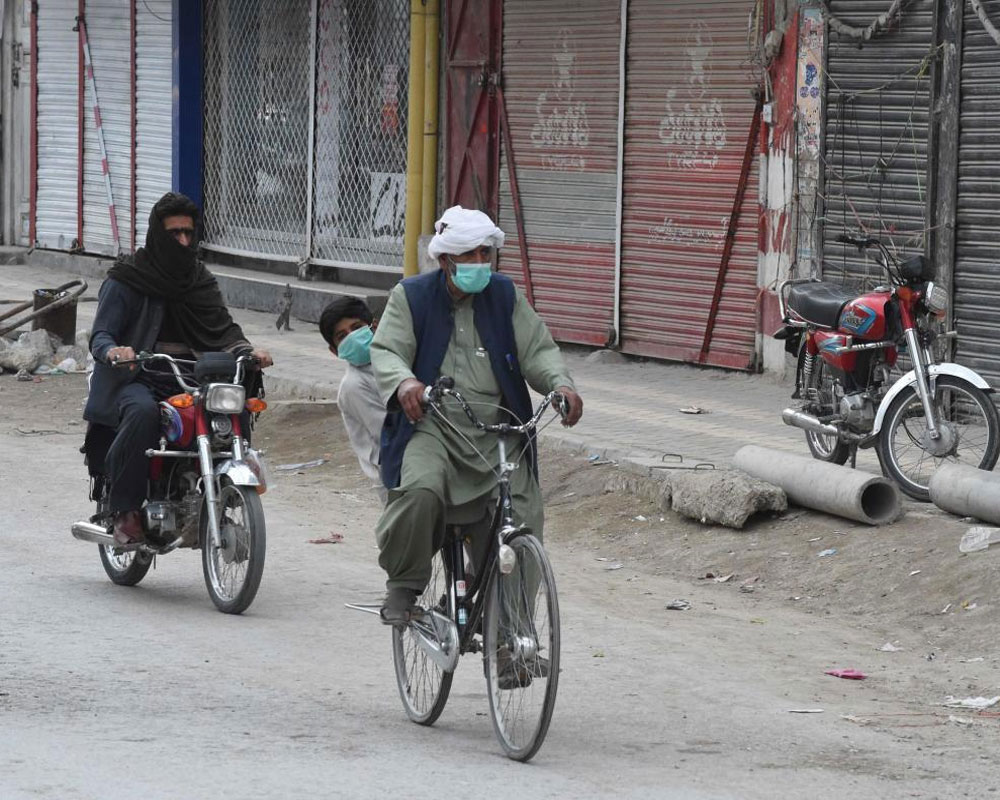 Islamabad, Apr 7 (PTI) The total number of coronavirus cases in Pakistan has sharply increased to 3,864 with more than 500 fresh infections while the death toll reached 54, the health officials said on Monday.

The Ministry of National Health Services, in an early morning update on its website, reported that four patients died of coronavirus in the last 24 hours.

The total number of patients who died due to COVID-19 has reached 54. As many as 429 have recovered while 28 were in critical condition, it said.

The increase in the number of new cases was reported despite hectic efforts to curtail the spread of the virus.

The government has extended the partial lockdown until April 14 and asked people to stay at homes and follow social distancing.

Meanwhile, medical staff across Pakistan have complained for weeks over the severe shortages of safety equipment in hospitals as they treat patients suffering from the coronavirus.

Police on Monday arrested doctors and medical staff in Balochistan for protesting over the lack of protective gears.

According to President Young Doctors Association Dr Yasir Khan, more than 150 doctors and paramedics have been arrested.

The doctors and medical staff wanted to protest outside the Chief Minister House when the police baton-charged them.

The protest came after more than a dozen doctors contracted the virus reportedly while discharging their duties.

Supreme Court Chief Justice Gulzar Ahmed on Monday criticised the government for lack of efforts to combat the coronavirus, saying "nothing is being done on ground".