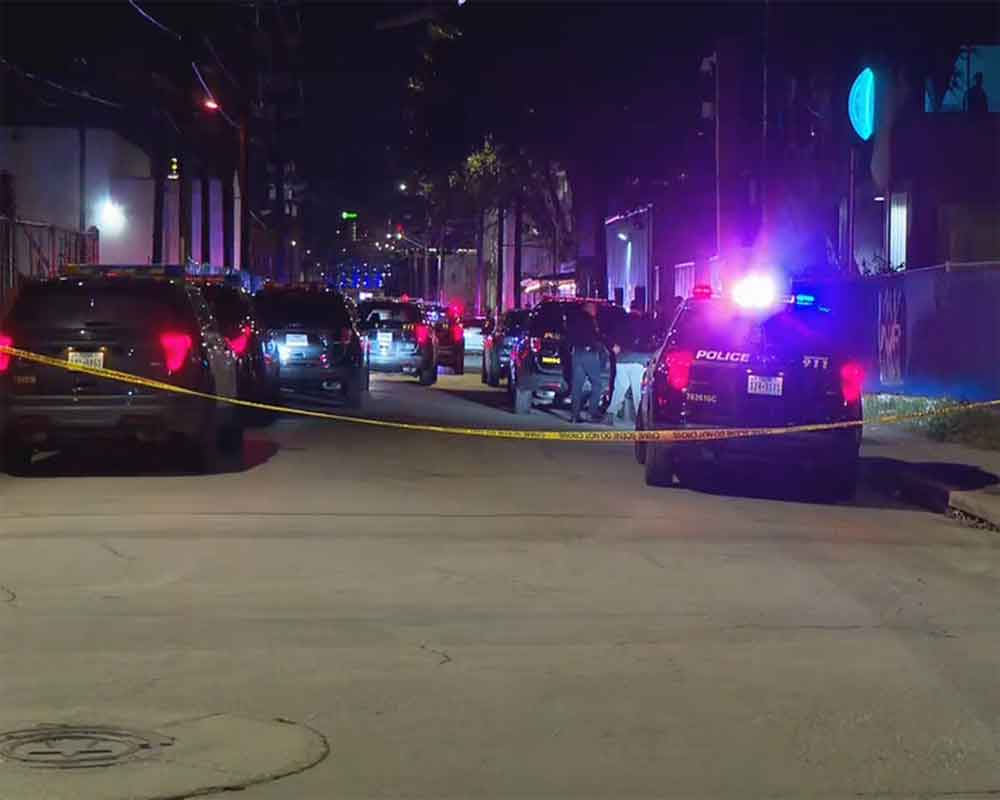 Police in Kansas City, Missouri, say at least two people are dead and 15 people were reportedly injured in a shooting.

The shooting took place shortly before midnight Sunday, Kansas City police said at a press conference at the scene. A police spokesman said responding officers found “a chaotic scene” and had to call in help from around the city. Two people were found dead, including a woman in the parking lot.

Police believe the shooter is one of the deceased. The spokesman said the shooter opened fire on a line of people waiting to enter a bar, but the motive for the shooting wasn't immediately clear. The shooter was shot by an armed security guard, police said.

During the investigation, police heard that people — at least 15 — were showing up to local hospitals with injuries from the shooting. At least three people were in critical condition, police said.

The scene was near U.S. Highway 40. KSHB-TV, which had a reporter at the scene, identified the bar outside which the shooting took place as 9ine Ultra Lounge. A Facebook post on the club's page advertised Sunday night's “Sold Out Sundays” event, which appeared to be a celebration of the Kansas City Chiefs. The Chiefs — featured on the event's artwork — beat the Tennessee Titans on Sunday to advance to the Super Bowl.