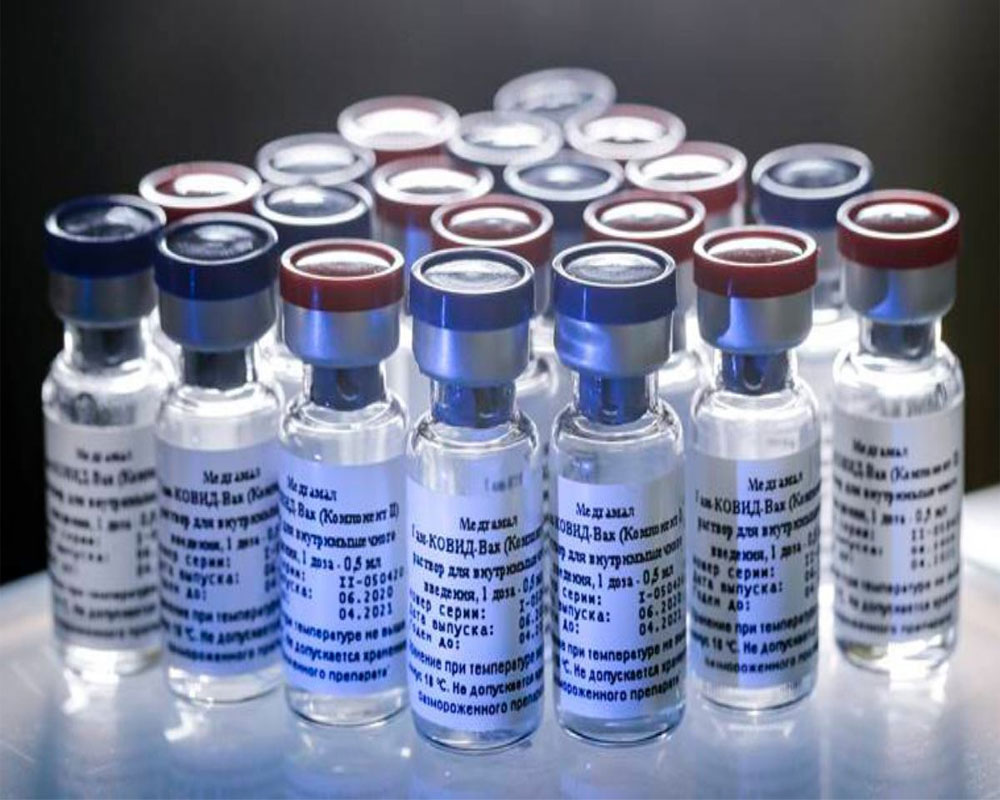 The Russia-developed Sputnik V vaccine against coronavirus has been found to be over 95 percent effective, CEO of the Russian Direct Investment Fund (RDIF ) Kirill Dmitriev said on Tuesday.

In a virtual conference from Moscow, Dmitriev said Sputnik V is not only “one of the most effective” but also among the “affordable” vaccines in the world.

The Sputnik V vaccine has been developed by the Gamaleya National Research Center of Epidemiology and Microbiology and RDIF.

The RDIF CEO said the vaccine can be stored in temperatures ranging from 2-8 degrees Celsius which is a very important factor in facilitating easy distribution.

“The efficacy of the vaccine is over 95 percent which is great news not only for Rusia but (also) for the world,” Dmitriev said.

The news augurs well for India as pharma giant Dr Reddy's Laboratories is conducting clinical trials of the Sputnik V vaccine as well as its distribution.

Dmitriev said the clinical trial data will be also published in international journals and peer-reviewed by the international community.

“The price of one dose of Sputnik V will amount to less than USD10 in the international market. The vaccine will require a primer booster shot and the price will be less than USD20. This is half the cost for vaccines with similar efficacy,” he said.          The RDIF CEO also said this vaccine can be stored in temperatures ranging from 2-8 degrees Celsius.

“We have achieved the industrial production of the dry form of the vaccine that will allow us to distribute it and use it at temperatures of plus 2 to plus 8 degrees Celsius.

“This will also be one of the most affordable vaccines in terms of distribution, logistics, and everything else.

"As you know there are many colleagues with us…Latin America, Asia, Africa and for all these countries, the dry form could be installed at 2-8 degrees Celsius. It is an important factor in saving lives and logistics,” he said.

Amid a global race to come out with an effective vaccine to check the pandemic that had ravaged the world, Pfizer Inc and its German partner BioNTech too had announced that their vaccine appears 95 percent effective at preventing mild to severe COVID-19 disease in a large, ongoing study.

US-based biotechnology giant Moderna also announced that its COVID-19 vaccine has shown to be 94.5 percent effective in preventing the deadly disease.