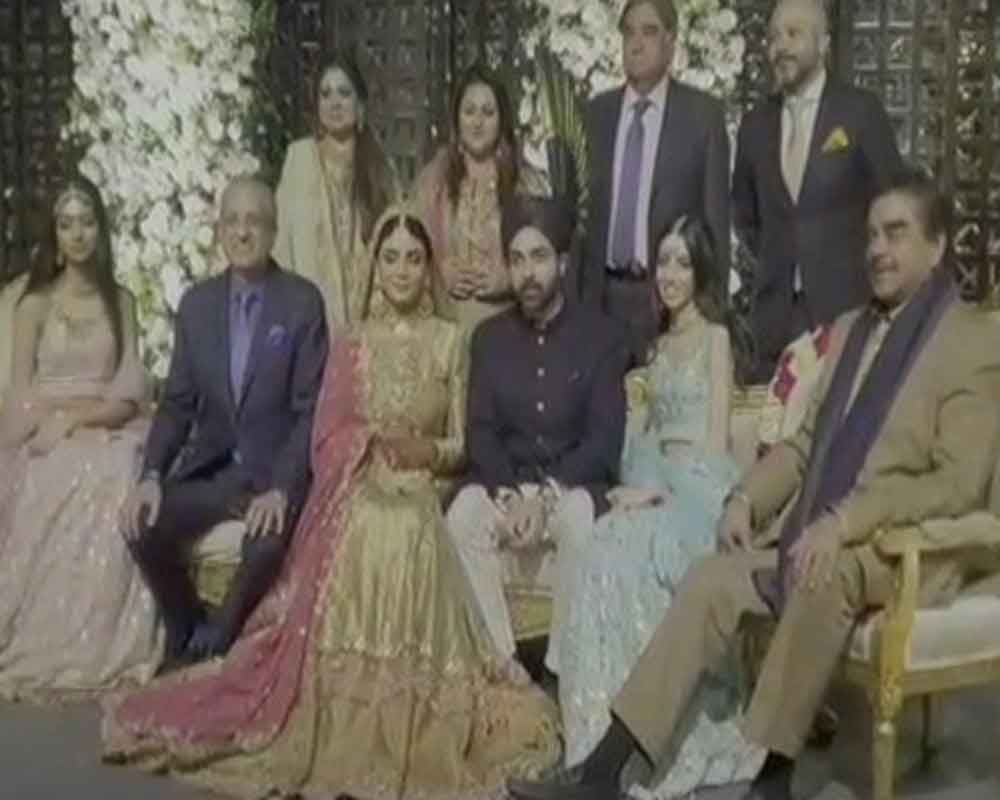 Bollywood veteran and Actor and former Member of Lok Sabha Shatrughan Sinha was recently spotted at a wedding in Lahore, Pakistan.

The news went viral all over social media after pictures and videos of the wedding, in which Sinha can be seen at the venue, were posted by a user on Instagram. The user has been identified as a local photographer in Lahore.

The videos and snapshots of the wedding show Sinha attending a qawwali night, according to indiatoday.in. Sinha is seen with Pakistani actress Reema Khan in one video, looking dapper in black suit and trademark scarf around his neck, also in black.

Not surprisingly, sections of social media were livid over Sinha's attending a wedding in Pakistan, according to timesofindia.com.

"Indian soldiers are dying on the borders safeguarding the nation and our B-Town celebs are proving their friendship with Pakistanis," wrote a user.

Another user tried making light of the incident: "What is Shatrughan Sinha doing in Lahore? We'd ask him but he'd just say 'Khamosh!'"