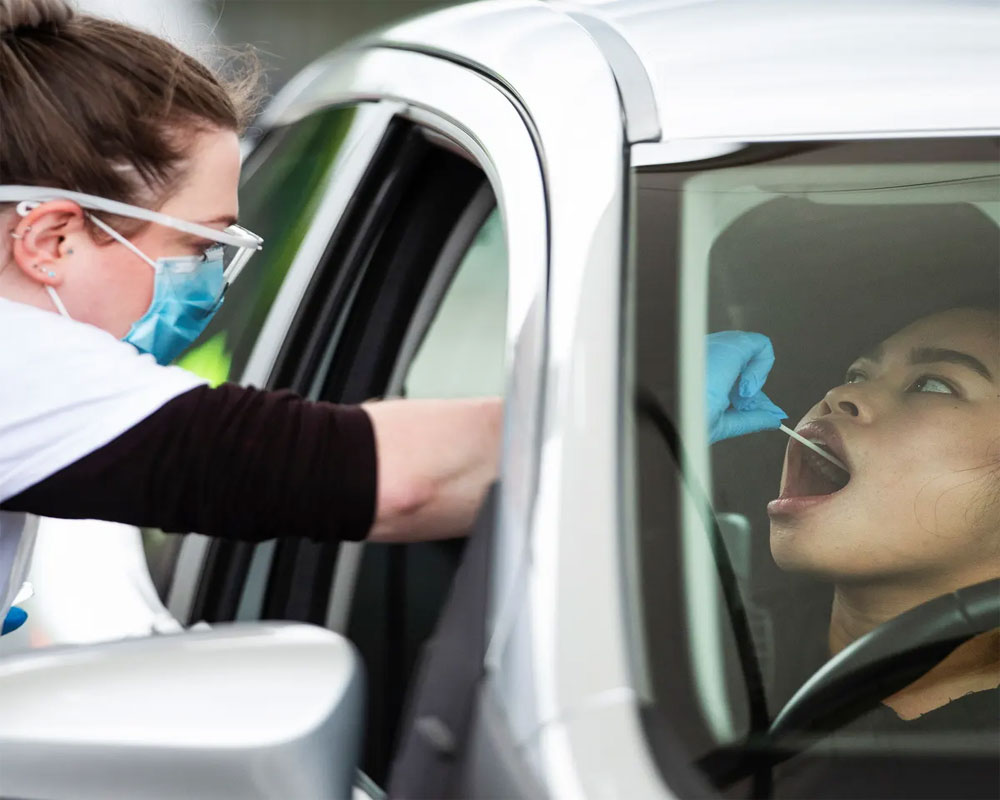 Singapore reported 158 new COVID-19 cases on Wednesday, including nine community infections and the rest being foreign workers living in dormitories, the Ministry of Health said.

Out of the nine community cases, four are Singaporeans (citizens) or permanent residents (foreigners) and five are foreigners holding work passes and living outside the dorms.

The number COVID-19 cases among foreign workers living in dormitories was 149, the ministry said.

As of Wednesday, the total number of cases in Singapore reached 45,298 since it began tracing the disease in January 2020.

There were also three imported cases, all of whom were placed on stay-home notices upon arrival in Singapore. Their details have not been divulged yet.

Meanwhile, authorities are concerned about the number of increasing cases among the community.

Kenneth Mak, ministry's director of medical services, was quoted as saying by Channel News Asia that the authorities do not have "active plans" to return to Phase 1 of the circuit breaker to control the spread of the disease immediately after the general elections on July 10.

The country entered phase 2 of its reponing from the circuit breaker on June 19, ending phase 1.

Mak said that the task force leading Singapore's response to the pandemic did not see the rise in the number of community cases as a second wave of infections, attributing it to an increase in social interactions after the circuit breaker.

"We are working on our contingencies, we're mindful that we may see clusters emerging in various places, we do not want to be complacent, and as a result we are working on our responses should any of these scenarios bear fruit," he was quoted as saying by the Channel.

"We continue to allow for safe resumption of services in the community, but that requires all of us in the community to do our part, to maintain our discipline, to actively practise safe distancing measures, to protect each and every one of us," Mak said.

Health Minister Gan Kim Yong said the number of community cases has remained "low overall", but the number of such cases has "increased somewhat" over the last few days.