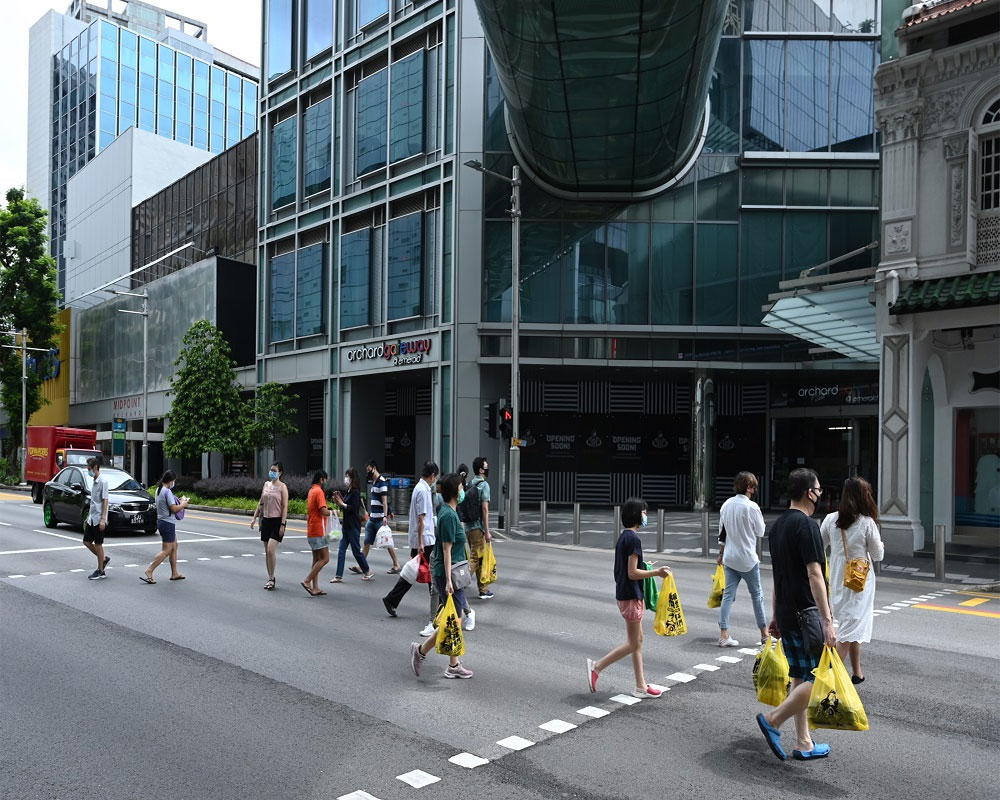 Singapore on Saturday reported 506 new COVID-19 cases, the majority of them being foreign workers residing in dormitories, taking the total number of infections in the country to 34,366.

According to the health ministry, there were five community cases. Two community cases are Singapore citizens or permanent residents (foreigners), and three are work pass holders (also foreigners).

The vast majority of the new cases are work permit holders residing in foreign worker dormitories, it said.

Three inmates and a staff nurse at the Changi Prison have tested positive for COVID-19 as of Friday. It was not clear when these case were detected.

All four cases are unlinked, said the Singapore Prison Service (SPS) in a statement on Saturday.

"All three inmates were newly admitted inmates who were still undergoing cohort segregation when they tested positive for the virus following a swab test," said the SPS.

The SPS said that as part of COVID-19 precautionary measures, all newly admitted inmates are kept apart from others in the jail for 14 days.

Following confirmation of their positive results, the three inmates in question were then isolated and put in a separate prison facility, away from the rest of the newly admitted inmates.

Two of the inmates have been discharged from that facility and the third remains "clinically well", said the SPS.

The prison service added that the staff nurse, from its medical service provider, has recovered and is back at work.

Under the "circuit breaker" put in place to curb the spread of COVID-19, the SPS had earlier suspended all family visits and face-to-face programmes for inmates.