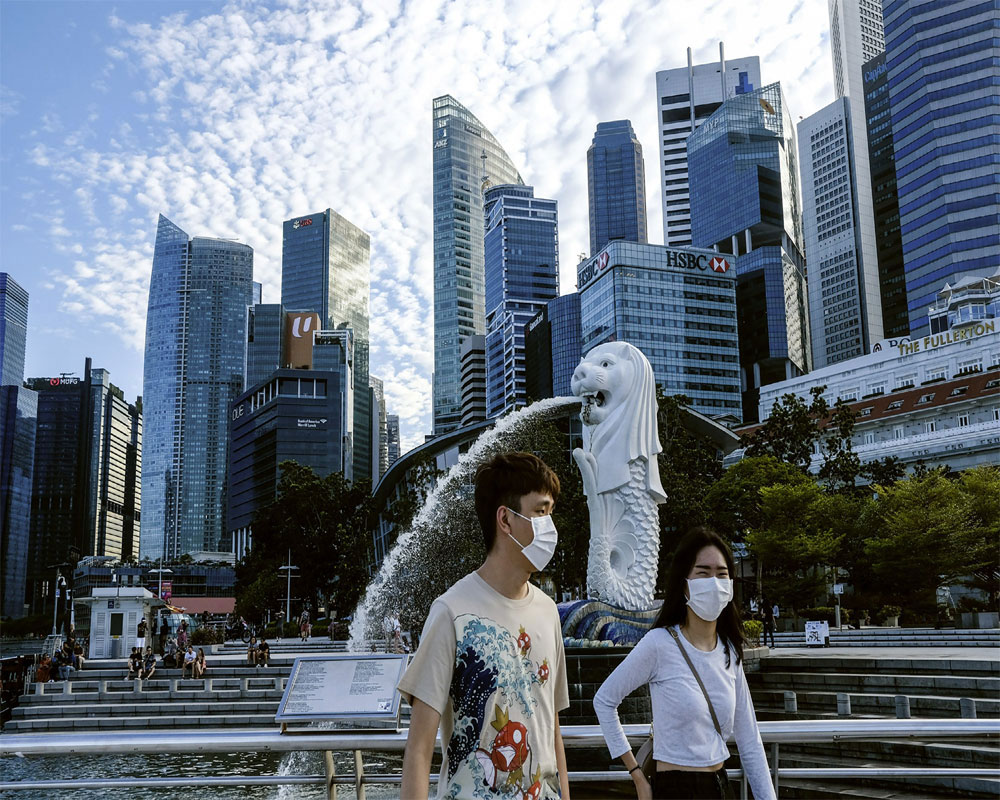 Singapore on Saturday reported its sixth death from the novel coronavirus as the confirmed cases rose to 1,114, the health ministry said, a day after Prime Minister Lee Hsien Loong announced home-based learning for schoolchildren and closure of most workplaces to curb the spread of the deadly disease.

The latest fatality from the virus was an 88-year-old Singapore permanent resident who had a history of terminal illness.

The man was diagnosed with COVID-19 on March 29 and admitted to the National Centre for Infectious Diseases (NCID) the following day.

He had been in the intensive care unit since March 30 but developed serious complications and died on Saturday, the ministry said.

This is the fourth death from COVID-19 reported in Singapore in a week.

The Ministry said that the total number of infections in the country has reached 1,114.

Lee, during a live televised speech to 5.6 million Singaporeans on Friday, said that he was worried that unless "we take further steps, things will gradually get worse or another big cluster may push things over the edge".

"We have decided that instead of tightening incrementally over the next few weeks, we should make a decisive move now to pre-empt escalating infections," he said.

Most workplaces, with the exception of essential services and key economic sectors, will be closed.