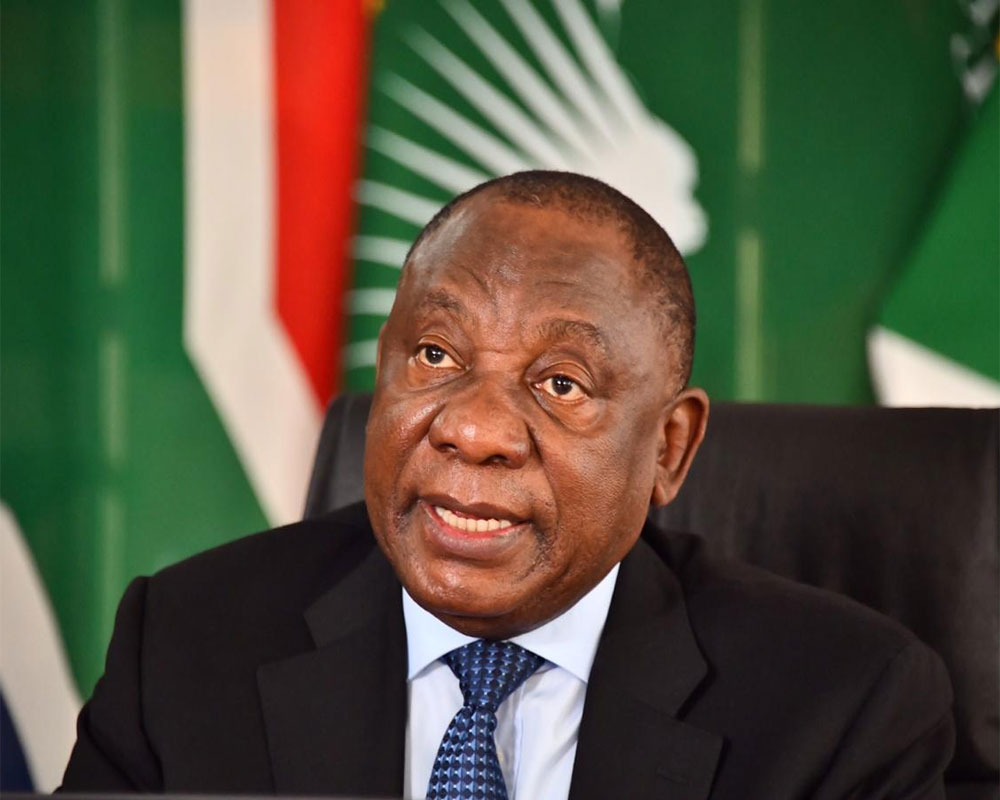 South Africa's coronavirus outbreak is going to get much worse, President Cyril Ramaphosa has warned, while announcing that the lockdown measures would be eased to allow conditional sale of alcohol and certain economic activities from June 1.

The president has been under pressure to ease the lockdown measures to restart the economy.

In an address to the nation on Sunday, Ramaphosa said the first 10 weeks of the national lockdown has left South Africa in a much better state than most other countries that were similarly poised.

But most of the country's metropolitan cities, including three in the economic hub of Gauteng province, have been identified as COVID-19 hotspots which will receive special attention.

There are now 22,583 confirmed coronavirus cases in South Africa, and around half of those infected have recovered. A total of 429 people have died due to the COVID-19.

"We have known all along that the lockdown would only delay the spread of the virus, but that it would not be able to stop it. Until there is a vaccine available to all, the coronavirus will continue to spread in our population. This means that we must get used to living with the coronavirus for some time to come.

"As scientists had predicted, the infections in our country have now started to rise sharply. One-third of the cumulative confirmed cases were recorded in the last week alone. And we should expect that these numbers will rise even further and even faster," Ramaphosa said.

The President said moving to level 3 of the five-tier lockdown will result in opening up of the economy, but cautioned that there are parts of the country where the disease is concentrated and where infections continue to rise.

"We will have a differentiated approach to deal with those areas that have far higher levels of infection and transmission. These areas will be declared coronavirus hotspots.

A hotspot is defined as an area that has more than five infected people per 1,00,000 population or where new infections are increasing at a fast pace.

The list of hotspot areas will be reviewed every fortnight depending on the progression of the virus.

"We will assign a full-time team of experienced personnel to each hotspot. This team will include epidemiologists, family practitioners, nurses, community health workers, public health experts and emergency medical services, to be supported by Cuban experts, Ramaphosa said.

Should it be necessary, any part of the country could be returned to alert levels 4 or 5 if the spread of infection is not contained despite our interventions and there is a risk of our health facilities being overwhelmed, he said.

The curfew from 8 pm to 5 am under level 4 will be lifted, with alcohol sales permitted under strict conditions on specified days and for limited hours.

But the controversial prohibition on the sale of tobacco products will remain in level 3 of the lockdown due to the health risks associated with smoking.

Public gatherings except for a maximum of 50 people at funerals and for meetings in the workplace for work purposes remain prohibited, as are cultural, sporting, entertainment, recreational, exhibitional, organisational or similar activities.

Ramaphosa said fruitful discussions had been held with leaders of the religious community on their proposals for the partial opening of spiritual worship and counselling services subject to certain norms and standards.

We have all agreed to have further discussions on this issue and are confident we will find a workable solution, he said.

To ensure that we maintain social distancing, certain high-risk economic activities will remain prohibited. These include accommodation and domestic air travel, except for business travel, which will be phased in on dates to be announced, the president added.

Our national borders will remain closed except for the transport of goods and repatriation of nationals.

On the hotly debated issue of schools reopening in a phased manner from June 1, Ramaphosa said that no parents will be forced to send their children to schools, where the calendar will be revised and the curriculum trimmed to recover the 2020 school year.

The President called on public universities to implement remote teaching and learning strategies from June 1 to ensure that all students are given a fair opportunity to complete the 2020 academic year.

I want to emphasise that the easing of some restrictions does not mean that the threat posed by the coronavirus has passed or that our fight against the disease is over.

In fact, the risk of a massive increase in infections is now greater than it has been since the start of the outbreak in our country, the President warned.