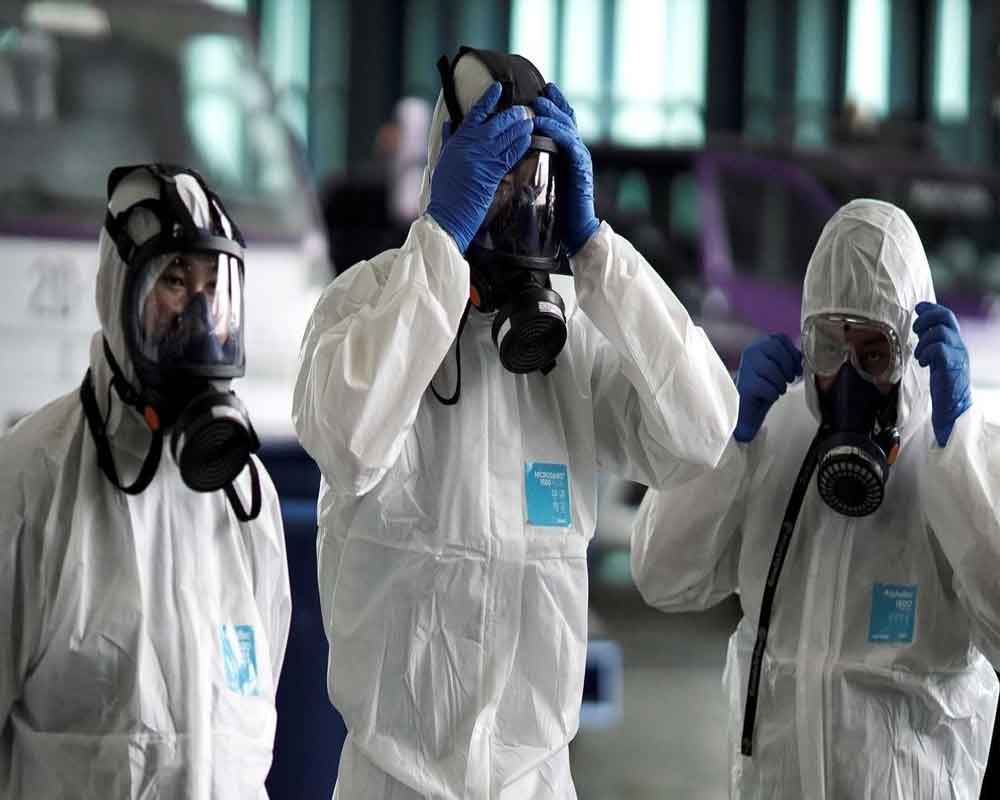 South Korea reported 256 new coronavirus cases on Friday, taking its total -- the highest in the world outside China -- to 2,022, the Korea Centers for Disease Control and Prevention said.

More than 90 per cent of the new cases were in Daegu -- the city at the epicentre of the outbreak in South Korea -- and the neighbouring North Gyeongsang province, it added, with no further deaths keeping the toll at 13.

South Korea's total is expected to increase further after checks began on more than 2,10,000 members of the Shincheonji Church of Jesus, a secretive entity often accused of being a cult that is linked to around half of the country's cases.

A 61-year-old female member developed a fever on February 10, but attended at least four church services in Daegu -- South Korea's fourth-largest city with a population of 2.5 million -- before being diagnosed.

Daegu mayor Kwon Young-jin said the city's total could reach as many as 3,000 in the coming days as more test results on Shincheonji members come through, South Korea's Yonhap news agency reported.

"The next one week will be the tipping point," he said.