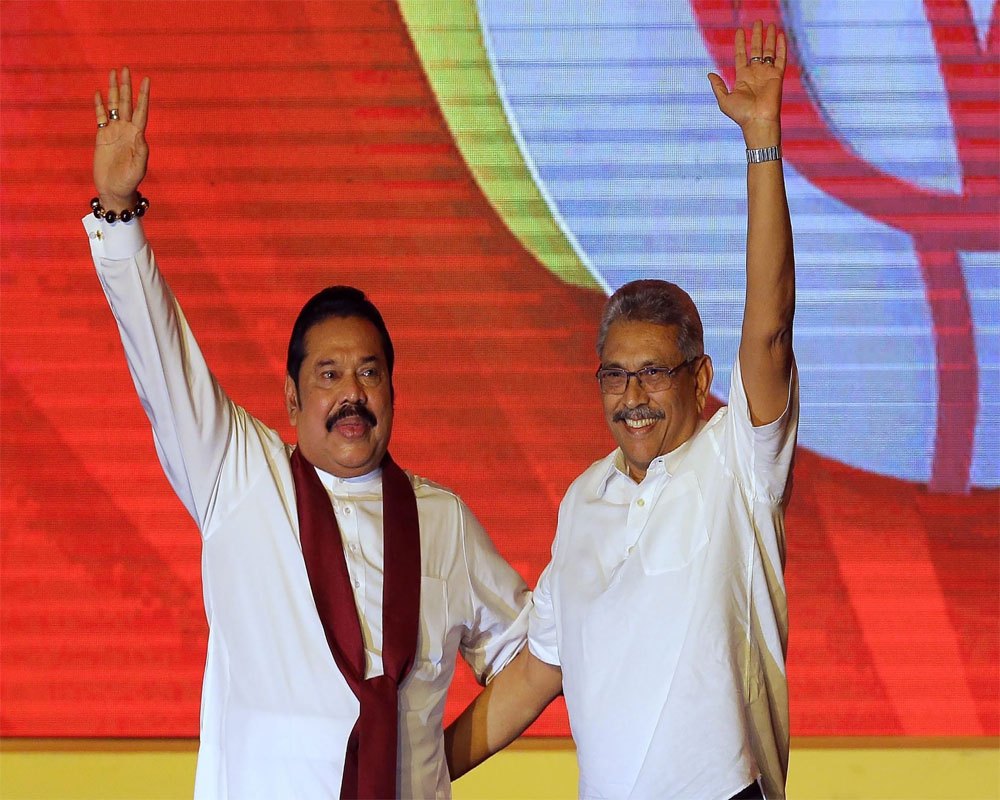 The Cabinet took oaths in the presence of President Gotabaya Rajapaksa and his elder brother Prime Minister Mahinda Rajapaksa in the central town of Kandy.

President Gotabaya retained the ministry of defence while his elder brother Mahinda Rajapaksa has been assigned three separate ministries including the key finance portfolio.

Mahinda's elder son, Namal Rajapaksa has been named the Minister of Youth Affairs and Sports - a first time Cabinet position since he entered parliament in 2010.

The eldest brother of the president, Chamal Rajapaksa holds a Cabinet ministry in addition to being the state minister of internal security. His son, Shasheendra Rajapaksa has also been given a state ministry, Sri Lankan media reported.

The Rajapaksa led SLPP won a landslide in the parliamentary election held last week by winning a record 145 seats in the 225-member Parliament.

The parliament is to meet on August 20 for its first session.

Sri Lanka was one of the very few Asian countries apart from Singapore to hold general elections in the midst of the coronavirus pandemic.