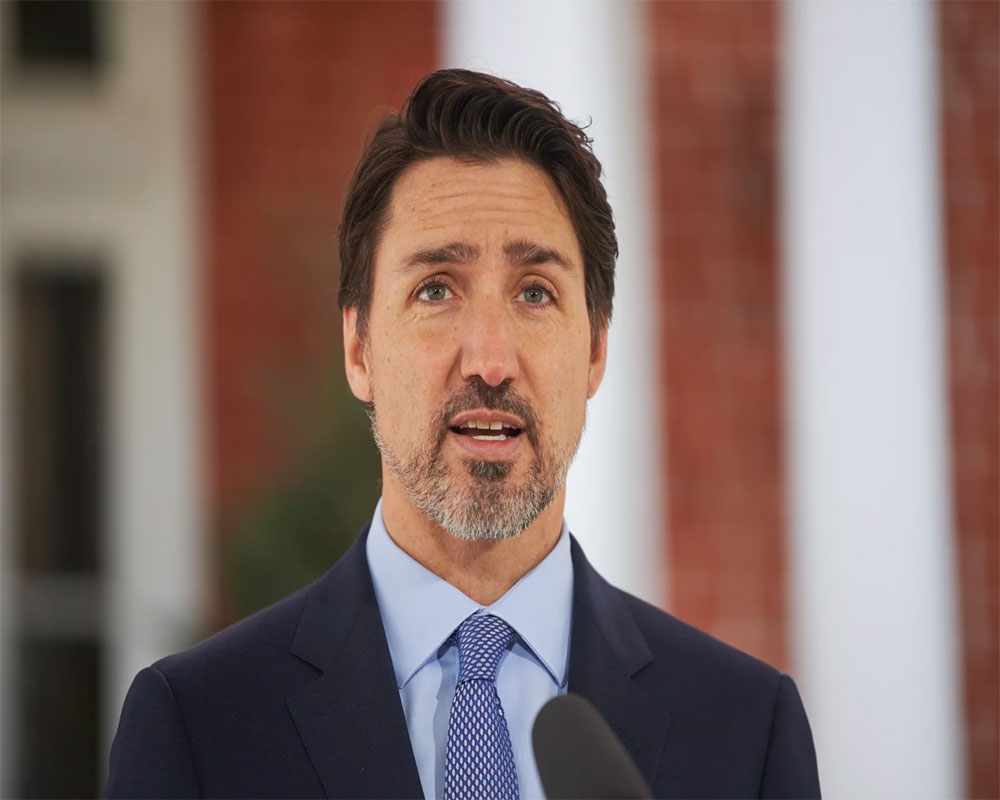 Canadian Prime Minister Justin Trudeau has urged Parliament to pass emergency legislation against the COVID-19 pandemic for Canadians and businesses.

Those include broad new powers to authorize the federal cabinet to spend money until December 2021, and in some cases without any time limits at all, without having to put their proposals to a vote in the parliament.

At his daily address to the nation Tuesday morning outside Ottawa Cottage where he has been in self-isolation, Trudeau said his government's intention was not to undermine the role of parliament to act as a check and oversight on federal spending.

Trudeau said he has spoken with opposition leaders Tuesday and that work is underway to strike the right balance between parliamentary accountability and granting the government the power to act quickly.

"We recognize that this pandemic is moving extremely quickly and it is an exceptional situation that requires extreme flexibility and rapidity of response by governments to be able to help Canadians and react to a situation that we've seen is moving quickly every single day," he said.

"We've been in close discussion with the opposition parties to find a way to both get that flexibility to be able to get measures out the door and keep in place our democratic institutions and the values that are so important to us all," he said. "We will always ensure that our system works in a robust way both around accountability and helping Canadians as quickly as is necessary in these exceptional circumstances."

All provinces and territories in Canada have declared some form of public health crisis or state of emergency. But questions continue to circulate as to whether the local efforts are enough to deal with those not following the physical distancing measures or whether it's time the Canadian federal government intervene with extreme powers.

Nearly half of Canada's COVID-19 cases are now being acquired through community spread, a significant shift as the number of infections, hospitalizations and deaths rises across the country.

On Monday, the Public Health Agency of Canada said that 44 per cent of all COVID-19 cases in the country are the result of community transmission, meaning they have no link to international travel and Canadians could contract the virus while visiting friends or buying groceries.