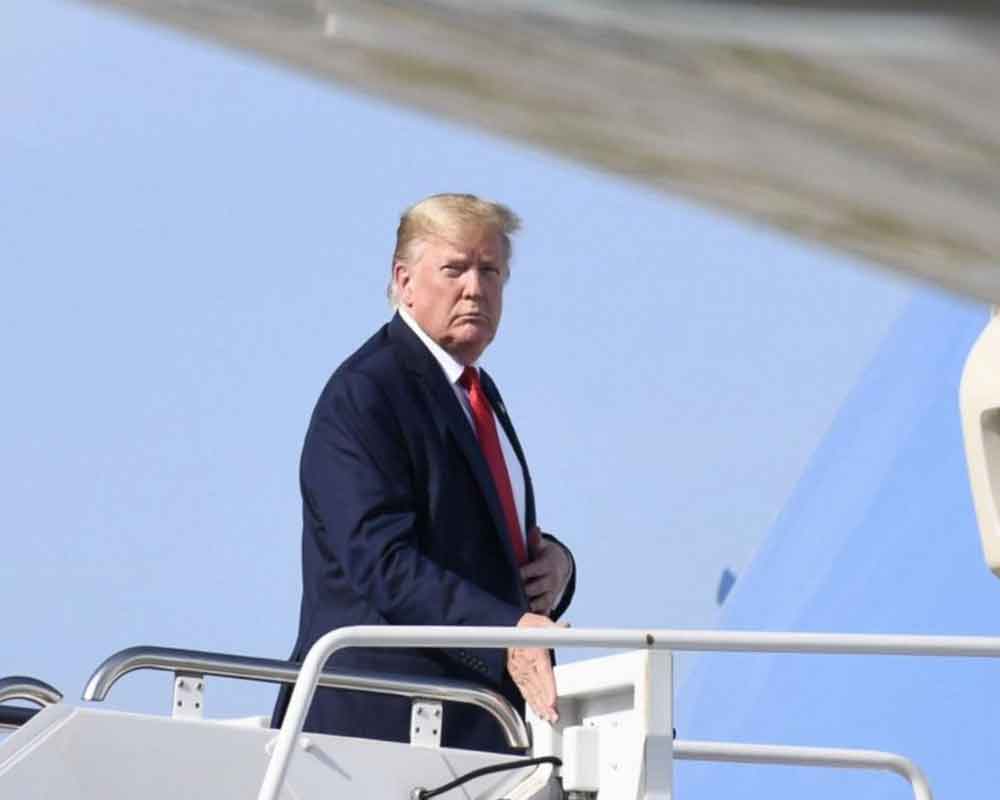 Donald Trump's defenders and supporters skirmished over the airwaves on Sunday a day after the US president's legal team dismissed his impeachment trial as unconstitutional and dangerous.

Coming two days before Trump's trial opens in the Senate, the clashing arguments offered an early taste of the historic drama to play out in coming weeks.

Beginning Tuesday, the chamber will meet six hours a day for six days a week in only the third impeachment trial of a US president, with lofty constitutional issues brushing up against raw partisan politics.

It will be a "grueling exercise," Republican Senator John Cornyn said on CBS.

Celebrity attorney Alan Dershowitz, a recent addition to Trump's legal team, argued Sunday that even if every charge sent by the House to the Senate for the president's trial were accepted as true, it would not rise to the level of impeachable behavior.

"The (House) vote was to impeach on abuse of power, which is not within the constitutional criteria for impeachment, and obstruction of justice," Dershowitz, a Harvard law professor emeritus, said on ABC.

A politically motivated impeachment, he added, was the "greatest nightmare" of the country's founders.

Adam Schiff, the California lawmaker chosen by House Democrats as lead manager of the impeachment trial, dismissed the notion that abuse of power was not impeachable.

"That's an argument you have to make if the facts are so dead set against you," he said on ABC.

The House impeached Trump on charges that he abused his office to pressure Ukraine to dig up dirt on Democratic presidential candidate Joe Biden by withholding military aid and dangling a White House meeting with the Ukrainian president.

He was also charged with obstructing Congress.

For Republicans to argue that such behavior is not impeachable, Schiff said, "would have appalled the founders, who were worried about exactly that kind of solicitation of foreign interference in an election for personal benefit."

The two sides have been publicly fencing over whether the trial will be conducted quickly, perhaps in as little as two weeks -- Trump's clear preference -- or whether  witnesses can be called and new evidence introduced -- as Democrats insist is needed for a full and fair trial.

The president has said he would like the Senate to almost immediately dismiss the charges, but Republican Senator Lindsey Graham, a Trump confidant, told Fox News: "That is not going to happen. We don't have the votes for that."

"The trial will take a much longer time, because the Democrats will call (former national security advisor) John Bolton, and the president will invoke executive privilege and it will have to go to the courts," he said on CNN.

Republicans say the House erred by not taking the time during its hearings to secure the testimony of key witnesses like Bolton before sending articles of impeachment to the Senate.

Schiff said that would have meant "endless months or even years of litigation."

He added, "What the president is threatening to do is cheat in the next election; you cannot wait months and years to be able to remove that threat from office."

Senate Majority Leader Mitch McConnell has yet to announce the rules for the trial, but has said he is cooperating with the White House and wants it done quickly.

Cornyn said he expected to see essentially the same rules as during the impeachment trial of President Bill Clinton in 1998. That would have both sides lay out their arguments before a possible vote by senators on whether to allow witnesses.

Underscoring the stark divide running through the Senate, Cornyn said Trump was being impeached "for a non-crime for events that never occurred," while Nadler said "any jury would convict him in three minutes flat."