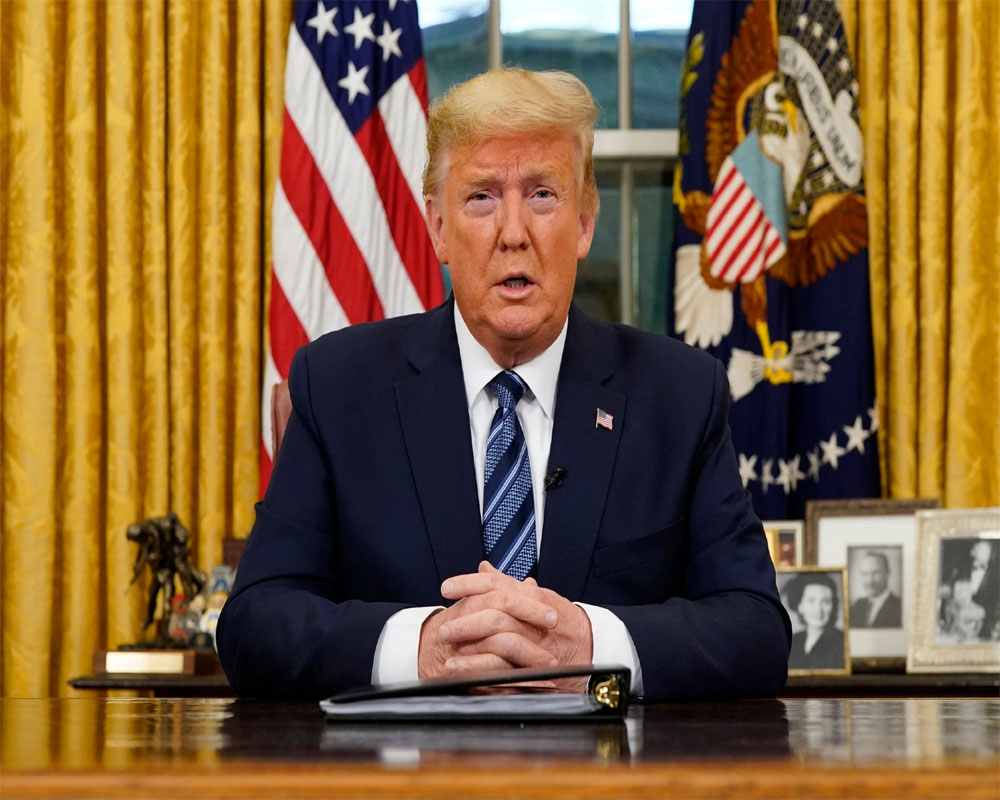 There has been American presence in the European nation from the post-World War II era and currently, about 34,500 US troops are stationed there.

According to The Wall Street Journal and The Washington Post, the decision would cap US troops in Germany to 25,000.

A senior US official said the administration has been discussing the move since September and that it is not linked to German Chancellor Angela Merkel's decision not to attend a G-7 meeting Trump was to host in Washington in the end of June, according to The Wall Street Journal.

Congressman Eliot Engel, chairman of the House Foreign Affairs Committee, described the decision as reckless. "Vladimir Putin (Russian president) must be delighted that the American president is gutting our own deterrent against Russian aggression in Europe," he said in a statement.

"And the president's (Trump) insulting dismissal of one of our most important relationships because of a personal vendetta confirms that he lacks moral leadership, respect for our allies, and understanding of our national security interests, Engel said.

But it is legitimately shocking that Defense Secretary Mark Esper, Joint Chiefs chair General Mark Milley, and others are staying silent as the president pushes through this reckless decision without input from senior officials or experts, he said.

In response, I will be working with my colleagues in the Congress, on both sides of the aisle, to see what can be done to reverse the decision, Engel said.

The Pentagon and the White House's National Security Council was not immediately available for comment.

We always knew Trump would lash out when he is under pressure domestically, but we thought he would first pull out of Afghanistan, an unnamed official was quoted as saying by The Wall Street Journal.

This move will not help friends of the US in Germany who are working hard to preserve the trans-Atlantic relationship, but it will boost the anti-American sentiment that has been spreading here, the official said.

The Washington Post reported that Germany was not informed about the decision as of Friday.

The reduction plan, it said, was pushed by US Ambassador to Germany Richard Grenell, who has also served for the past several months as acting director of national intelligence.

It's another favour to Putin and another leadership failure by this administration that further strains relations with our allies, said Senator Jack Reed, ranking Democrat on the Senate Armed Services Committee. He called the decision as petty and preposterous.