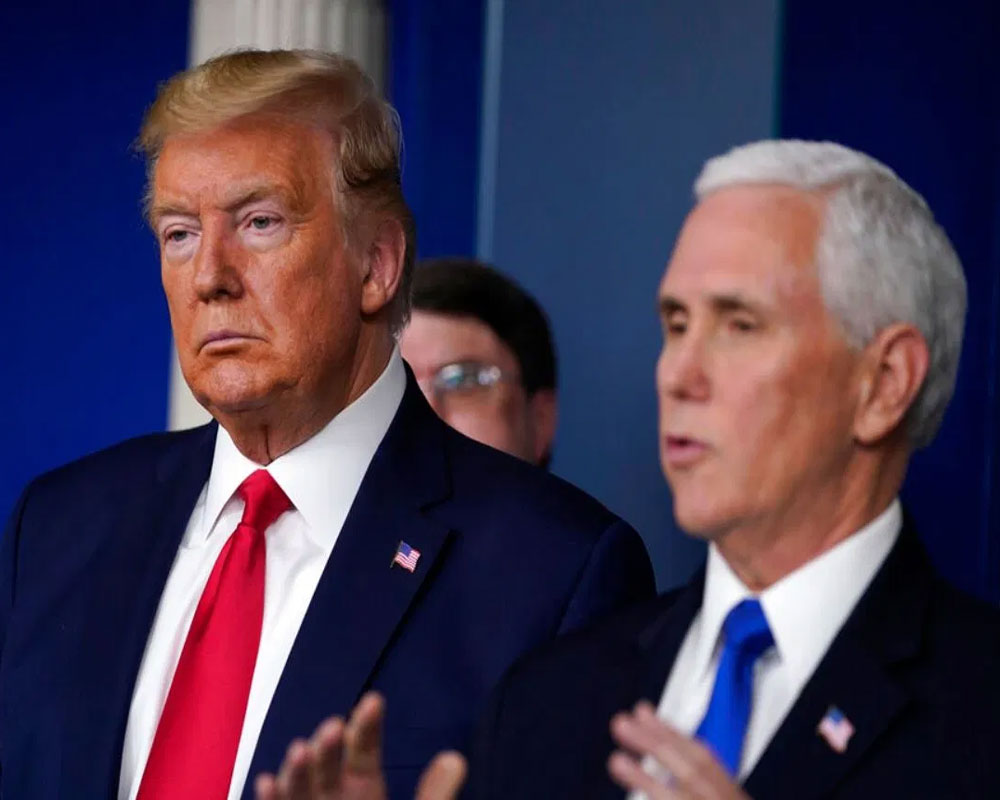 US President Donald Trump has requested novel coronavirus test kits from South Korea, his counterpart Moon Jae-in said on Wednesday, as Washington pushes for a quick reopening of the world's biggest economy.

The South was once the hardest-hit country outside China, where the virus first emerged, but appears to have brought its outbreak under control thanks to a huge testing and contact-tracing effort.

By midnight on Tuesday more than 367,000 people in the South had been tested -- processes that are free to anyone referred by doctors, those who have links to a confirmed case, and individuals who test positive.

The US has the third-highest number of confirmed cases globally with 55,000, behind China and Italy, and did little testing initially.

Trump's request for test kits came as he called for a quick end to social distancing and declared the beginning of the end of the health crisis in the US.

"President Trump of the United States... made a request to us for the urgent provision of quarantine items such as diagnostic kits," Moon said while visiting a test developer in Seoul.

During their phone call Moon told Trump the equipment could require US FDA approval, which Trump said he would seek "within the day", the South's presidential Blue House said earlier in a separate statement.

"If there is a domestic surplus, I will support as much as possible," Moon told Trump.

No indication was given on quantities, or whether the supplies would be donated or provided on a commercial basis.

The White House confirmed that the two leaders spoke on Tuesday, but did not say whether Trump made any such request.

Trump, who is keen to get his reelection campaign back on track, on Tuesday said social distancing has caused too much pain to the US economy, adding "we lose thousands and thousands of people a year to the flu. We don't turn the country off."

Seoul and Washington are in a security alliance but their relations have recently been strained by the Trump administration's demands the South pay billions of dollars more towards the costs of 28,500 US troops stationed in the country to protect it from the nuclear-armed North.