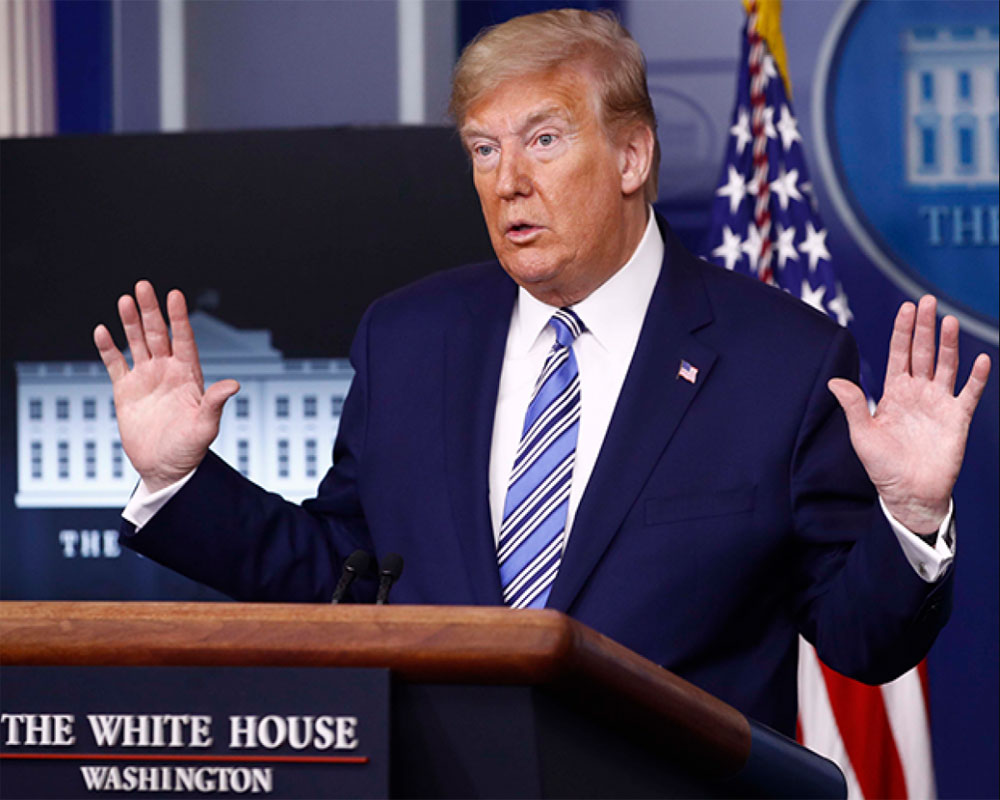 US President Donald Trump has said he has not been blunt with Democratic vice-presidential candidate Senator Kamala Harris and did not see her as a threat in this presidential election.

Democratic presidential candidate Joe Biden, 77, scripted history by selecting 55-year-old Harris, an Indian-American and an African-American, as his running mate in the election on November 3.

Born to a Jamaican father and an Indian mother, California senator Harris, if elected, would be second in line of succession after Biden.

"No, I haven't been blunt. I said she treated Joe Biden worse than anybody else. I watch those debates. They were very boring but they were debates nevertheless. I watched pretty good parts of them," Trump told reporters at a White House news conference on Friday.

"She treated Biden worse than anybody else by far. There was nobody, including Pocahontas, nobody treated Biden so badly as Kamala," he said.

Trump was responding to a series of questions on Harris.

When asked if he has an issue with a strong woman of colour being in this presidential race, Trump said, "None whatsoever".

"As you know, none whatsoever. No, not at all," Trump said when asked if he saw Harris as a threat in this election.

Often called a trailblazer, Harris is the first ever African-American and Indian-American to be selected by one of the two major political parties of the US for the second-highest elected office.

Surprised by the selection of Harris as the vice-presidential candidate, Trump and his campaign have been critical of the senator.

Harris was born on October 20 in 1964, at Oakland in California. Her mother Shyamala Gopalan migrated to the US from Tamil Nadu in India, while her father, Donald J Harris, moved to the US from Jamaica.