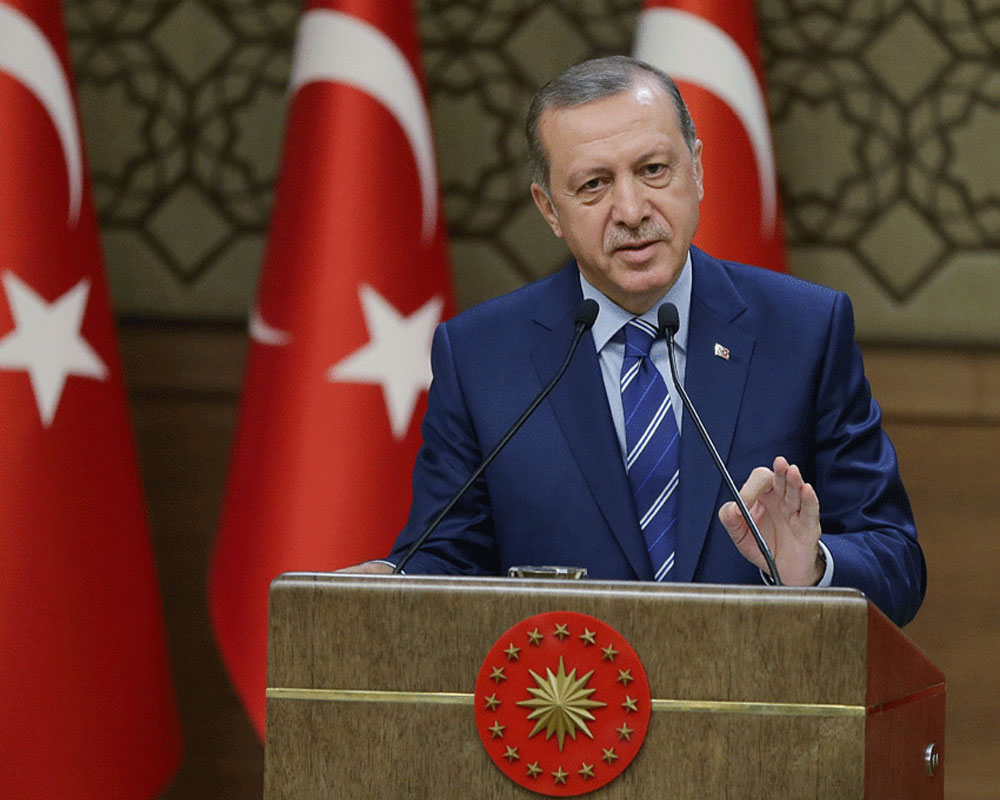 Turkish President Recep Tayyip Erdogan is suing Dutch lawmaker Geert Wilders after the anti-Islam politician posted a series of tweets against the Turkish leader, including one that described him as a “terrorist.” The state-run Anadolu Agency said Erdogan's lawyer on Tuesday filed a criminal complaint against Wilders at the Ankara Chief Prosecutor's office for “insulting the president” -- a crime in Turkey punishable by up to four years in prison.

Wilders posted a cartoon depicting Erdogan wearing a bomb-resembling hat on his head, with the comment: “terrorist.”

Erdogan has persistently sued people for alleged insults since he took office as president in 2014. Thousands have been convicted. More than 29,000 people were prosecuted on charges of insulting Erdogan last year, according to the Birgun newspaper.

The complaint against Wilders, whose political career has been based largely on his strident anti-Islam rhetoric, accused him of using language “insulting the honour and dignity of our president and of targeting Erdogan's personality, dignity and reputation,” according to Anadolu.

Wilders, who leads the largest opposition party in the Dutch Parliament, shrugged off the Turkish criminal complaint and described Erdogan as a “loser.” Wilders has lived under tight security for 16 years due to death threats following his anti-Islam rhetoric.

On Monday, Turkey's Daily Sabah newspaper, which is close to Erdogan, printed pictures of Wilders and Macron, with the headline: “the two faces of hatred and racism in Europe.”