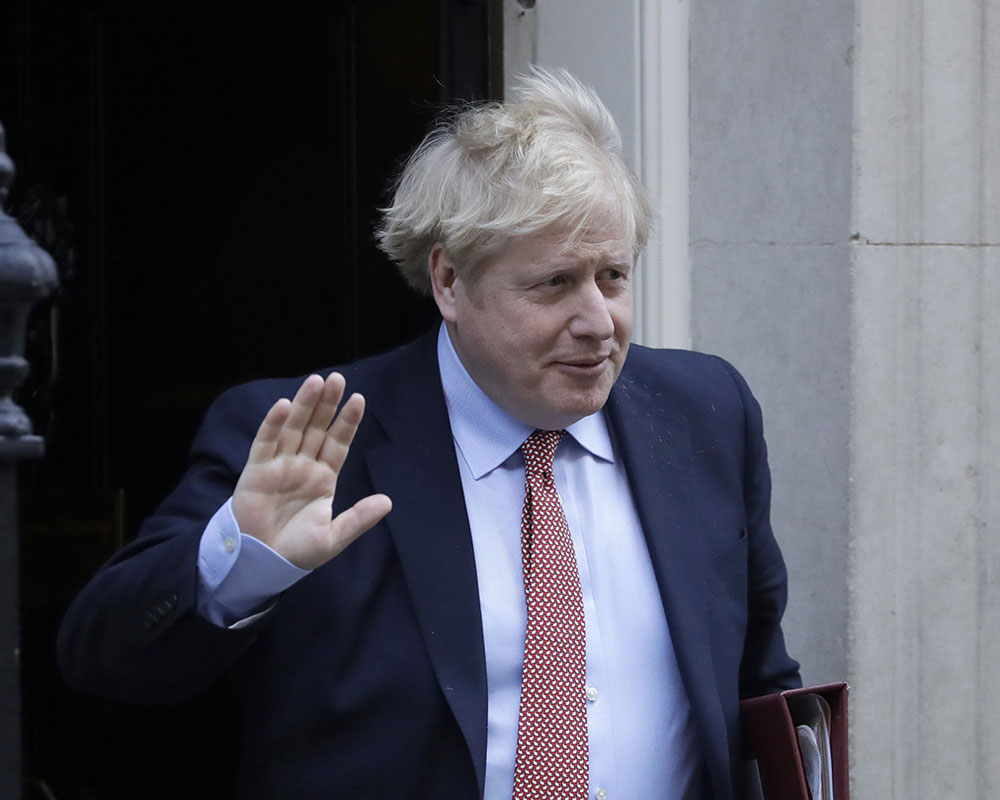 British Prime Minister Boris Johnson has been admitted to hospital for tests after he showed "persistent symptoms of coronavirus" even 10 days after testing positive for the disease.

His hospitalisation was described as a "precautionary step" taken on the advice of his doctor, a Downing Street spokesperson said on Sunday.

Johnson, 55, was taken to a London hospital on Sunday evening with "persistent symptoms" - including a temperature.

On the advice of his doctor, the Prime Minister has tonight been admitted to hospital for tests. This is a precautionary step, as the Prime Minister continues to have persistent symptoms of coronavirus ten days after testing positive for the virus," the spokesperson said.

The Prime Minister thanks NHS staff for all of their incredible hard work and urges the public to continue to follow the Government's advice to stay at home, protect the NHS and save lives, the spokesperson added.

The prime minister remains in charge of the government, but the foreign secretary is expected to chair a coronavirus meeting on Monday, the BBC reported.

Johnson had extended self-isolation as he gave an update on his health via social media on Friday, which should have marked the end of the stipulated seven-day self-isolation period after his COVID-19 diagnosis last week.

He said he still has a temperature, one of the symptoms associated with coronavirus, and would therefore have to stay in isolation for longer.

"Although I'm feeling better and I've done my seven days of isolation, alas I still have one of the symptoms, a minor symptom, Johnson said in a new video message.

"I still have a temperature and so, in accordance with government advice, I must continue my self-isolation until that symptom itself goes," he said.

Johnson was last seen, still looking quite poorly, when he made a brief appearance at Downing Street on Thursday night to join the national clap for carers applause in appreciation of the hardwork of National Health Service (NHS) workers on the frontline of the fight against the outbreak.

"Remember that incredible clapping again last night for our fantastic NHS. We're doing it to protect them and to save lives. Let's focus on doing everything we can. Stay at home folks, protect our NHS, save lives," he said.

US President Donald Trump began a White House press briefing by sending "our nation's well wishes" for Mr Johnson's "own personal fight with the virus".

"All Americans are praying for him. He's a great friend of mine, a great gentleman and a great leader," Trump said, adding that he was sure the prime minister would be fine because he is "a strong person".