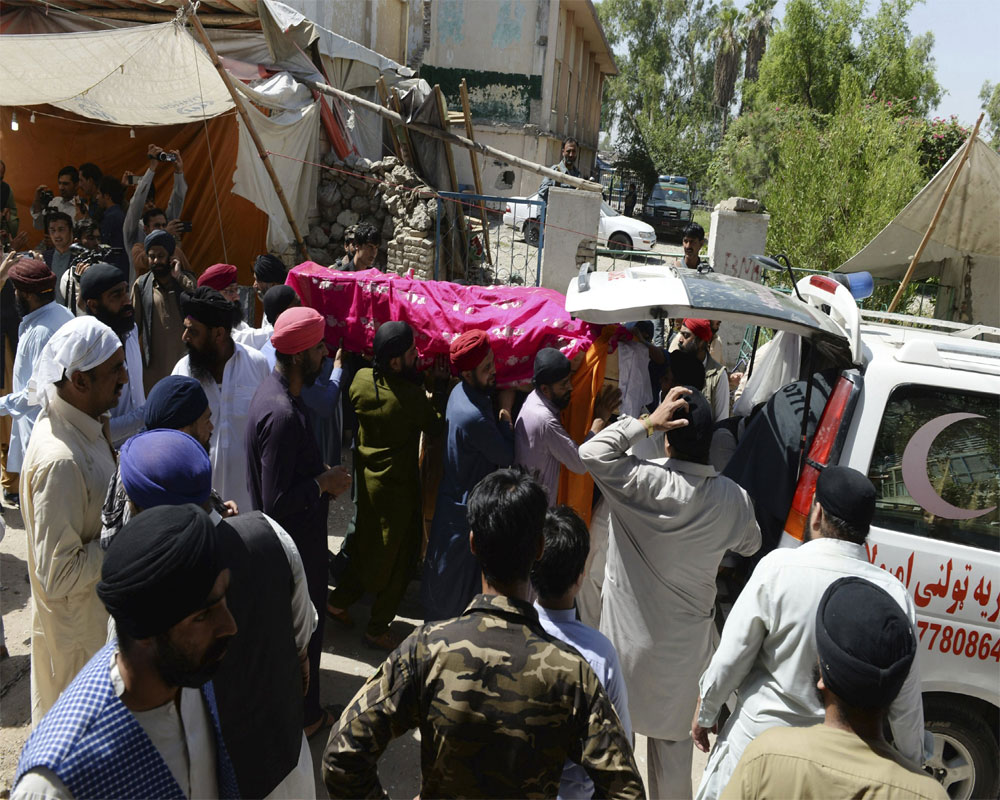 The United Nations has condemned the terrorist attack on a Gurudwara in Kabul that killed at least 25 people, with the UN chief calling for perpetrators of such crimes to be held accountable and the world body emphasising that there can be no justification for the killing of civilians at a religious house.

At least 25 worshippers were killed and eight others injured when a heavily armed suicide bomber stormed his way into a prominent Gurudwara on Wednesday in the heart of Afghanistan's capital of Kabul, in one of the deadliest attacks on the minority Sikh community in the strife-torn country.

The Islamic State (IS) terror group, which has targeted Sikhs before in Afghanistan, claimed responsibility for the attack on the Guridwara in Shor Bazar area at about 07:45 (local time) as 150 worshippers were inside the building.

The Secretary-General condemns the attack... in Kabul on a Sikh-Hindu temple in which dozens of civilians were killed and injured. He expresses his deepest sympathies to the families of the victims and wishes a speedy recovery to those injured, Secretary General Guterres' spokesman Stephane Dujarric said in a statement on Wednesday.

It added that the Secretary-General reiterates that attacks against civilians are unacceptable and those who carry out such crimes must be held accountable.

"The United Nations stands in solidarity with the people and the Government of Afghanistan and will continue supporting efforts to bring peace to their country, the statement said.

In a tweet, the United Nations Assistance Mission in Afghanistan (UNAMA) said it is "outraged" by the attack.

"There can be no justification for the killing of civilians at a religious house. Our condolences to the victims and their families."

High Representative for the United Nations Alliance of Civilizations (UNAOC) Miguel Angel Moratinos expressed his "dismay" at the terrorist attack at the Gurudwara, which killed 25 victims, including a child.

The "despicable attack comes at a time when the world is facing a pandemic which adversely impacts all of us, requiring us to stand together as "One Humanit', Moratinos said.

He stressed that attacks targeting sacred sites and worshippers are intolerable and have to stop. Recalling the UN Plan of Action to Safeguard Religious Sites, he called on all governments and relevant stakeholders to support the implementation of the plan to guarantee the sanctity of worship places and the safety of worshipers.

Moratinos said the latest attack adds to an expanding number of attacks targeting various faith communities around the world. He reiterated that such outrageous acts of terror should not dissuade us from working together to promote solidarity, respect, and peace globally.

On behalf of the UNAOC, the High Representative expressed his condolences to the victims' families and conveys his solidarity to the people and the Government of Afghanistan.