US Senate to begin impeachment trial against Trump on Jan 21

US Senate to begin impeachment trial against Trump on Jan 21 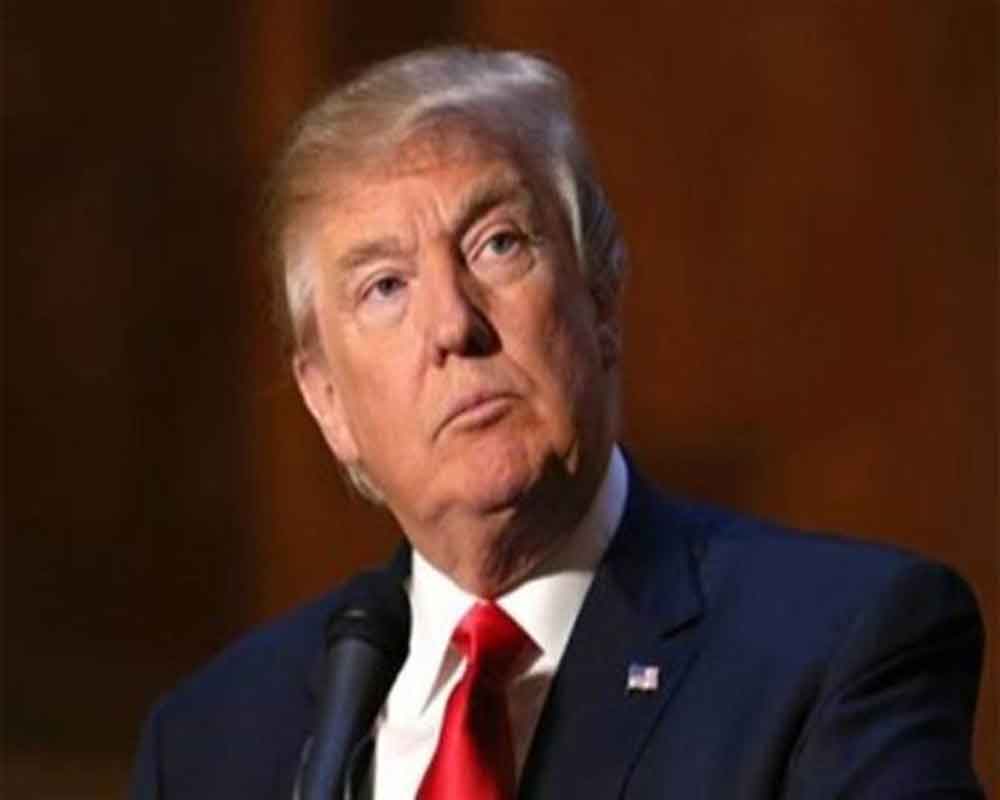 The US Senate is likely to begin the impeachment trial against President Donald Trump on January 21 after the House of Representatives last month impeached him for pressuring Ukraine to investigate a political rival, a top Republican Senator has said.

The 435-member House of Representatives, where Democrats enjoy a majority, last month charged Trump with “high crimes and misdemeanours" and impeached in vote that was based on bitter political divide.

Now, the 100-member Senate, where the Republicans are in majority, needs to put Trump on trial before he can be removed from the White House.

After holding it on for weeks, House Speaker Nancy Pelosi is expected to send its impeachment to the Senate sometime this week and that could be as early as Tuesday.               The impeachment in the Senate is unlikely to pass through given that GOP has majority in the 100-member Senate.

Top Republican Senator John Cornyn, who is also Co-Chair of the Senate India Caucus, on Monday told reporters that the Senate is likely to start the impeachment trial next Tuesday, January 21.

"We'd actually be glued to our chair starting Tuesday, I think," he said in response to a question.

According to Cornyn, after House sends its articles of impeachment, the Senate will likely take a few days to deal with logistics of the trial.

Prominent among these include Chief Justice John Roberts and all Senators and sending summons to Trump's team. The Senate will also pass a resolution establishing the trial rules.

The New York Times reported that in the coming days, Pelosi is expected to choose half-a-dozen or so managers to argue on the Senate floor for Trump's removal from office.

“Those managers, who will be selected at least partly from the House Judiciary and Intelligence committees, form just one element of a trial full of complicated procedures,” the report said.

Cornyn on the Senate floor alleged that Pelosi delaying the impeachment is hurting the Democratic presidential candidates.

“The only people who seem to gain anything from this are the Democrats who are running for president but who are not United States Senators, and thus aren't going to be tied up during the impeachment trial,” he said.

Meanwhile Republican Senators Corny, Mike Lee, and Jerry Moran announced to cosponsor Senator Josh Hawley's resolution to allow for the dismissal of articles of impeachment against Trump for failure to prosecute.

“It's been three weeks and counting since the House passed articles of impeachment, and Speaker Pelosi is still playing games after insisting the President's removal from office was urgent. This critical change will reinforce the Constitution and help prevent the House from using impeachment for personal political gain like the Speaker is sadly doing now,” Cornyn said.

“Our Constitution guarantees a fair and speedy trial to defendants, and Congress must provide these same guarantees to public officials facing impeachment. Speaker Pelosi has had three weeks to send the articles of impeachment to the Senate, but instead she is choosing to use the impeachment articles for political gain,” Moran said.

Moran said the resolution requires the Senate to move forward with impeachment trials in a timely manner and helps prevent Congress from playing political games with the impeachment procedure.

According to Senator Lee, the authors of the Constitution created the impeachment power to be a rarely used constitutional safeguard of the public trust.

“It was never meant to be a partisan tool used to harass a sitting president. This rule change will limit the House's ability to play partisan political games with impeachment. If a president is a true threat to the republic, articles to impeach him should be delivered to the Senate with haste,” Lee said.

Republican Senator Ted Cruz in an interview to NBC-Dallas-Fort Worth's ‘Lone Star Politics' said the trial in the Senate is going to be fair and would respect due process.

Democratic Senator Kamala Harris, who is of Indian origin, feared that the trial in the Senate might not be fair.

“The American people should expect their representatives in the Senate to seek the truth, not cover up the facts,” she said in her remarks on the Senate floor.

“We now face a choice: will we insist that we have one system of justice that applies equally to all? Or will we continue to have two systems of justice, in which some are above the law? […] This moment in our history will have consequences,” she said.

“The Senate is charged with deciding whether the President of the United States, with all of his power and supposed wealth, will be held accountable for his actions – or whether we will finally live up to the principle: ‘Equal Justice Under Law.',” she said.

“There is no question that President Trump's misconduct has left a vacuum of leadership in our country, and the American people are looking to the United States Senate to demonstrate that their leaders are worthy of the public's trust,” Harris said.