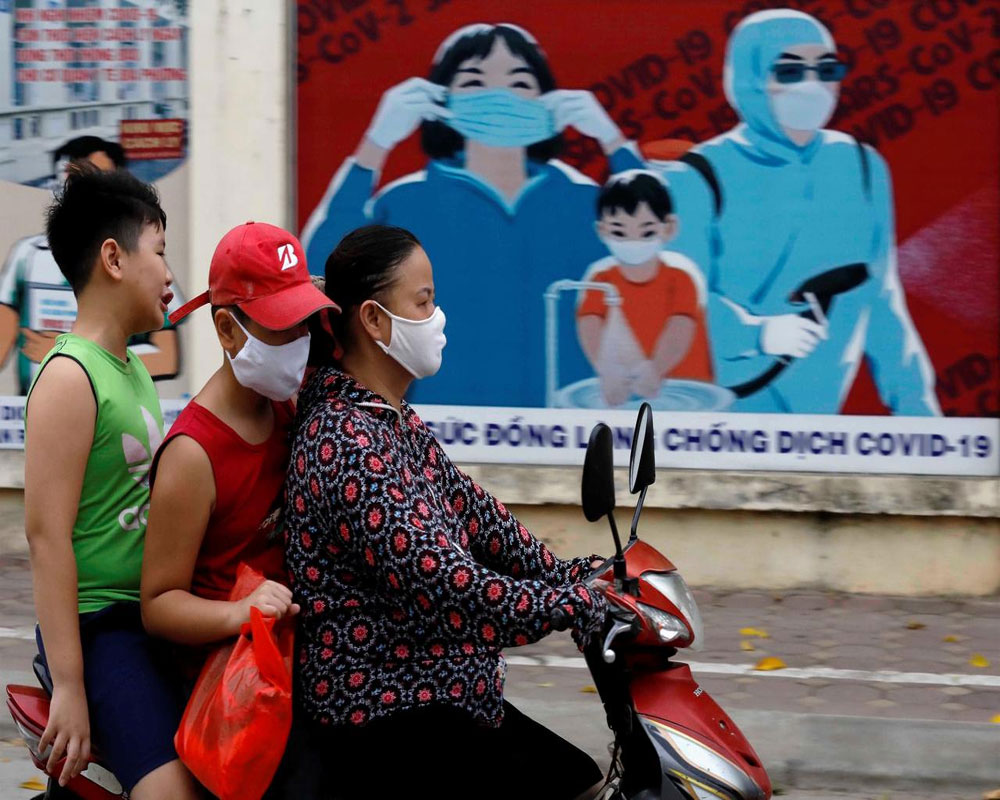 A health official says Vietnam's COVID-19 outbreak could peak in the coming 10 days as the country reported another death and scores of new infections.

Deputy Health Minister Nguyen Truong Son, who is in hot spot Da Nang to oversee the fight against the virus, says new infections have been found every day and therefore, we have to continue keeping guard up.

To cope with an increase in virus patients, Da Nang completed a 700-bed makeshift hospital on Wednesday. The hospital, converted from a sports auditorium, has a maximum capacity of 3,000 beds.

A 67-year-old woman became Vietnam's ninth fatality. She had suffered from other health complications.

Since the outbreak returned to Vietnam two weeks ago after more than three months, 270 local infections have been confirmed, most of them traced to a cluster of hospitals in Da Nang. Among the new cases are six in a high-tech industrial park in the city.

The virus has since spread to 11 provinces and municipalities, including the largest cities of Ho Chi Minh with eight cases and Hanoi with three.

Among measures to curb the outbreak, the government is encouraging the use of a smart phone app that alerts clients if they had come into contact with a person who tested positive.