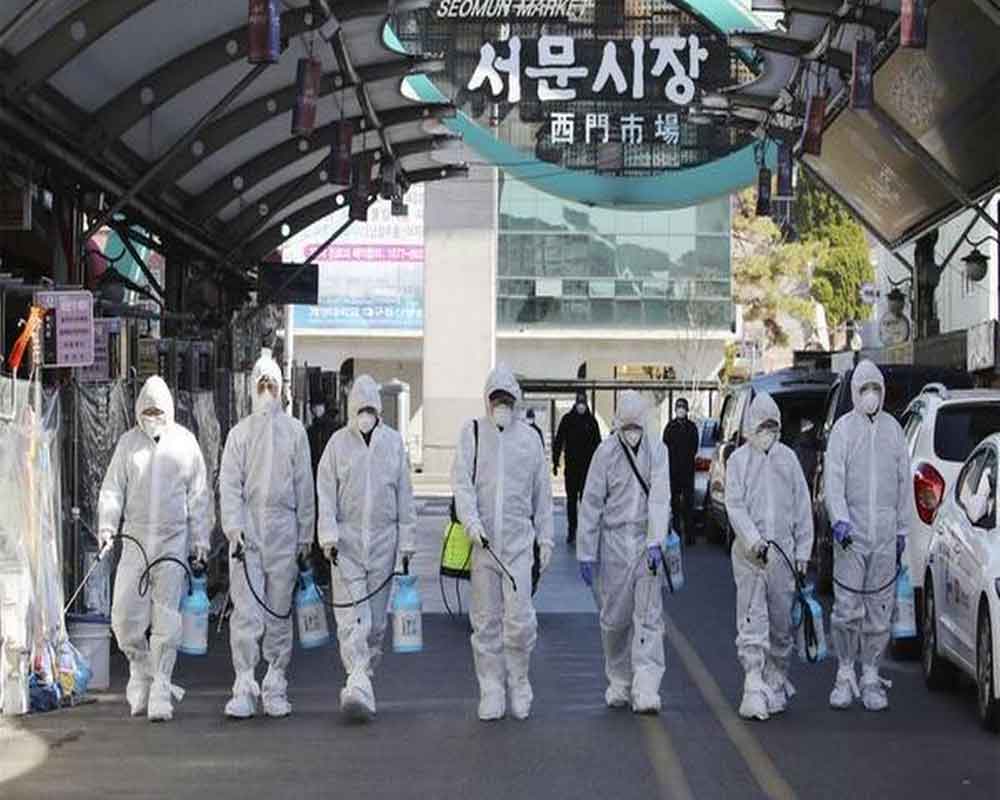 The WHO experts visited various hospitals in China's coronavirus-hit Wuhan city over the weekend as the death toll climbed to 2,592 with 150 new fatalities while the total number of confirmed cases increased to over 77,000, health officials said on Monday.

The country's National Health Commission (NHC) said it received reports of 409 new confirmed cases of the novel coronavirus infection and 150 deaths from 31 provincial-level regions on Sunday.

The overall confirmed cases on the Chinese mainland has reached 77,150 with a total of 2,592 fatalities by the end of Sunday, the NHC said.

Hubei province and its provincial capital Wuhan, the ground zero of the virus, continued to bear the brunt with 149 death while one person died in Hainan Province, it said.

The NHC also highlighted that recovered coronavirus patients have outnumbered new infections for the sixth consecutive day, indicating stabilisation of the virus situation in China.

Sunday saw 1,846 people walk out of hospital after recovery, much higher than the number of the same day's new confirmed infections which was 409, state-run Xinhua news agency reported.

A total of 24,734 patients infected with the coronavirus have been discharged from hospital after recovery by the end of Sunday, the NHC said.

The experts visited Tongji Hospital, the Wuhan Sports Centre that was converted into a temporary hospital, and the provincial centre for disease control and prevention to learn about the epidemic prevention and control as well as medical treatment, it said.

They also talked with officials and experts in the province and briefed NHC director Ma Xiaowei on their findings and suggestions, it said.

President Xi Jinping presided over a high-level meeting of officials on Sunday to review the progress of his government's efforts to contain the virus.

He warned that China's coronavirus epidemic is still "grim and complex" and called for more efforts to tackle the country's "largest public health emergency".

President Xi, who attended a meeting here to double efforts in coordinating the prevention and control of the COVID-19 outbreak, said the epidemic "has the fastest transmission, widest range of infection and has been the most difficult to prevent and control".

The meeting, in the form of tele-conference, was presided over by Chinese Premier Li Keqiang.

Xi acknowledged that the epidemic will "inevitably have a large impact on the economy and society" but the effects will be "short-term" and controllable.

"The epidemic situation remains grim and complex, and it is now a most crucial moment to curb the spread," Xi added.