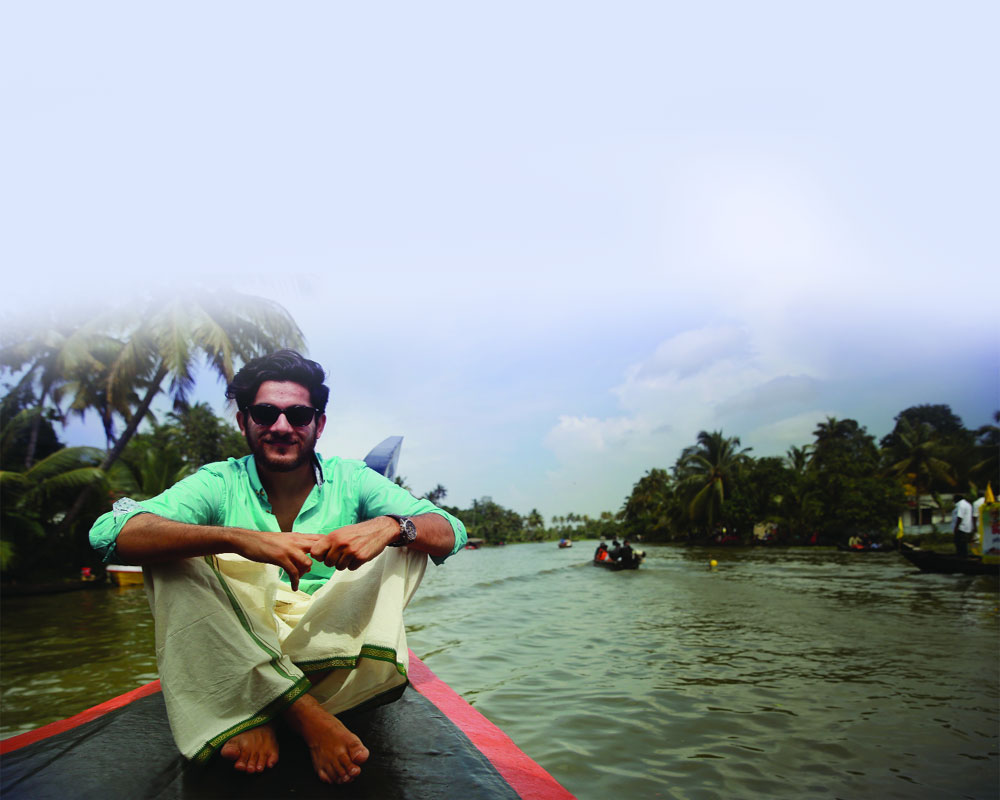 Travelling to the most vibrant corners of India, illusionist Neel Madhav unravels the cultural richness of India and explores magic in every element he stumbles upon in his new show, You Got Magic. By Team Viva

One man, seven cities and an exhilarating journey to find magical elements across India. Neel Madhav, the illusionist, is back with a thousand new tricks up his sleeve in the new show — You Got Magic With Neel Madhav. This time, the series will witness Neel bring to life the cultural richness of the country and unravel folk secrets across places like Dehradun, Kerala, Uttarakhand, Ahmedabad, Agra, Deogarh and Chandigarh. Excerpts:

Can you tell us about the series — You Got Magic with Neel Madhav?

In the show, I travel to places in and around India to explore magic with locals and also, to feel the magic of each place. So, we are starting off with me going back to my roots, which is to Dehradun because I was in the boarding of Doon School there for almost six years. So I thought maybe lets give people a taste of the kind of education I had. I have been going to a lot of schools lately for my book promotion and something I realised that was missing was a sense of pride towards their own country. So I thought it would be a great idea to start with the basics and then move forward to the kind of magic our country offers.

Tell us some of the best memories while travelling for this series?

One of the memories is from Dehradun itself. In my school, we had a thing called the Rose Gold, it’s an auditorium which houses around 4,000 people and it was built by the students at the school. Any person who got a chance to perform at the auditorium was a huge deal. So, in the show, I got the entire school coming into the Rose Gold and did a two-hour performance for them. It was very special for me. It was me reliving my old school life.

How do the locals respond to your magic tricks?

It’s a give and take relationship. It’s not one-sided and it can never be. They make me experience their culture, food, music and more. In return, I perform my magic.

How does your interest in Neuro-Linguistic Programming and Criminal Psychology help you in your magic?

What’s so special about the cities covered in this series and why did you pick them?

Dehradun is nostalgic. We had to go there. Then we went to Kerala because we had the boat race happening there, so we were intrigued to know how communities get together for this mega event. We went to the backwaters of Kerala as well and I got to experience the boat race firsthand. That was something magical about Kerala. After that we visited Ahmedabad, there we had the kite festival happening, an amalgamation of colours. It was truly aesthetic. Kite flying is an art form and it’s about bringing humans together. We also went to Agra. It has a place called Sheroes, which is a restaurant run by acid attack survivors. How they pulled themselves out from misery and torture is as magical as anything can be. It highlighted the darkside of our culture and humanity. But those who were inflicted by the darkness came out stronger, that was inspirational. So, we encountered such amazing stories from different parts of our country. I think everyone needs to cherish and celebrate them.

How has the lockdown been for you? With restrictions on travel, what kept you busy?

Oh, it was amazing. I had no problems in lockdown whatsoever. I actually wrote my second book this lockdown. I think it was a tremendous few months. As much as the world was suffering, as much as I’d like to physically help them, but the least I could do is make people understand the workings of the mind through my book. This pandemic has pretty much increased the amount of mental health patients. So, it was quite productive. I got time to spend time with myself and respect my work.

What’s the next adventure that’s drawing your attention?

Undoubtedly, my book. The first draft has been completed. Now it’s going for checking. There’s still a little way to go. But before that happens, I am really excited about my show going live. It’s a huge platform and a lot of Indians love to watch shows that educate them about various things of our country, So I am kind of humbled to be able to show my journey on television. My show comes from a very non-judgmental perspective. I am looking forward to people taking back some magic as the show rightly says, You Got Magic.